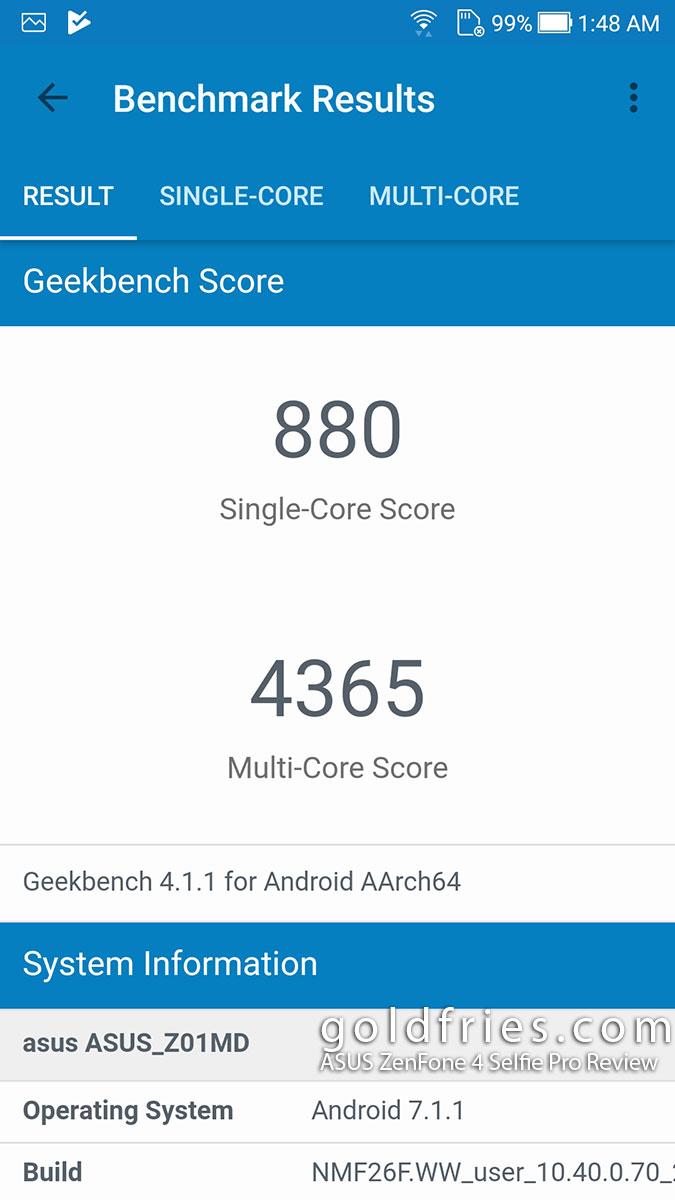 Battery life usage is gauged with PC Mark for ease of comparison. 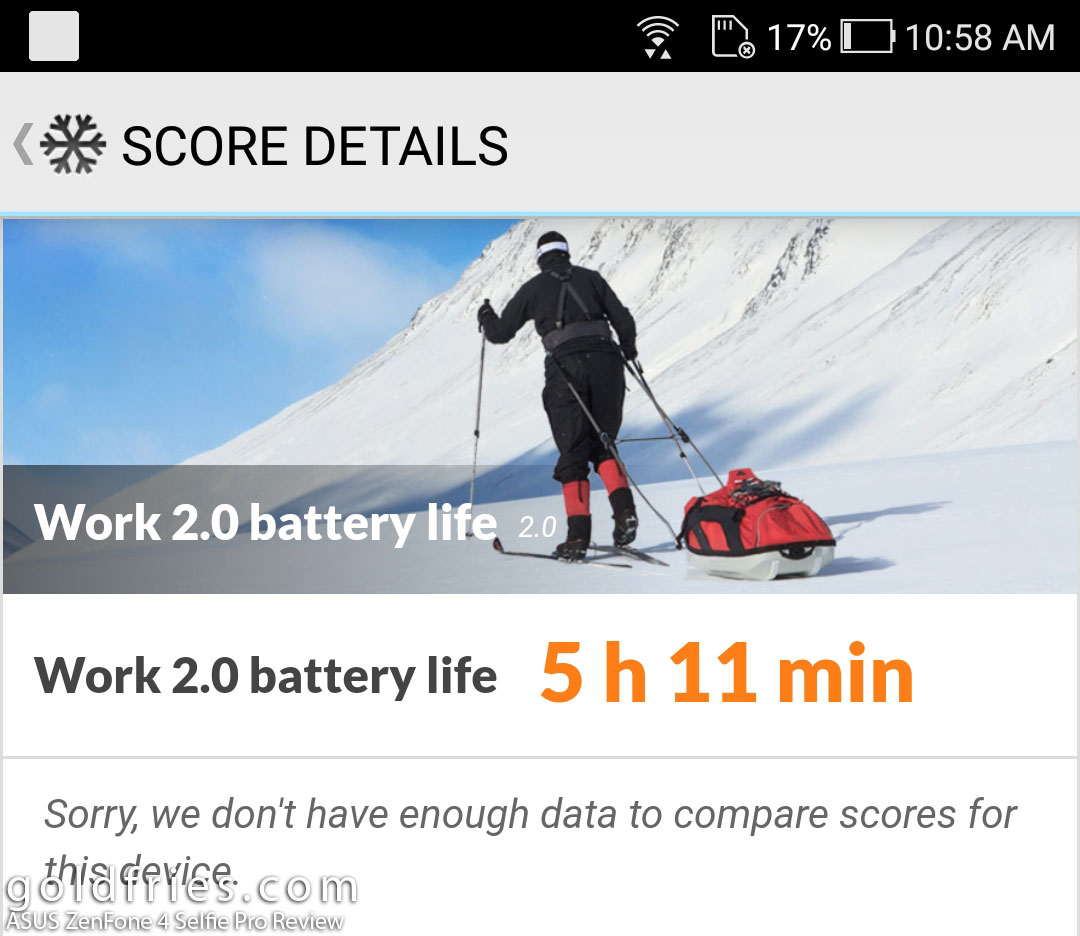 The ASUS ZenFone 4 Selfie Pro’s battery life is good, capable of loud audio output and works quite well for gaming considering it has Qualcomm Snapdragon 625 CPU and Qualcomm Adreno 506 for GPU.

I like that the unit comes with 64GB storage and 4GB memory, and that it is capable of housing Dual SIM cards and having both of them work on 4G network.

The finger print sensor is fast and accurate, I unlock the phone without any hitch for most of the time.

ASUS even bundled a clear rubber case for it but it’s only good until a proper casing is found, the rubber casing is so tough that it made pressing buttons feel (volume, power / lock) like fore-arm exercise.

The operating system feels zippy, the ASUS Zen UI is very much improved compared to previous iterations and I like it that it’s currently on Android N and will be ready for Android O as well.

The ASUS ZenFone 4 Selfie Pro retails at RM 1,799 – it sets out to be the ultimate SELFIE camera but failed miserably, the wide angle camera is hopeless while the main camera works fine in general, in fact I quite like it that it has a soft-light to make things brighter.

The saving grace for ASUS ZenFone 4 Selfie Pro is that it looks nice, feels nice, has good features such as battery life, 4K video recording capability for both front and rear cameras, massive amount of storage and memory and so on. I like the ZenFone 4 Selfie Pro as it is but the deal-breaker to me is the camera and the screen of which both fail quite badly. 4K video recording seems good, but only until the next better phone comes along.

Till then, the ASUS ZenFone 4 Selfie Pro remains as a backup phone at best, at least to me it’s like that, not forgetting to use it as a gaming device because after all there’s the ASUS Game Genie software.