A compact desktop system that doesn’t cost a bomb but packs sufficient power to get work done, that’s what the ASUS VivoPC is. 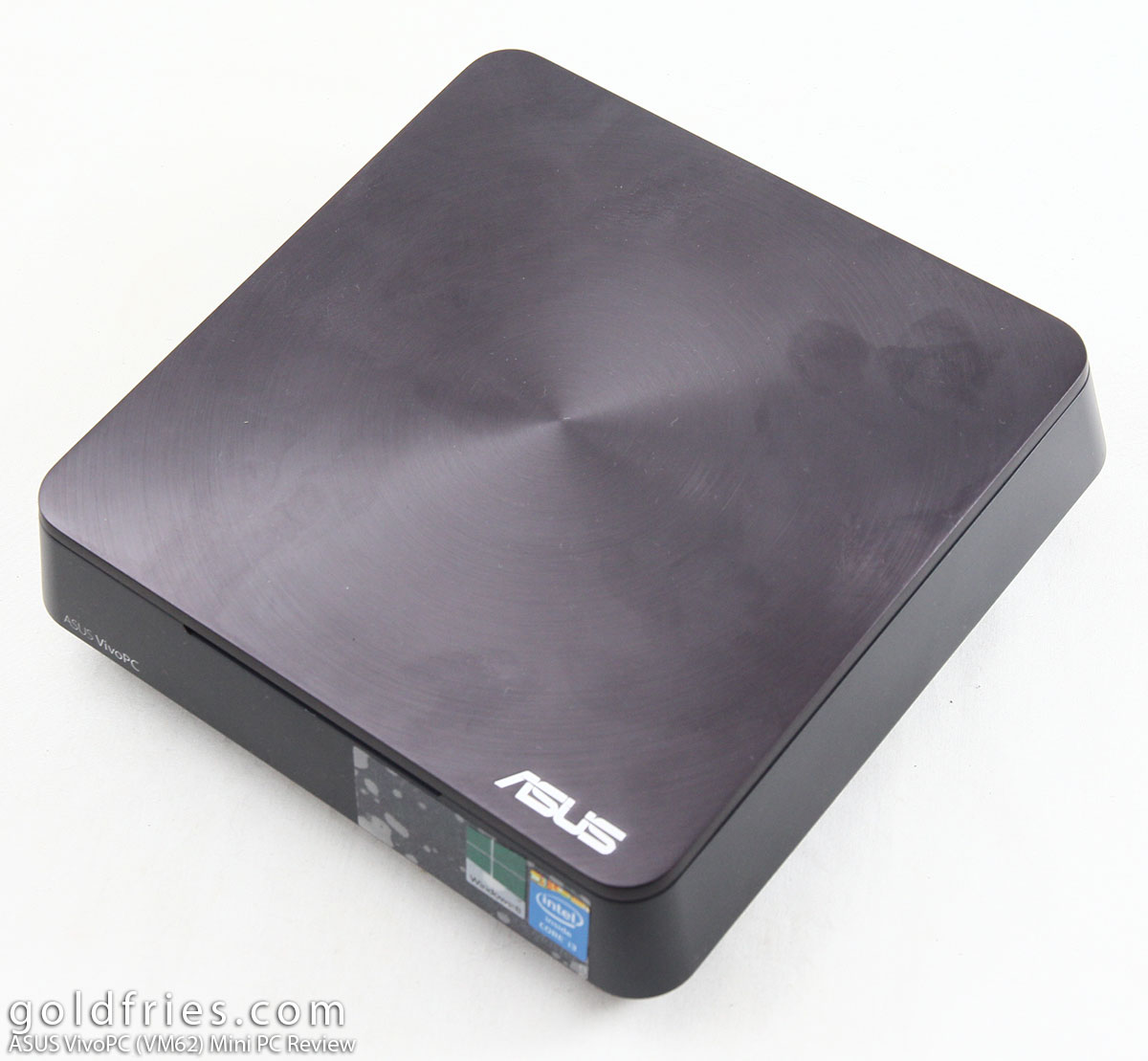 You might think that this is another ECS LIVA that I reviewed recently but it isn’t. The ASUS VivoPC is actually very different.

The VivoPC is more than twice the volume when it comes to dimension, costs almost double, comes with Windows 8.1 pre-installed, and comes with memory and drive expansion capability, not forgetting that it has greater processing power and also speakers built in. As you can see, it’s not that big after all. 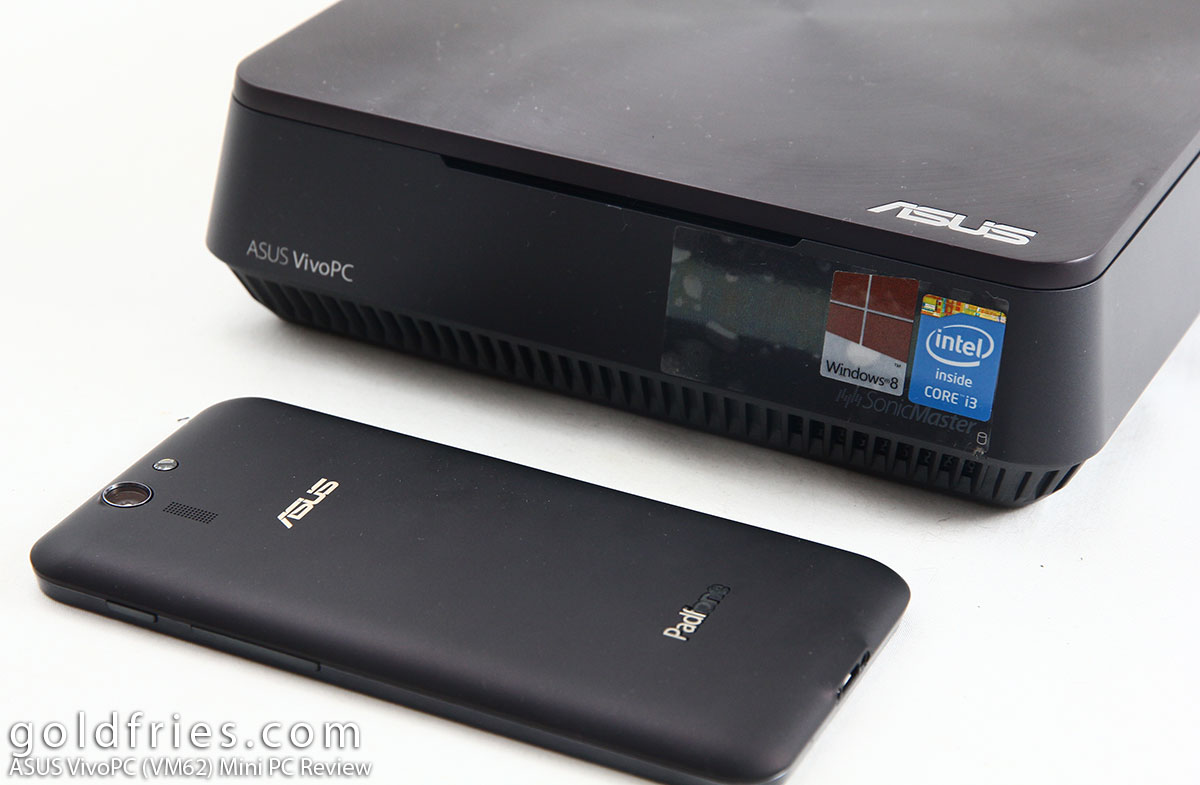 The unit in this review runs on Windows 8.1 and powered by Intel Core i3-4030U Processor, with 4GB RAM and 500GB HDD. The rest of the details are as shown in the official product page. 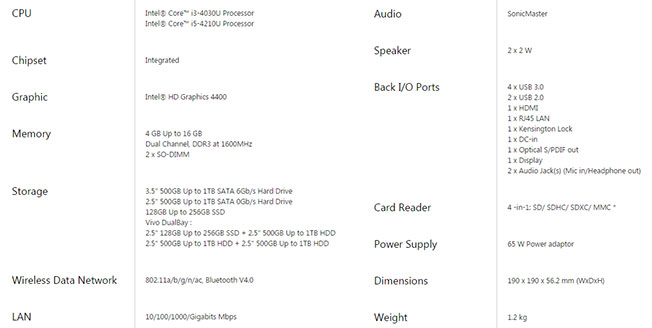 Here are some screencaps for your digestion – CPU-Z and GPU-Z. Don’t worry about the lack of details on the CPU, CPU-Z isn’t always detailed but I can assure you that it’s a Core i3. 🙂

Up next is the view from the rear, a good set of I/O port that should meet most people’s requirement. 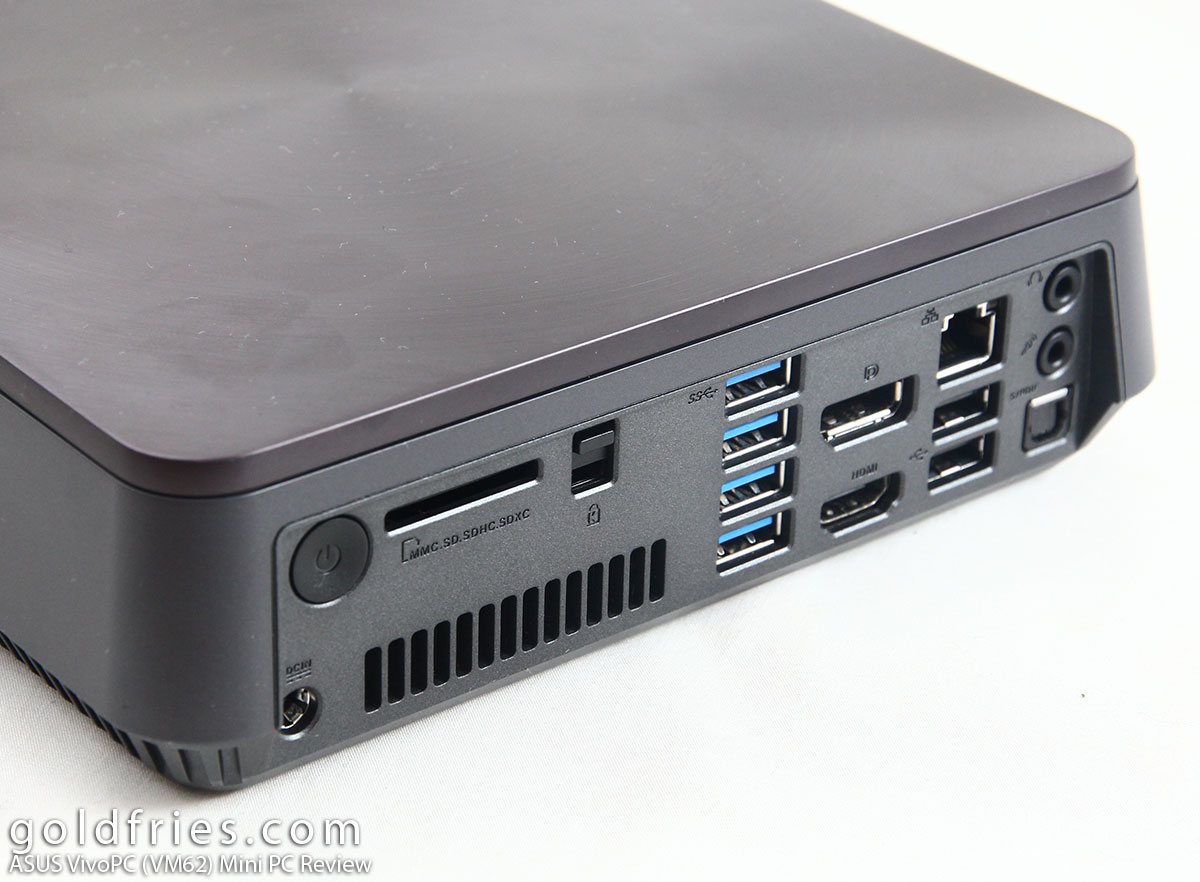 About the expansion of hard drives, this is the cage that’s right inside the system. It’s easy to remove and easy to get your additional storage space up and running. 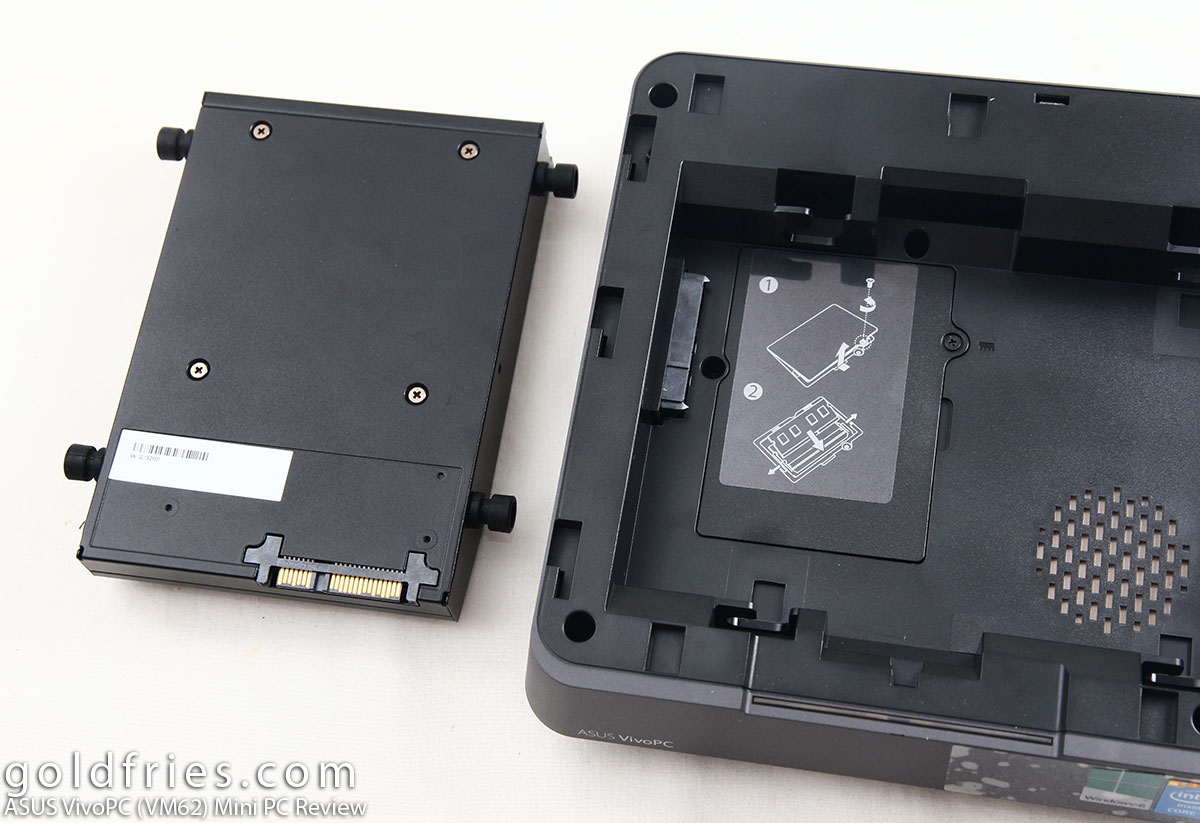 Besides that, you may expand the RAM capacity as there are 2x SODIMM slots, they’re placed under the drive bay. The unit works right out the box with no hiccups encountered. I tested the system by running my usual video encoding test. It took some 12 minutes to get the job done, which is expected from a low-power version of an Intel Core i3 processor. The temperature is very well maintained, much thanks to the good cooling and also the low-powered nature of the processor. 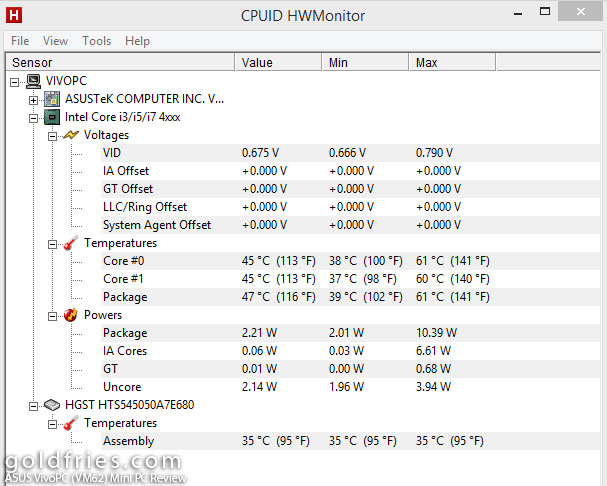 For those interested in numbers, here’s the result from PC Mark 8. 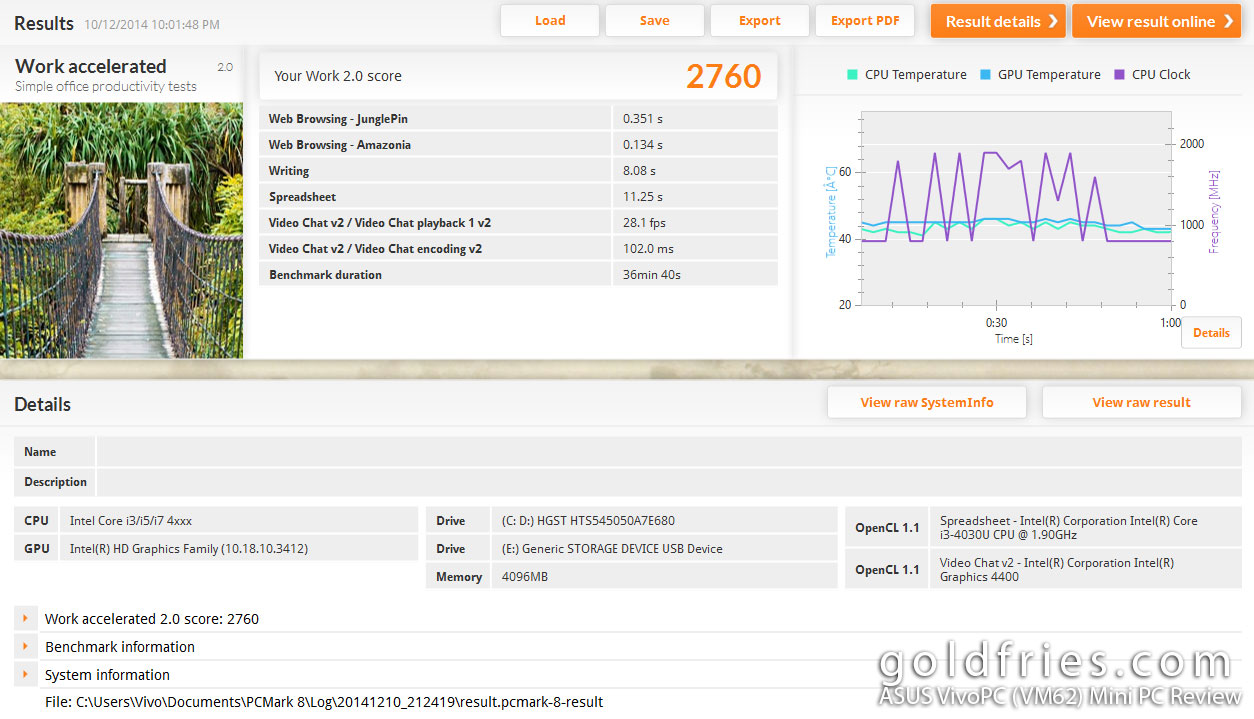 As for the audio department, the VivoPC works just fine and would be satisfying as long as you’re not one who has a specific requirement on how your audio system should sound like.

The ASUS VivoPC (VM62) Mini PC retails at 1,249 – if you need a computer to get work done then this is it because it works great right out of the box and it comes with options to expand operation capacity (only for storage and memory, no processor upgrade) to scale to your requirement. If you’re into games? Well, look elsewhere. 🙂