If there is a product that could win the award for longest name, it will be the Armaggeddon Mikoyan FOXBAT-III Ironsight-7, but just how does the product stand? Now before I begin, allow me to rant a bit on the name – you see, the “identifier” part of the name is Ironsight-7 as there’s another model called Armaggeddon Mikoyan FOXBAT-III Kevlar-13. I don’t know what’s with this brand and randomly grabbing names of military armaments or vehicles and piecing them up into a long and silly name.

The average person wouldn’t know about such details but heck I’ve been reading on military stuff since I was a kid so yeah, the naming convention is a joke. Seriously, I don’t even know how to properly start this rant so I’ll go word by word on the name (It’s a review, but I wish to talk about the funny naming convention).

Firstly – you can’t just “Mikoyan” – It has to be “Mikoyan-Gurevich” which is an aircraft design corporation, hence the abbreviated form ‘MiG’ you see in aircraft names.

FOXBAT-III – I have no idea where the III come from but the FOXBAT is NATO’s reporting name (read : code name) for the Mikoyan-Gurevich MiG-25 jet fighter.

And Ironsight-7? WTH – the Ironsight is an aiming system that’s placed at the top of a gun. Google it up.

So how does the name get this kind of silly mix – bleh, I don’t know but it’s just ridiculous.

Now for the mouse itself – it’s ugly. The markings are horrendous, I know some of you find it cool but it’s ugly in my book, regardless of what LED color that’s being lit. 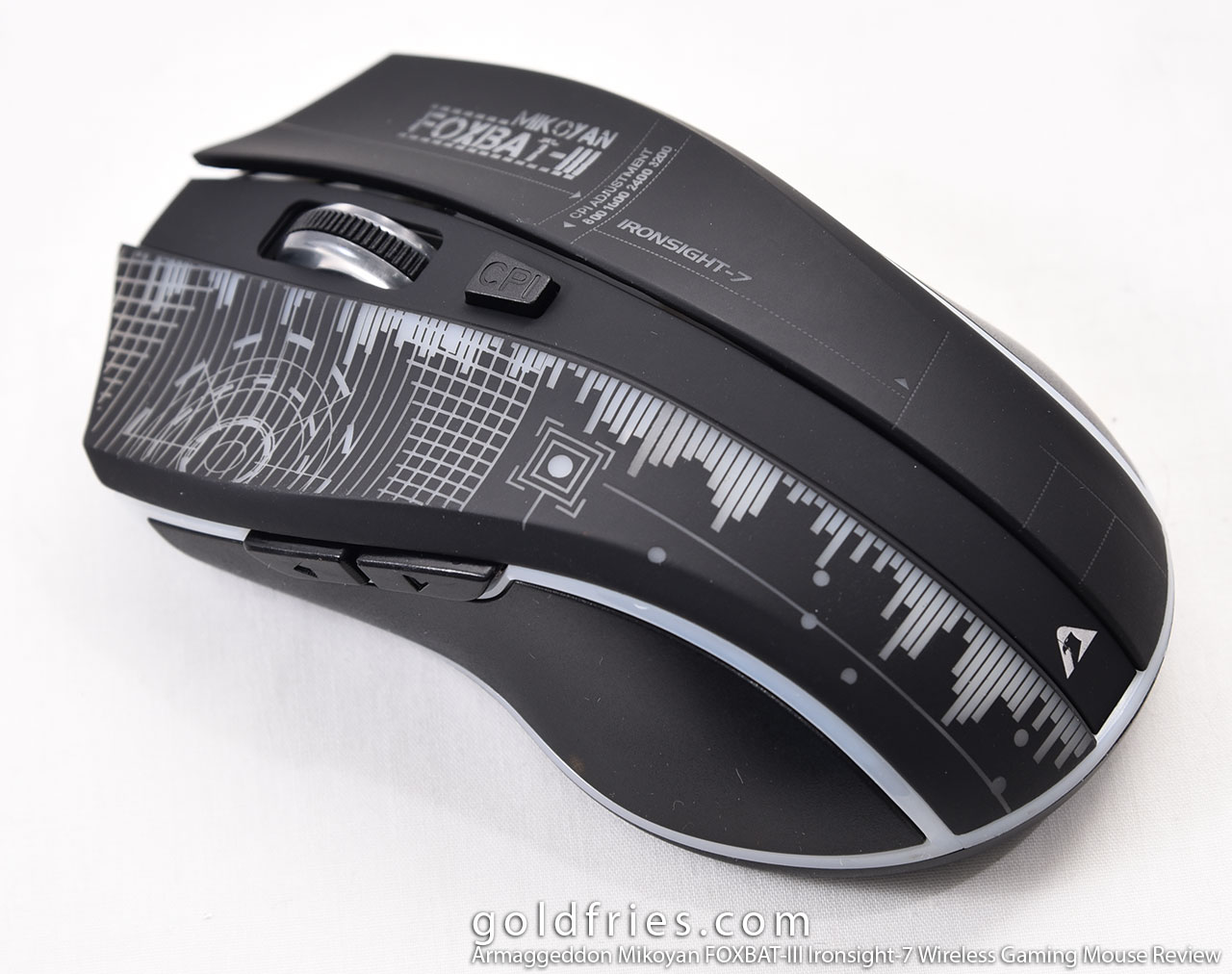 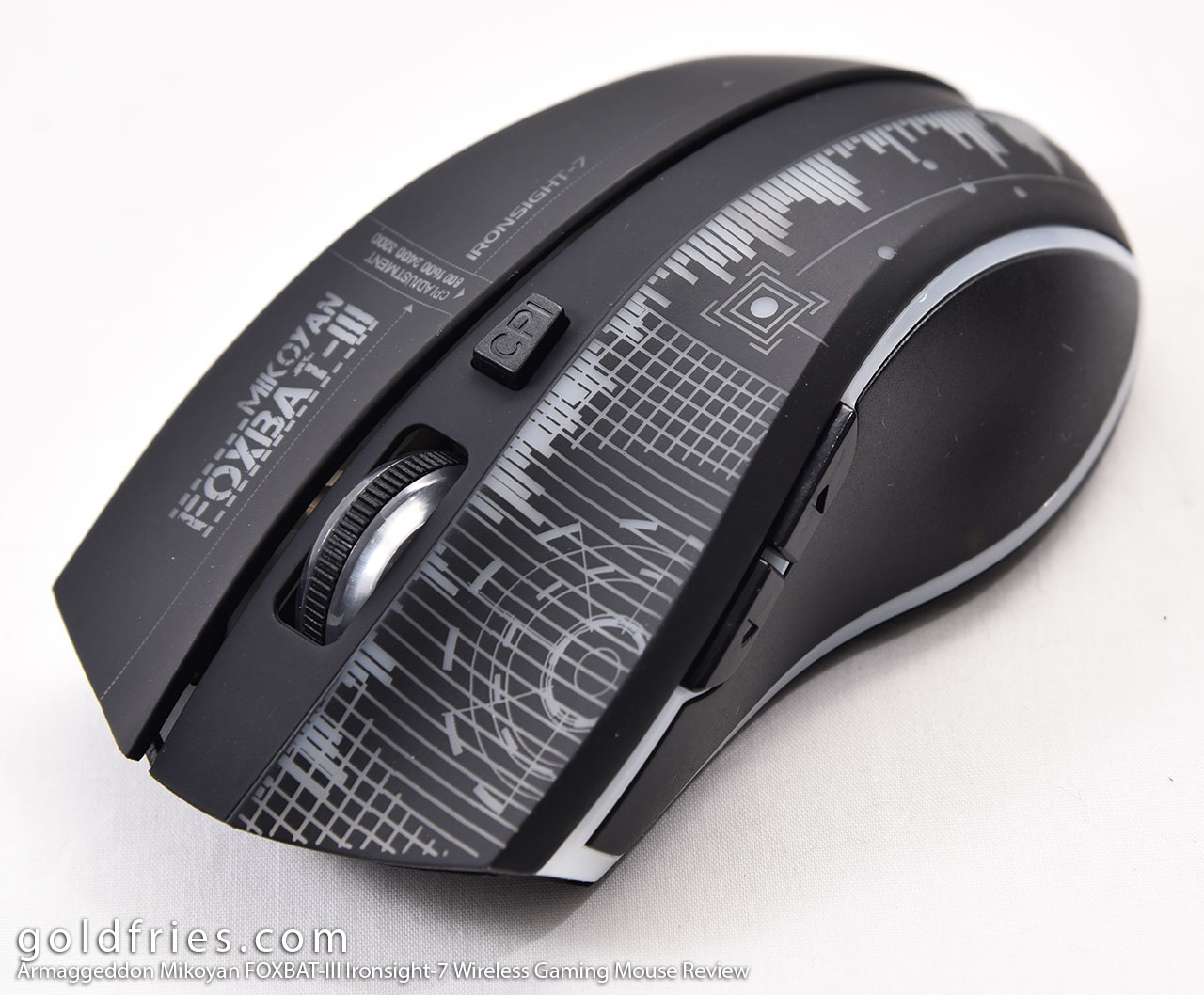 The mouse comes with a very narrow base and tiny mouse feet. 🙁 The bottom has a tiny compartment that allows you to keep the USB receiver in place. 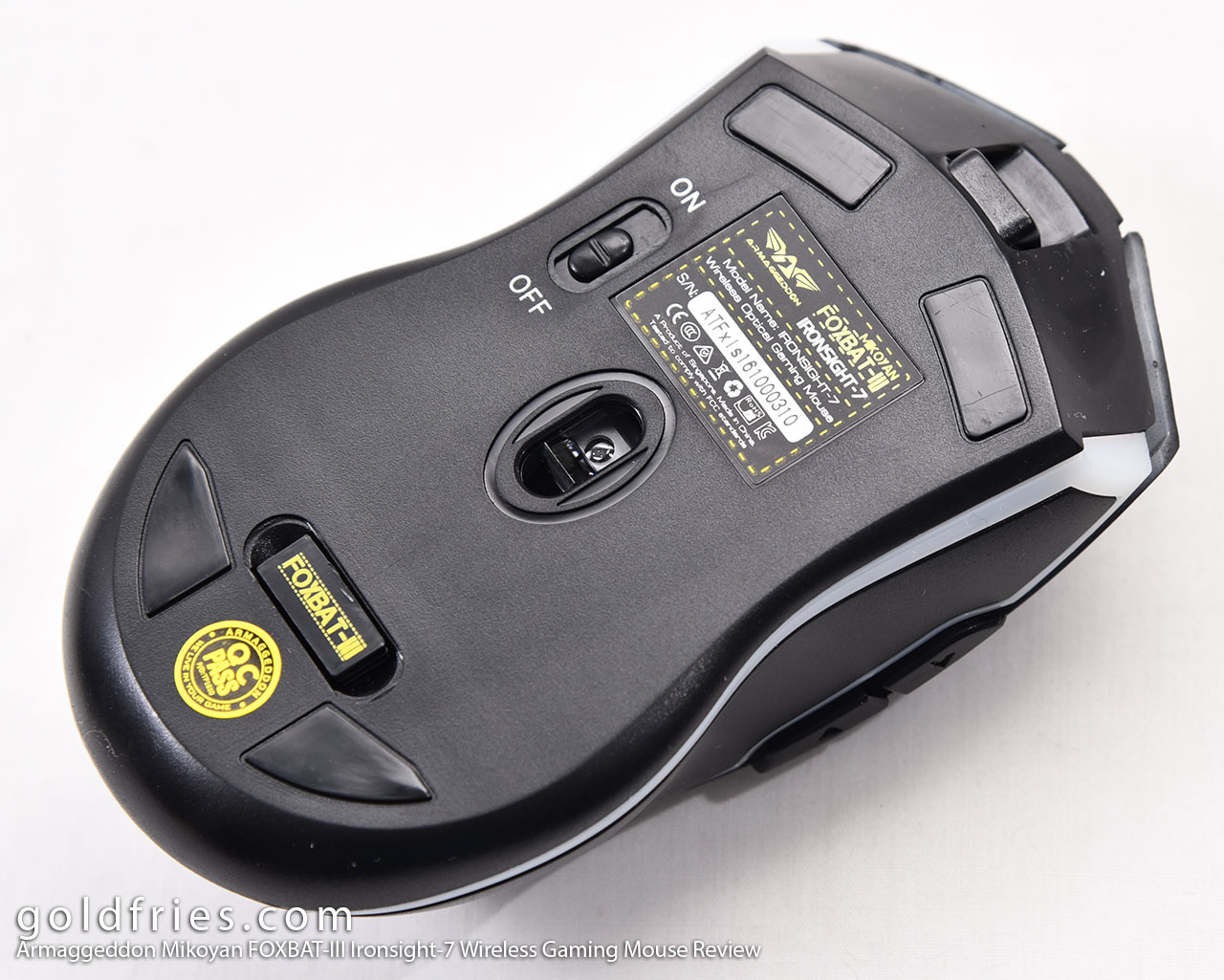 The package comes with a mouse pad, an ugly one at that. 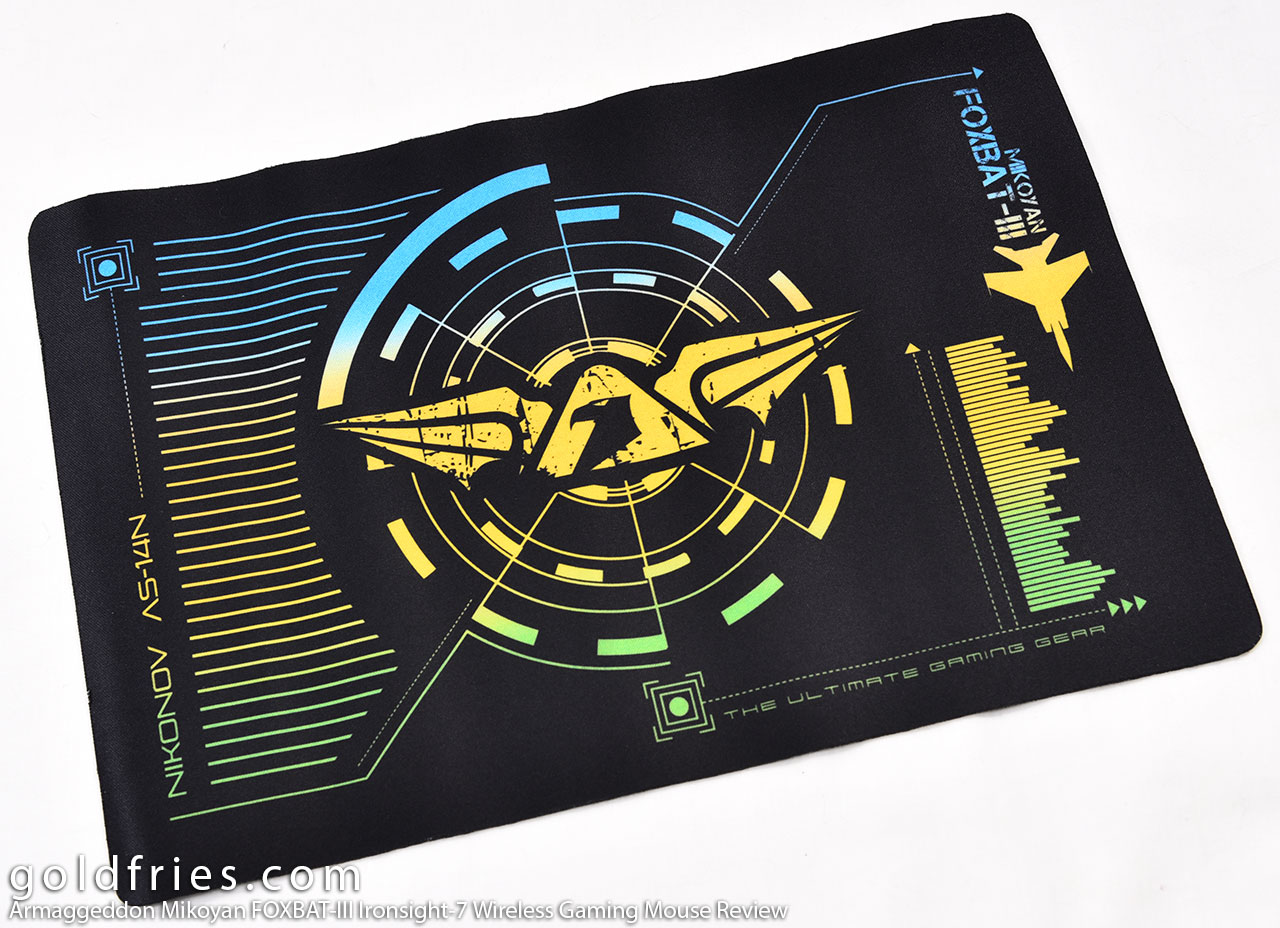 Below are the specs

The mouse is responsive and I was able to game as I would like to but the design is just so flawed. The mouse is small but the base is too narrow to make it comfortable to hold, and even with my small hands the grip felt unnatural. Build quality wise the mouse just doesn’t cut it, just a quick touch and you’ll know it’s made of poor material.

I’m also disappointed that the mouse doesn’t allow one to change LED color so you’re stuck with rainbow LED. The software for the mouse is very limited, only being able to customize the buttons and do nothing else like say CPI adjustment or tuning the LED.

Lastly the mouse pad that’s bundled in the package is just horrible, it’s so flimsy that it can’t be laid totally flat on the surface.

The Armaggeddon Mikoyan FOXBAT-III Ironsight-7 Wireless Gaming Mouse retails at RM 64 and it’s a gaming mouse that I wouldn’t recommend, if your budget is under RM 100 there’s always Logitech mice that comes with better build quality and software, even if it lacks additional buttons.