With the crazy price of mechanical keyboards these days, it’s good to see brands like Armaggeddon has affordable offerings for budget users like the Armaggeddon AK-555i-Kalashnikov. 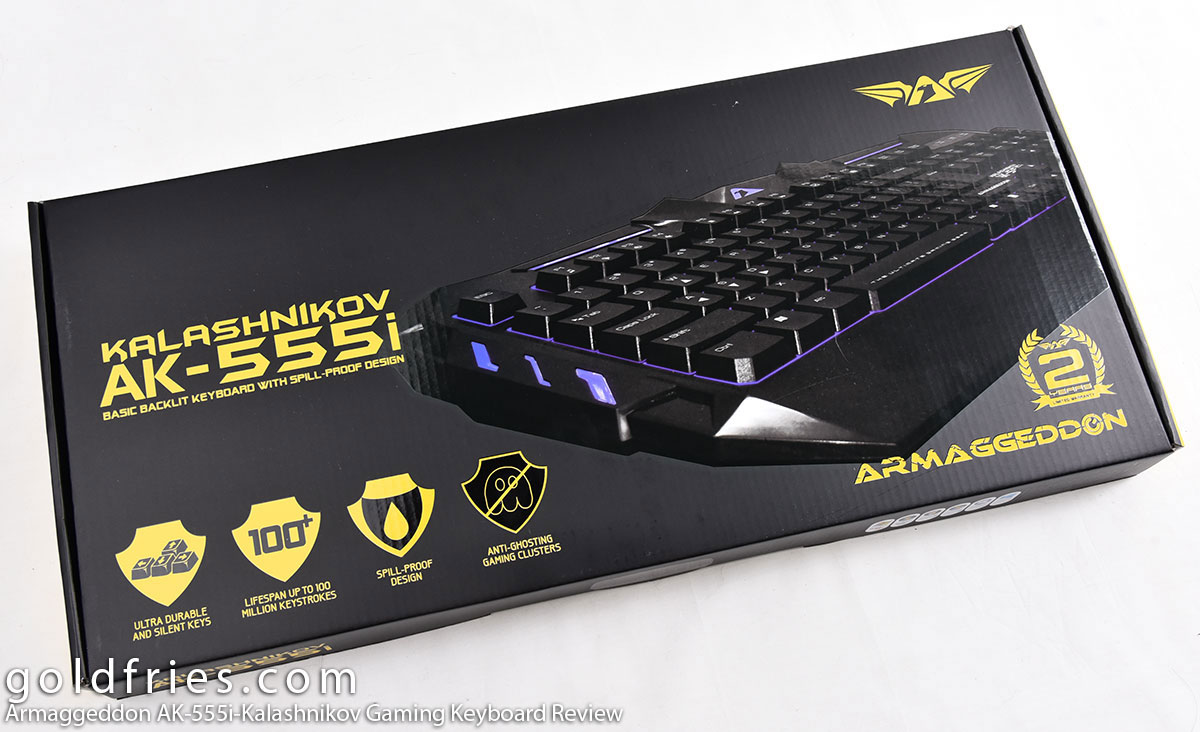 Enter the AK-555i, a no-nonsense keyboard with the following features as seen in the official product page.

The keyboard is as what you saw, and towards the front area there’s a wrist rest. 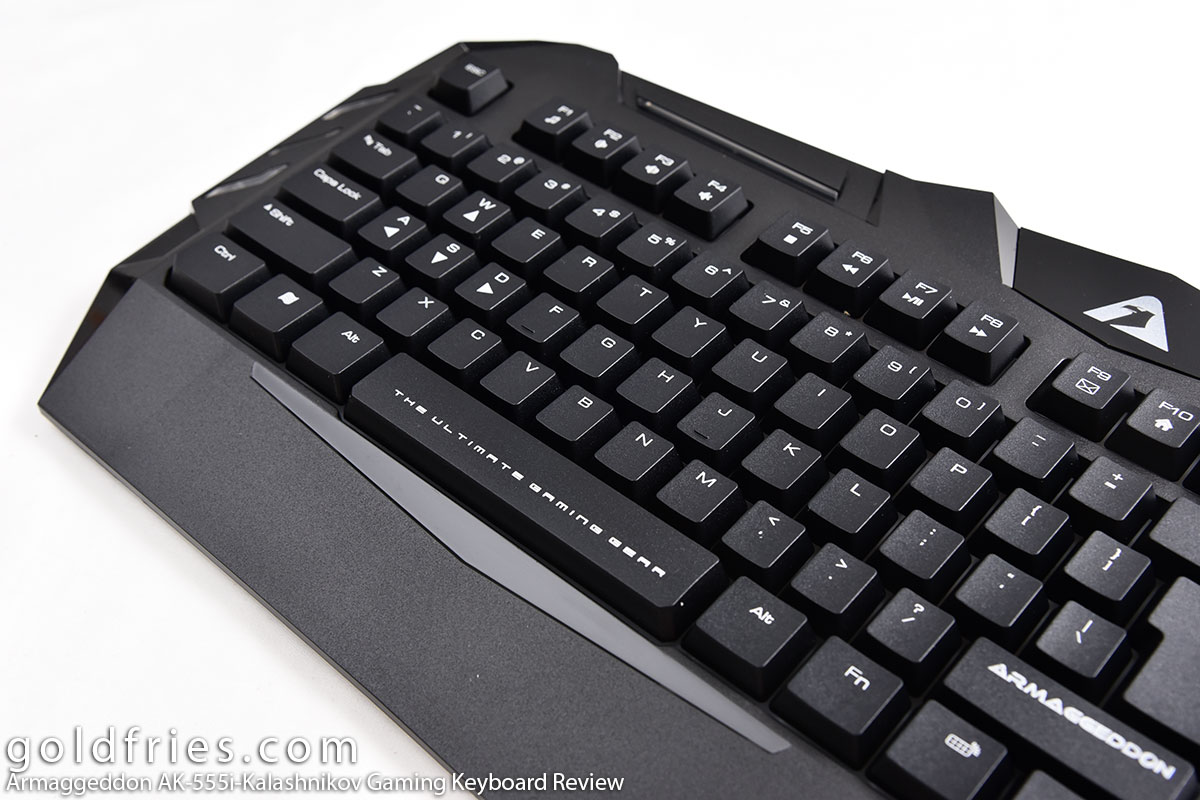 The AK-555i comes in 2 flavors – Blue LED or Red LED. The LED has adjsutable levels of brightness.

At the bottom the AK-555i comes with rubber feet towards the front but there’s no rubber contact point on the riser legs. The AK-555i is almost like the AK-550i but it costs a little less, and it doesn’t have any software that enables more functionality. On the positive side, the LED brightness is adjustable now which is unlike the AK-550i.

That aside there’s nothing much to it. It’s keyboard that attempts to feel like a brown-switch mechanical keyboard, the key caps are rough in texture and the keys require quite some effort to press.

The Armaggeddon AK-555i-Kalashnikov Gaming Keyboard retails at RM 67, it’s affordable and if you really need to cut cost then this keyboard will work fine. Here’s the thing, the AK-550i model is still in the market and other than the LED that can’t be adjusted, the AK-550i has software support and when you look at overall functionality the AK-550i costs just about RM 5 extra and performs a lot better.

As much as I think the AK-555i is good, I find that there’s no reason to recommend this keyboard when there’s the AK-550i that costs just a bit more but provides overall better experience.