Here’s what it looks like with LED on, quite attractive if I may say so myself. 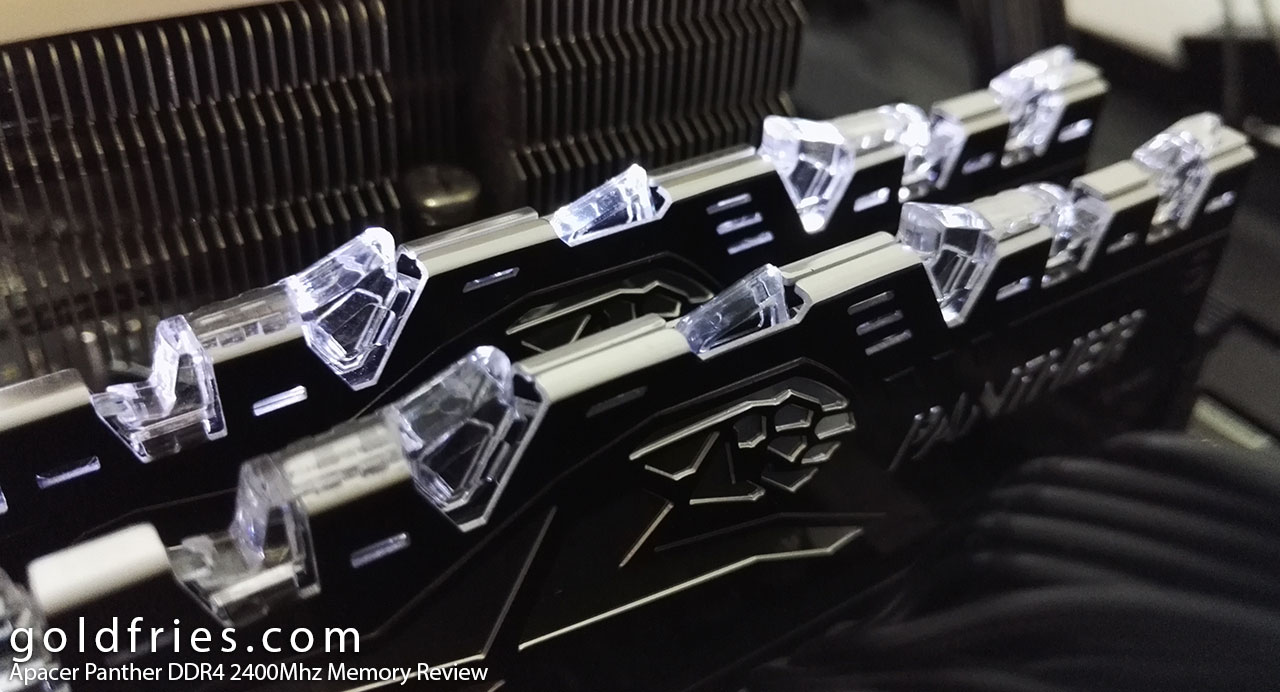 The Apacer Panther Rage DDR4 2400Mhz module is quite impressive, capable of going from 2400 to 2800 without the need to change any settings, however boosting vdimm didn’t help with tightened timings so the best gain is from the speed boost. 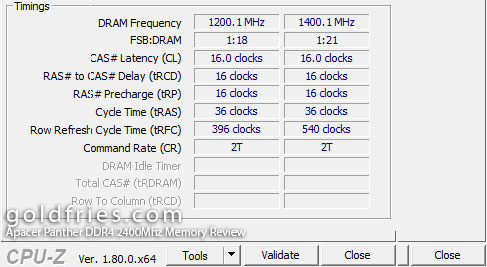 Here’s the performance difference between stock Apacer Panther Rage DDR4 2400Mhz and overclocked to 2800Mhz, stability was tested with 15 loops of Memtest64 while benchmark done on AIDA64 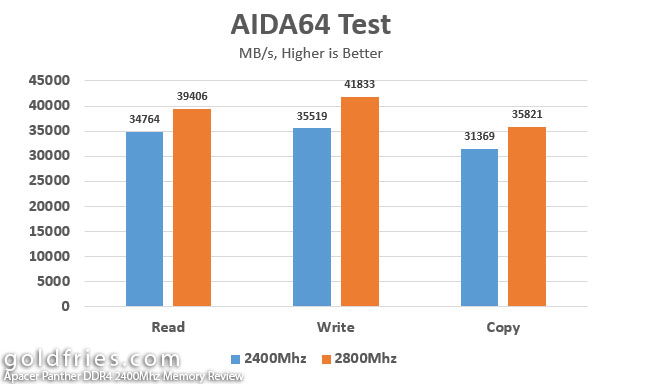 Unlike the Blade Fire that ran 3466 on Intel setup but refuses to do so on AMD setup, the Apacer Panther Rage here on the other hand runs both 2800Mhz speed on both my Intel and AMD setup.

The Apacer Panther Rage DDR4 2400Mhz retails at RM 625 and comes with 3 years warranty, the overclock and speed gain is good but one complaint I have about the unit is the build quality. It’s probably the worse among any LED DIMM that I’ve come across as the transparent piece that covers the LED are horribly loose.