What can I say – I’m totally floored by the performance, consider the fact that this RM 2,599 processor is able to outperform processors that costs double and it can do so with boards that are RM 700 or less, which is far less costly when compared to motherboards sporting Intel’s X99 chipset. 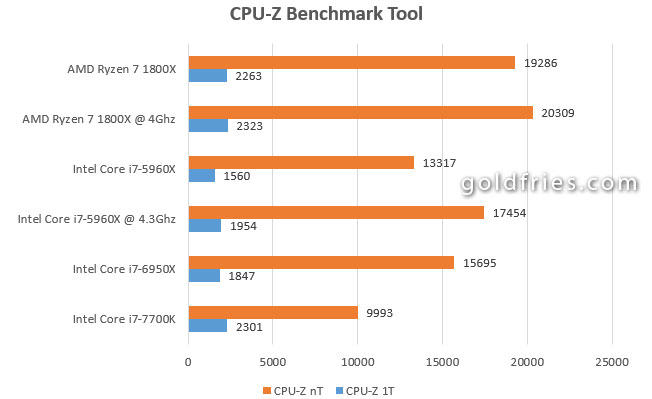 I have no idea why Full HD rendering takes that amount of time but what I observed is Adobe Premiere Pro doesn’t utilize the processor 100%, not even close. This means if the software is optimized to utilize more cores, it could get the job done even faster!

Gaming, an aspect that we can’t go without when it comes to new processors. I pit the Ryzen 7 1800X against the usual slew of benchmarks, pairing it up with the most powerful graphics card I can find and as you can see from the results, the AMD Ryzen 7 1800X is absolutely capable of gaming.

There are a few titles that the Ryzen 7 1800X loses to the Intel Core i7-5960X, regardless whether 1080P or 1440P resolution. I guess it’s safe to say that you win some, you lose some. Gaming isn’t the Ryzen’s strong point but it does fairly well. 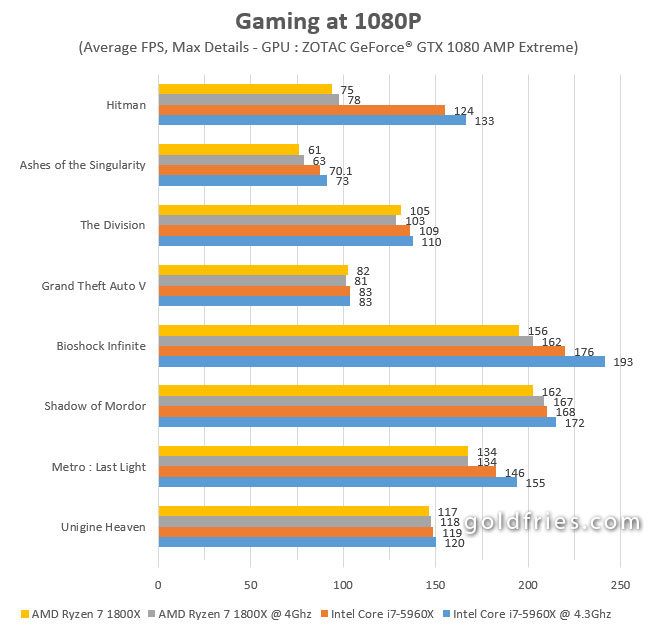 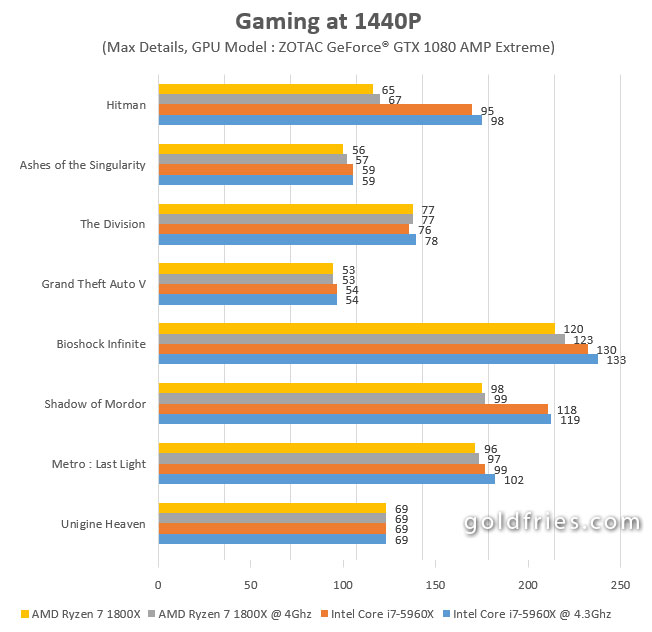 Here are some videos………

My take is that Ryzen series processor is best suited for content creation, as for gaming experience I feel that they’re still behind Intel’s offerings. Both sides of the camp can game, just that Intel counter-parts are likely to do better in games while the Ryzen range from AMD would do better for content creation.

If you recall what you saw in the benchmarks above, it’s not always the case that the Ryzen loses to the Intel CPUs, it’s only on certain games and mind you, I’m using a very high-end GTX 1080. If you run an RX 480 or GTX 1060 then you won’t feel the difference. I’ve briefly done some tests with the GTX 1070 and the difference isn’t much either, the gap is less apparent.

What’s most amazing is that Ryzen opens up a whole new avenue for both consumers and developers. For consumers, you now have far greater multi-threaded processing power at lesser cost. For the developers, you now have more cores than ever at any price point and that paves a way for game codes to utilize more core for added performance.

To sum it up – Ryzen is Amazing!