The AMD RX Vega series – the much awaited card from the red camp that’s supposed to give the team a fighting chance in the graphics department – RX Vega 64 was disappointing so would the RX Vega 56 fare any better? 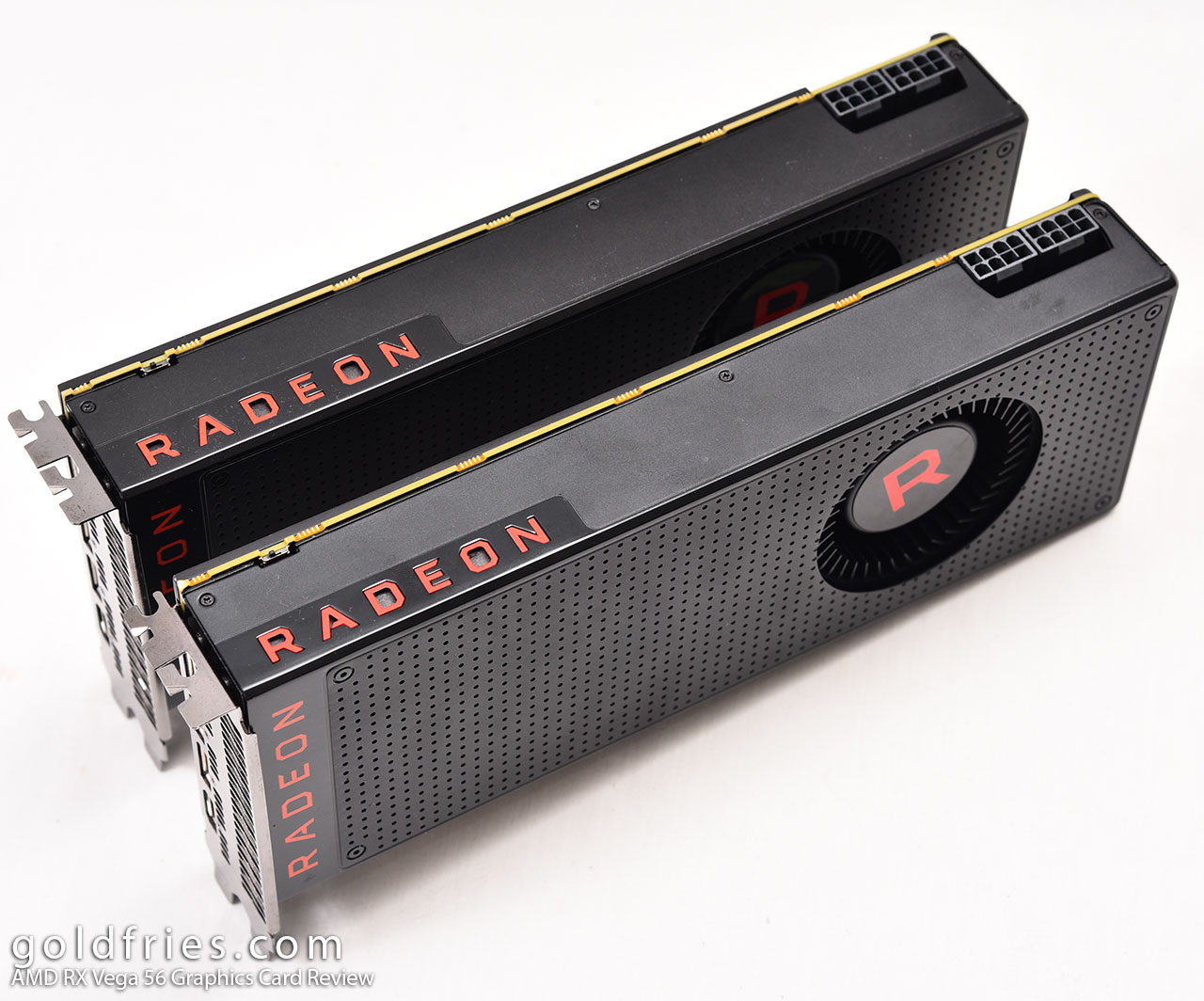 Before we look at the benchmarks, here’s a look at the RX Vega that is of AMD’s usual design which is a black box with blower fan. 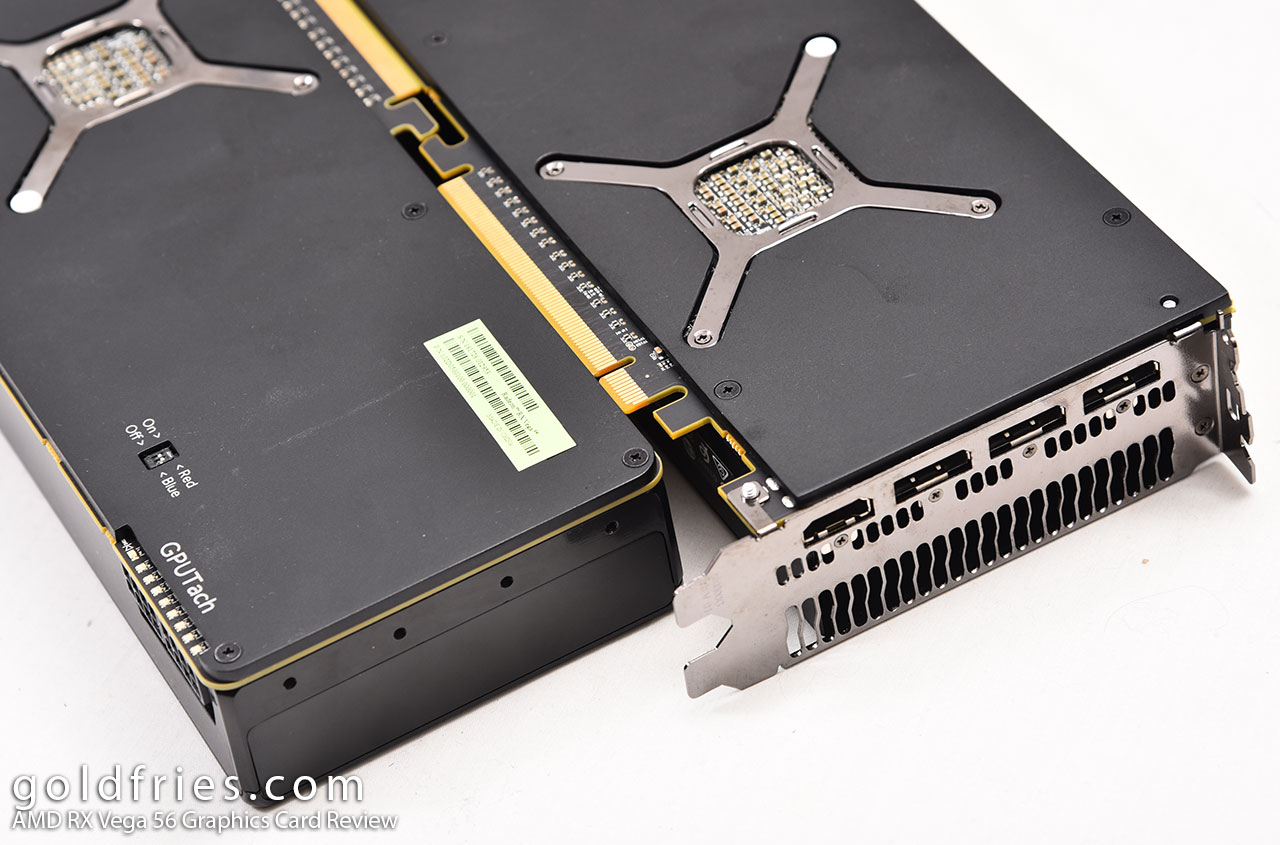 The RX Vega inherits the GPUTach from R9 Fury models where it shows the GPU load. 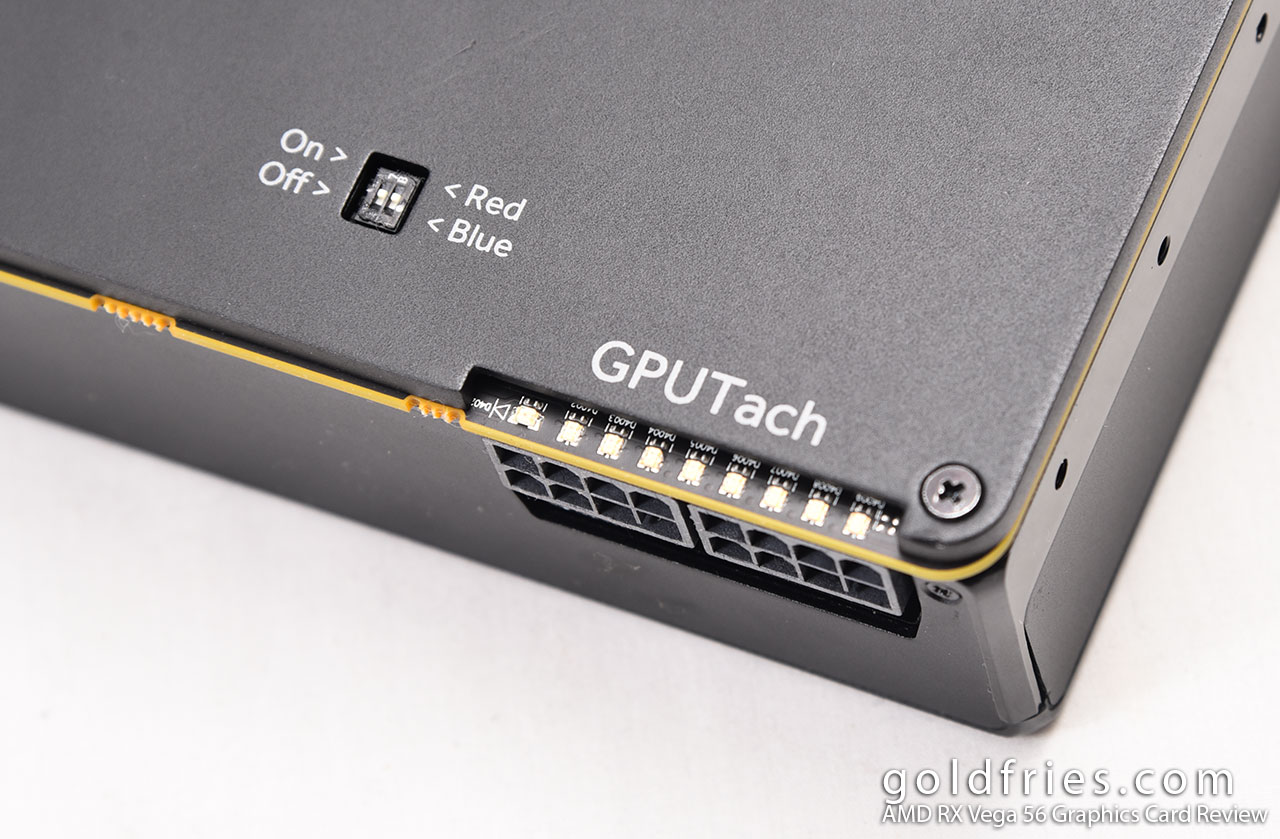 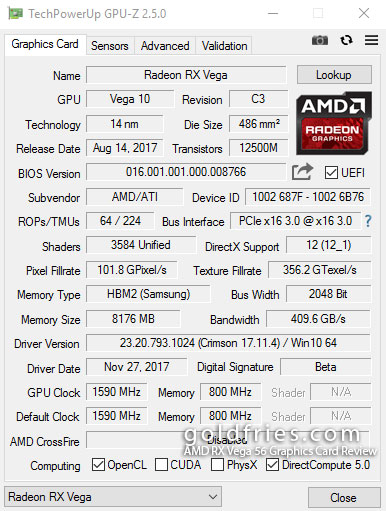 I did the benchmarks in 1080P and 1440P test and it seems that unlike the Vega 64 that is able to match the factory overclocked GTX 1080 on some occasions, the Vega 56 seems to be around 20% behind in performance.

In comparison to the GTX 1070 Ti, the RX Vega 56 could on some occasions match it while most of the time being behind in performance. 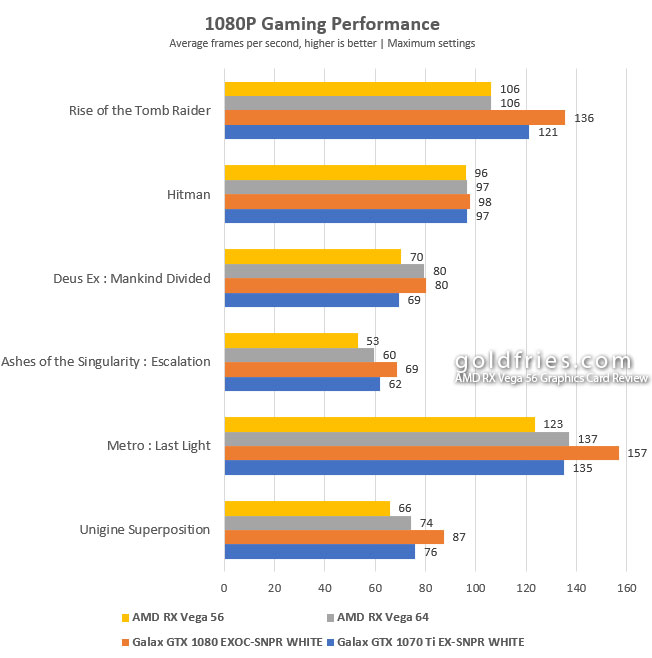 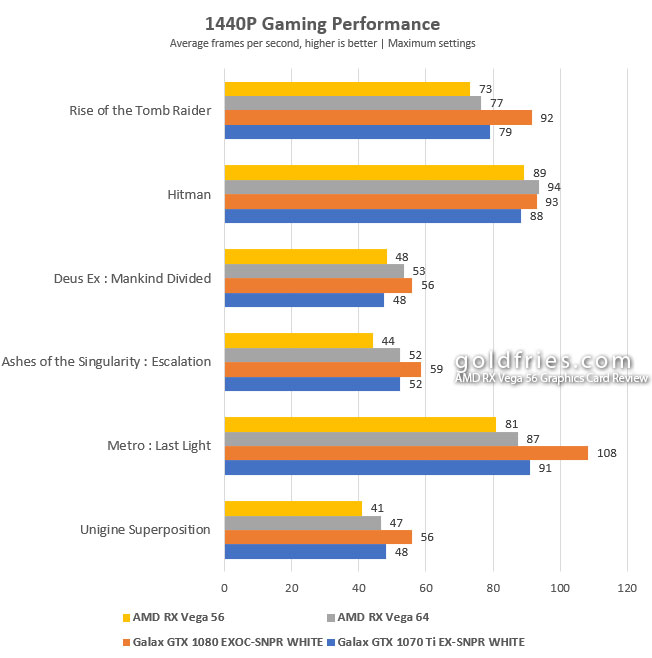 Running Furmark stress test the RX Vega 56 peaked at 74°C with fan speed hovering at 41% RPM but being of the reference model the RX Vega 64 is noisy in operation, just not as toasty and noisy compared to the RX Vega 64

If you noticed the RX Vega 56 is exactly like the RX Vega 64 – they both have 2x 8-pin PCI-E connector and from my test it seems to draw about 194W on load which is far less than that of the RX Vega 64.

The AMD RX Vega 56 delivers pretty good performance and the power draw is quite reasonable at under 200W, in some tests it performs really close to the RX Vega 64 elder brother.

The down side again is the price as the RX Vega 56’s SRP is at RM 2,699 – that’s a fair bit more than the GTX 1080. For example the GALAX GTX 1080 model that I used in this benchmark retails at just RM 2,599 and it offers much better performance and doesn’t generate insane amount of heat thus resulting in much quieter performance.

In terms of price to performance the RX Vega 56 is still unable to compete with the green camp models but if you have a Free-Sync monitor and want a higher performance card compared to the Polaris models then the RX Vega 56 should be the one for your consideration.