Old processor it is but it certainly is still available for a little less than RM 200 at your local stores. Does it do the job well as a processor? 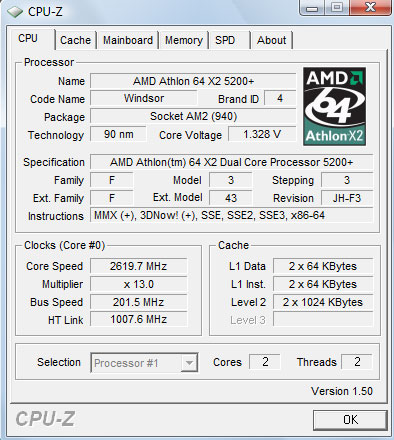 Due to time constraint, I haven’t overclocked the processor. 😀

The x264 HD Benchmark is a benchmarking tool created by graysky, a contributor at TechARP.

Simply put, it is a reproducible measure of fast your machine can encode a short, HD-quality video clip into a high quality x264 video file. It’s nice because everyone running it will use the same video clip and software. The video encoder (x264.exe) reports a fairly accurate internal benchmark (in frames per second) for each pass of the video encode and it also uses multi-core processors very efficiently. All these factors make this an ideal benchmark to compare different processors and systems to each other.

Bear in mind that they both come with different stock heatsink, thus thermal comparison is just for reference sake. 🙂

Those benchmarks – they either mean something to you or they don’t.

Generally it’s a good enough processor, if you’re on a budget and need something that does the job that it’s good to go. I’m currently using this processor for my graphic design work and occasional computer gaming.