Here’s the under side of the front panel, it seems like the colored panel is removable too in case you want to mod it to something else. 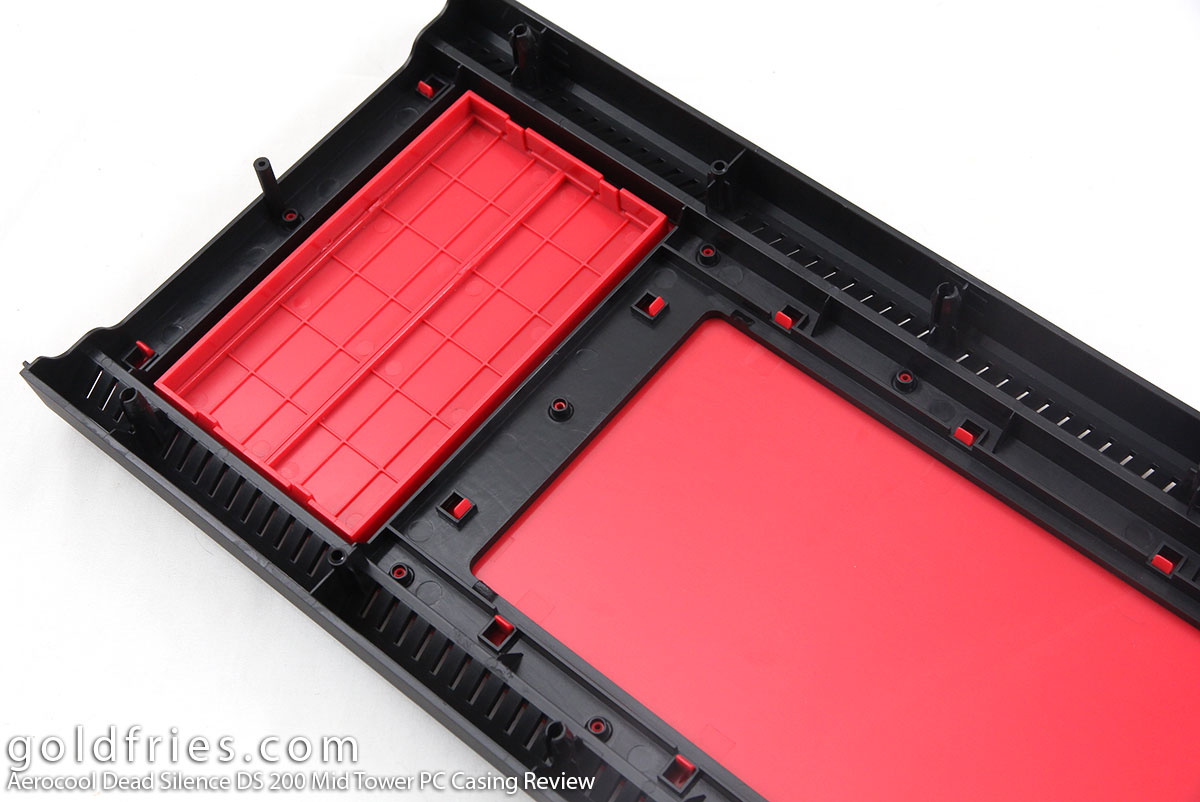 At the front of the main structure is a clip on filter that’s placed before the fan. 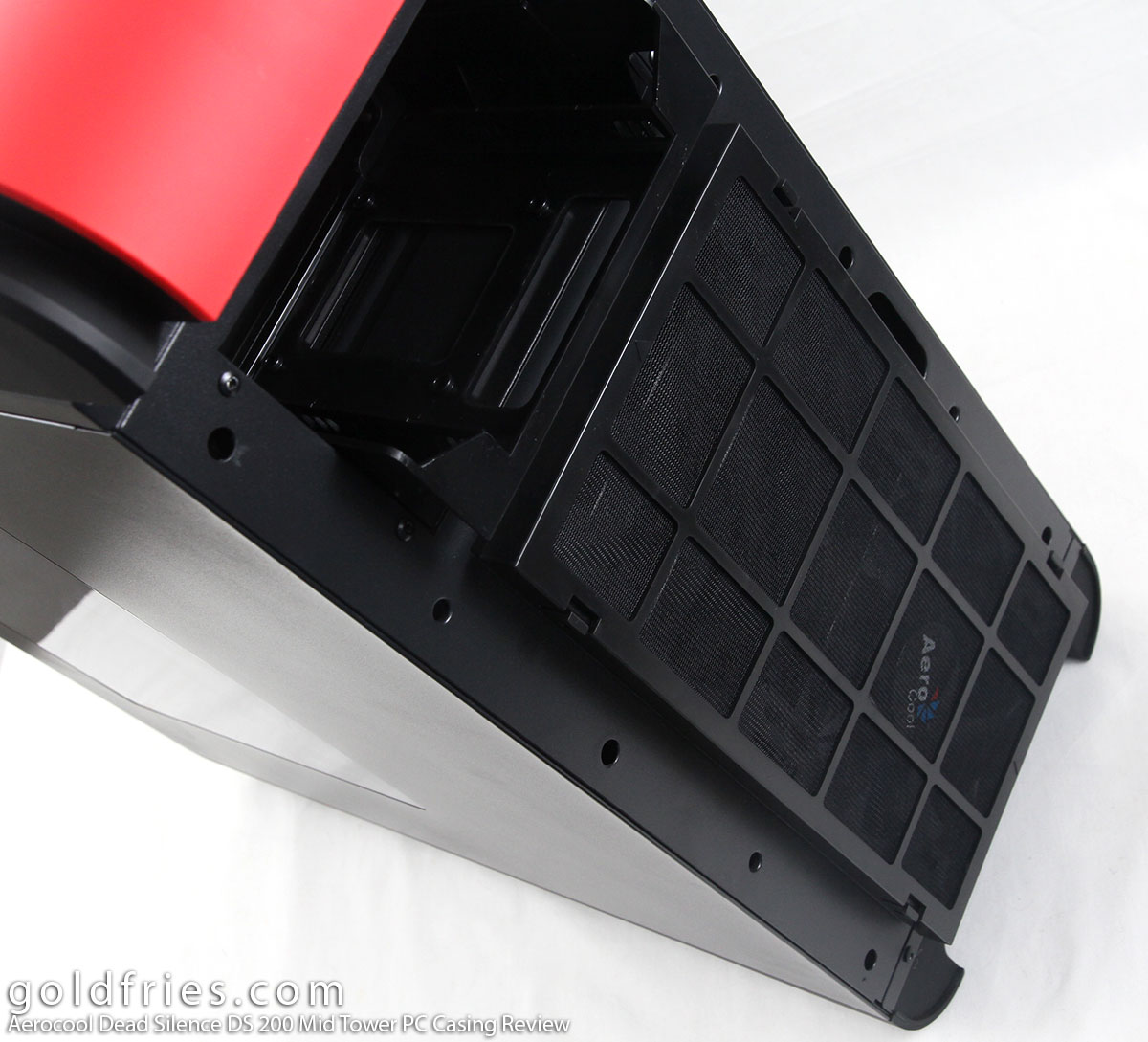 Aerocool included only one 140mm fan for the DS 200 which I think is sufficient but it would be great if they included 2 fans instead. I don’t mind paying more to have an additional fan there. 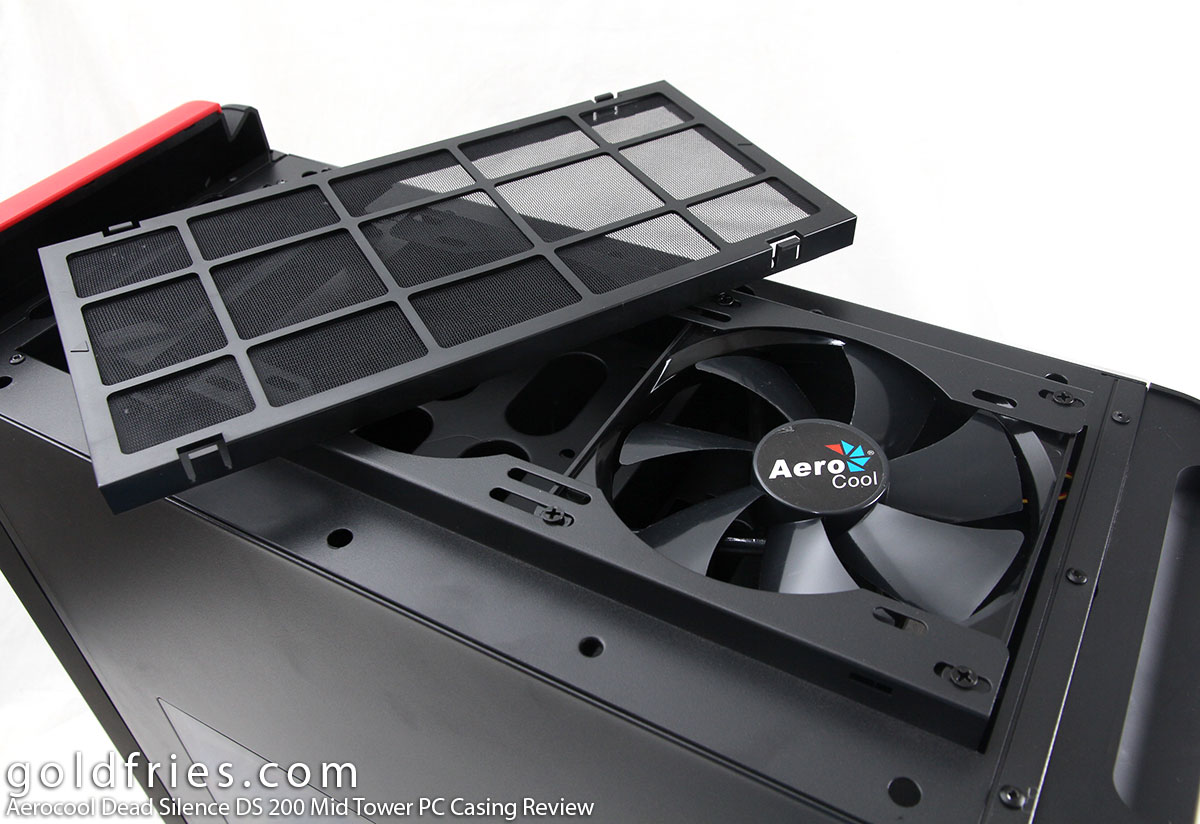 At the back you see the usual layout, it’s a pity that the exhaust mount only caters for 120mm fan. It would’ve been great if they could design it to cater both 120mm and 140mm fans. 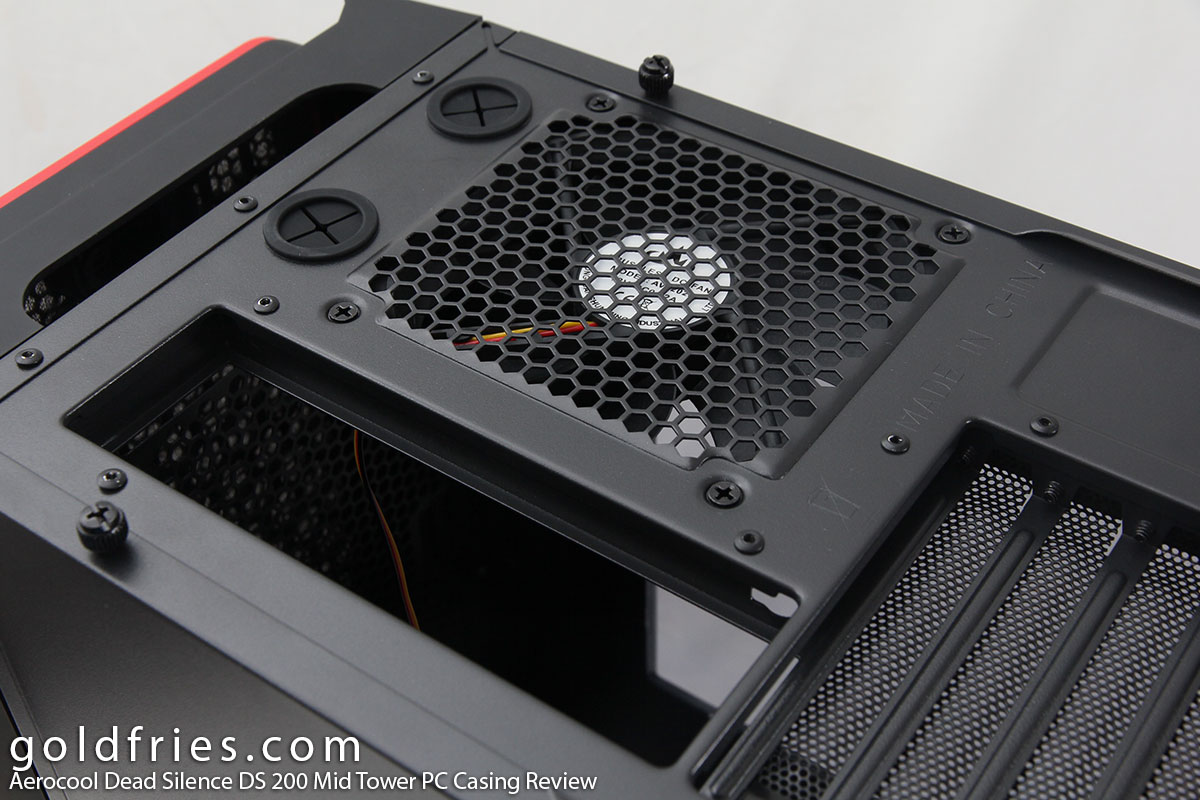 On the lower half of the back panel are the PCI-E slots and PSU opening. 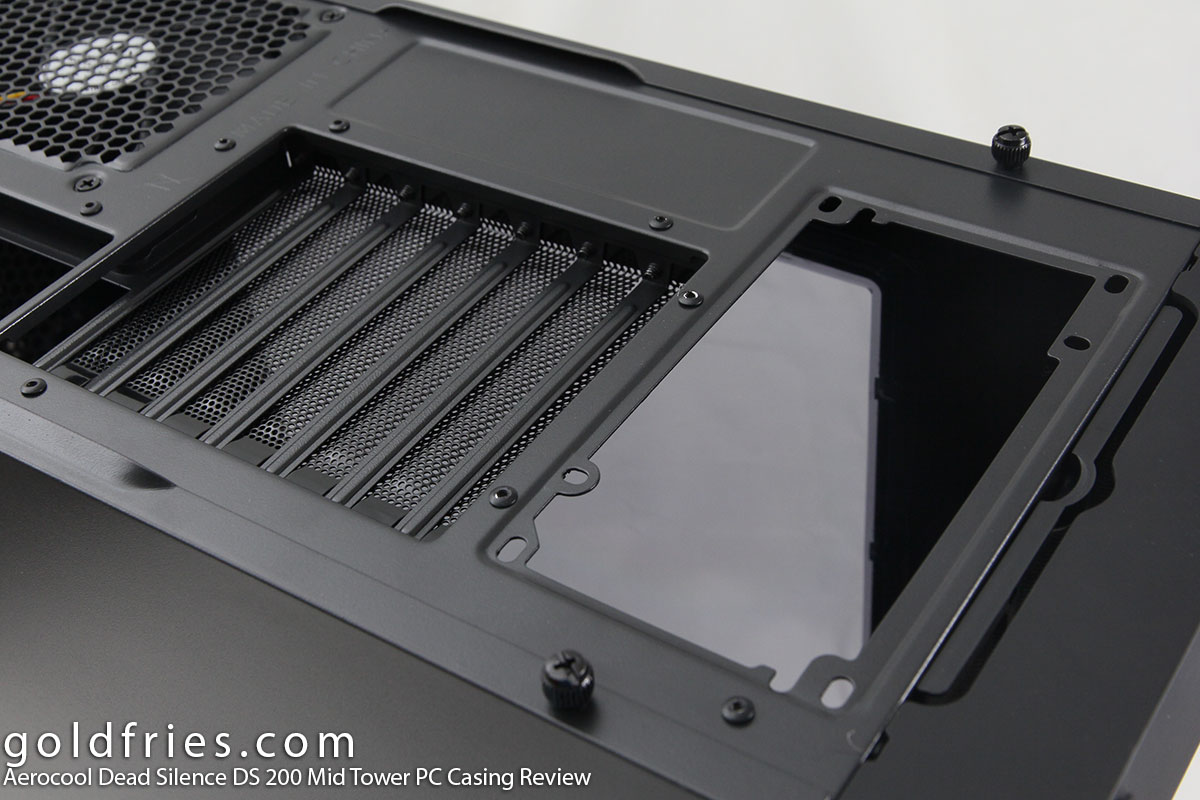 The design at the bottom of the casing looks neat, I like it that it doesn’t seem to have any rough surface that could damage the area where it’s placed. Looks like this will be one neat feature that won’t get much attention. 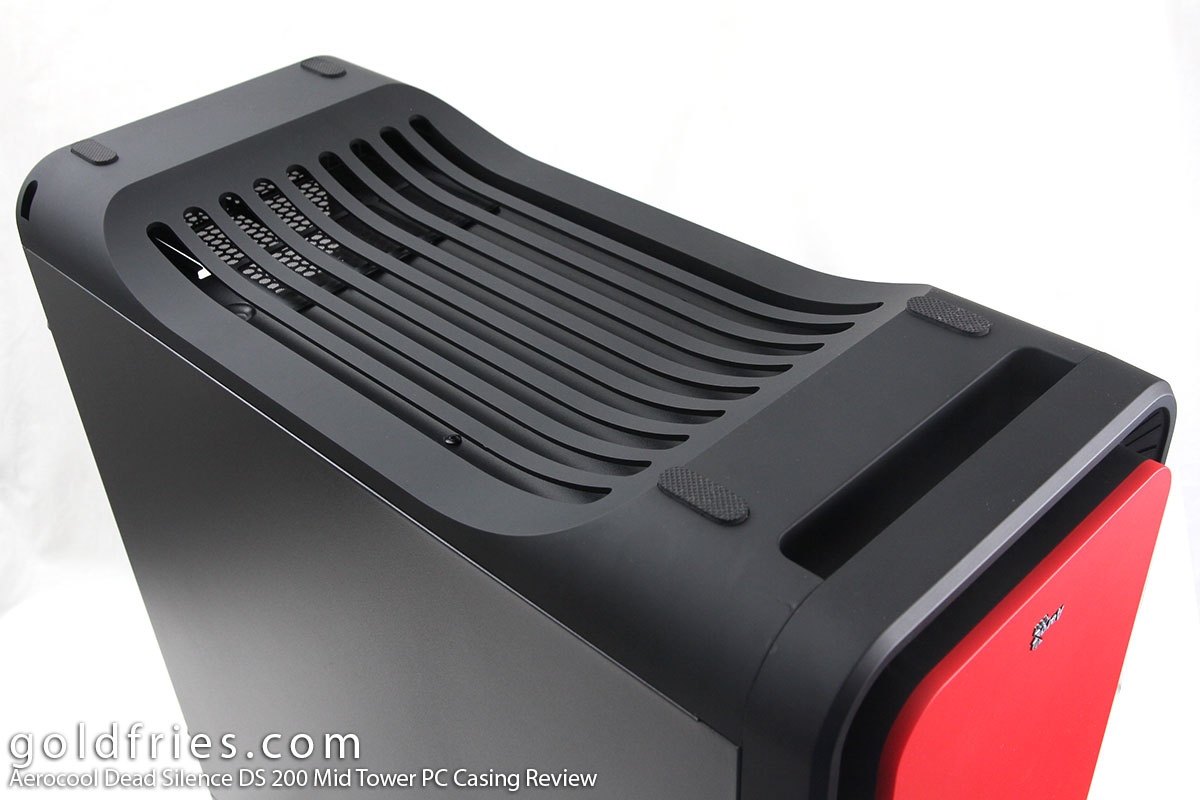 Aerocool provided a dust filter for the PSU, it’s something good to have but I think they should improve on the clamp. The dust filter couldn’t be properly secured so it tends to fall out of place quite easily. 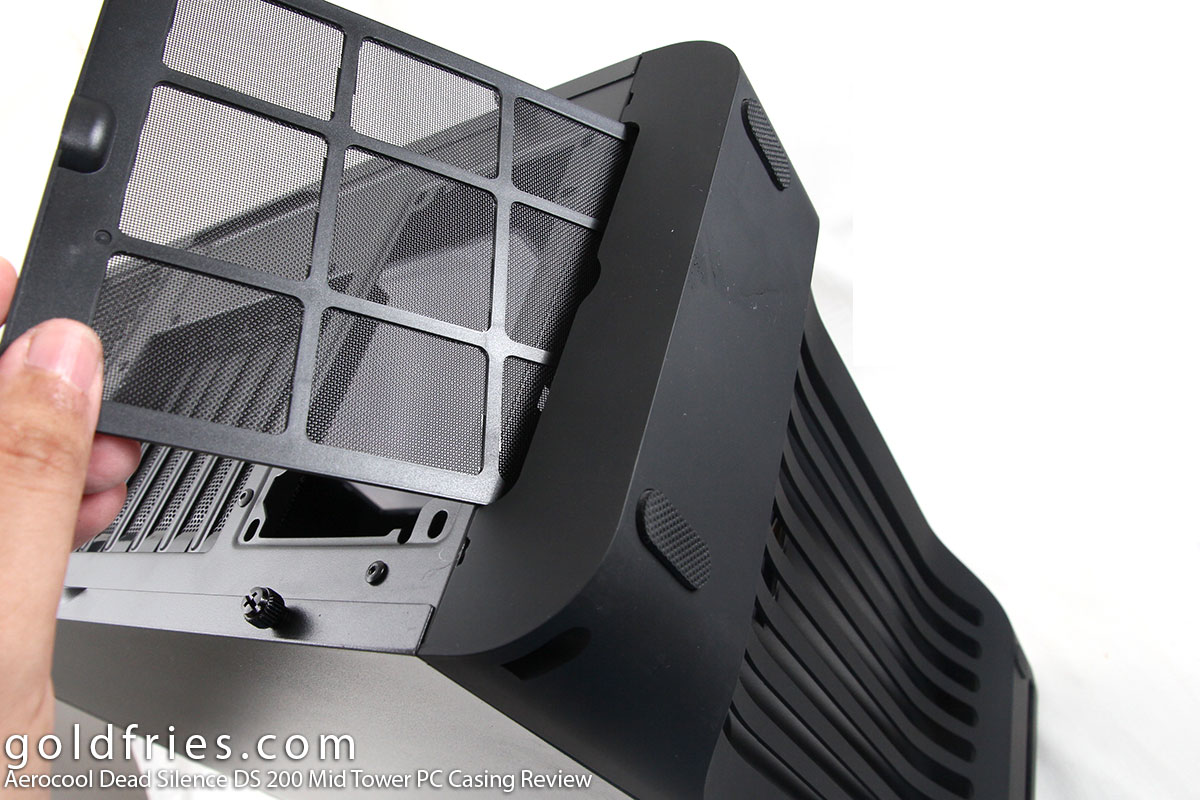