The Acer V Nitro Black Edition is certainly an impressive number. Right out of the box it gives a premium feel, especially with the soft-touch surface and the backlit LED keyboard.

The next thing blew me away – the audio system. I was amazed at the “BING” from Windows start-up. I’ve tested it with both games and Youtube video playback and it was impressive.

What’s more impressive about the audio system was the distinct separation between left and right – the stereo output was so beautiful, the output from left and right speakers are easily distinguished, even clearer than my headphones.

After that comes the gaming experience – the games ran smooth with the GTX 860M graphic system. Benchmarks will be provided in the next section, let’s have a look at my gaming experience with Diablo III and Battlefield 4. 🙂

The screen looks great, colors seem to be saturated. Despite being an IPS screen, it looks very different from my Dell IPS U2414H screen. The blacks are darker, the colors seem more vibrant. It does make games look nicer but if you intend to use this device for work, then do consider performing color calibration.

Battery-wise, well this is note the notebook you lug around whole day for work. The battery runs flat in less than 2 hours of gaming. For casual usage, it should last you a good 3 – 4 hours.

Heat Issues? I tested on Diablo III which is quite processor and graphic intensive and the CPU peaked at 97c while GPU peaked at 85c.

Despite the high heat readings, I had no problems with it as palm did not once felt any burning sensation as surface uses soft touch material. That helps a lot as materials as such are not heat conductors so the enclosure does not become part of the cooling system. Warm air is massively pumped to the rear, you can feel the gush of warm air being exhausted.

I won’t dwell too much on the benchmarks as this is not a processor / GPU review but here are some details to give you an idea on how these components fare.

A respectable score when it comes to graphical performance, that placed it at the performance level of a GTX 750. 🙂 Pretty good, right? 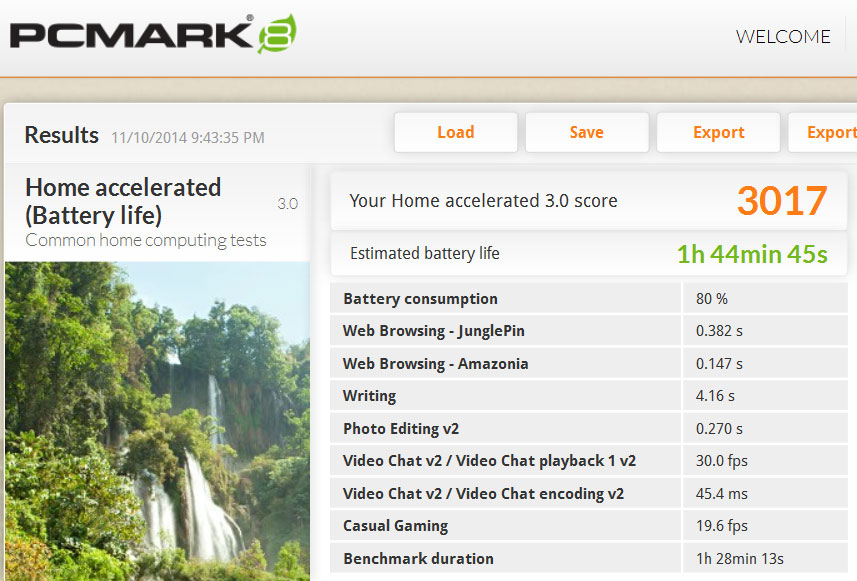 The power draw for the system is pretty much like a desktop unit, the system peaked at a little over 120w on wall draw power reading so it’s quite good for the gaming experience on such a form factor.

The Acer Aspire V Nitro Black Edition retails at RM 3,399 which I think is an awesome price for such a notebook, it works great not just for games but also for work too.

There’s no need to splurge RM 5,000 – 7,000 for a notebook with great specs anymore. 😀 It might not be the greatest among the gaming notebooks but it’s a great step ahead for Acer.