AORUS – a brand under Gigabyte for their gaming line-up of boards, has always impressed me with their LED lights. I’m not a fan of LED lights but hey, if anyone’s to have any RGB LED on their board they might as well make it look good and boy did it look good here on the Z370 AORUS Gaming 7. Around the socket you’ll see that the board comes with a 10-Phase power design. 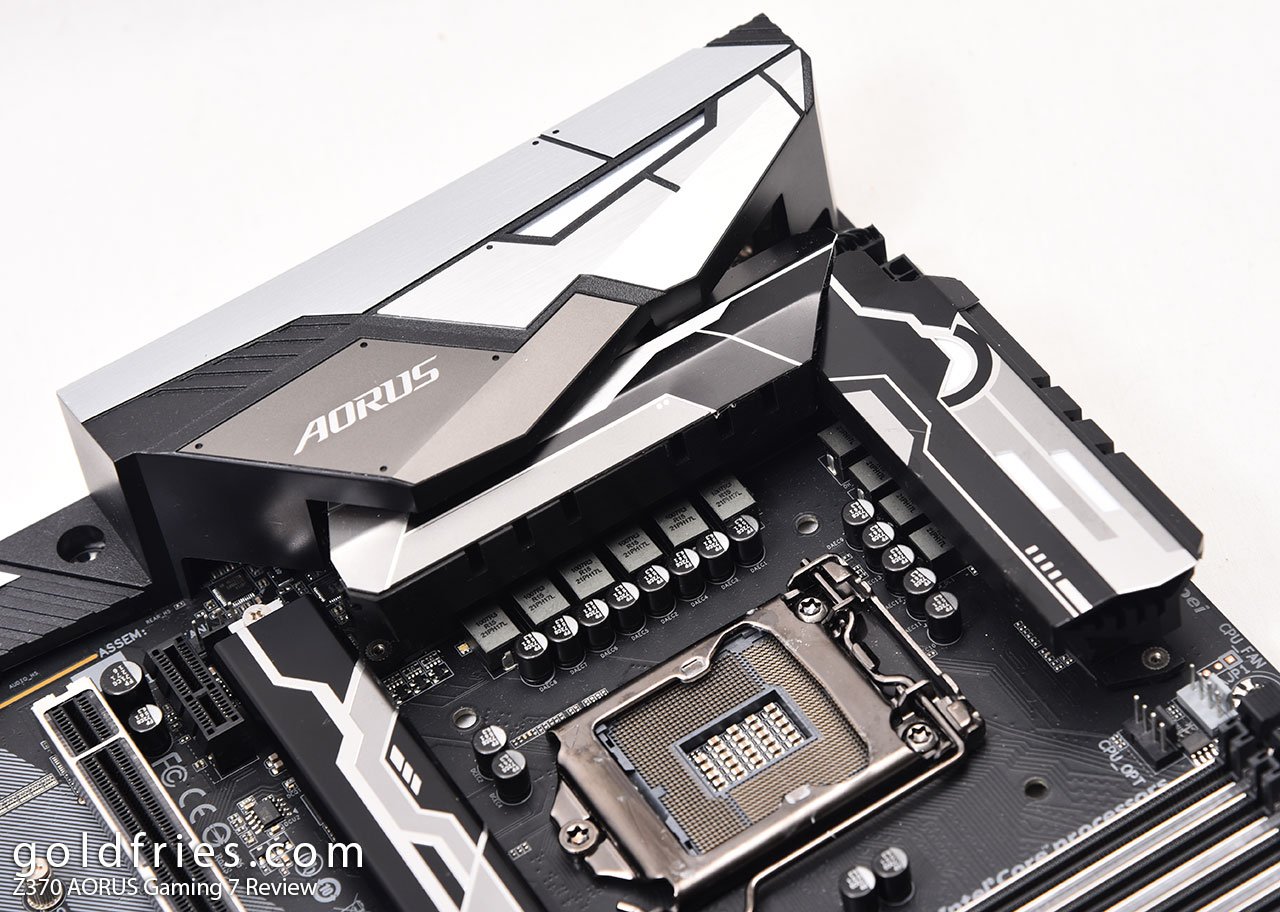 Moving further down towards the DIMM section you’ll see that the Z370 AORUS Gaming 7 comes with the POWER and OC button, that’s really nice. I prefer the OC button to be a RESET button, and the location isn’t ideal considering that it’s often blocked by tall RAM sticks and certainly the PSU cable.

However I’d rather have the buttons there than none at all, kudos to AORUS for that! Oh and I’d like to point out that it supports up to 4133 RAM speed. 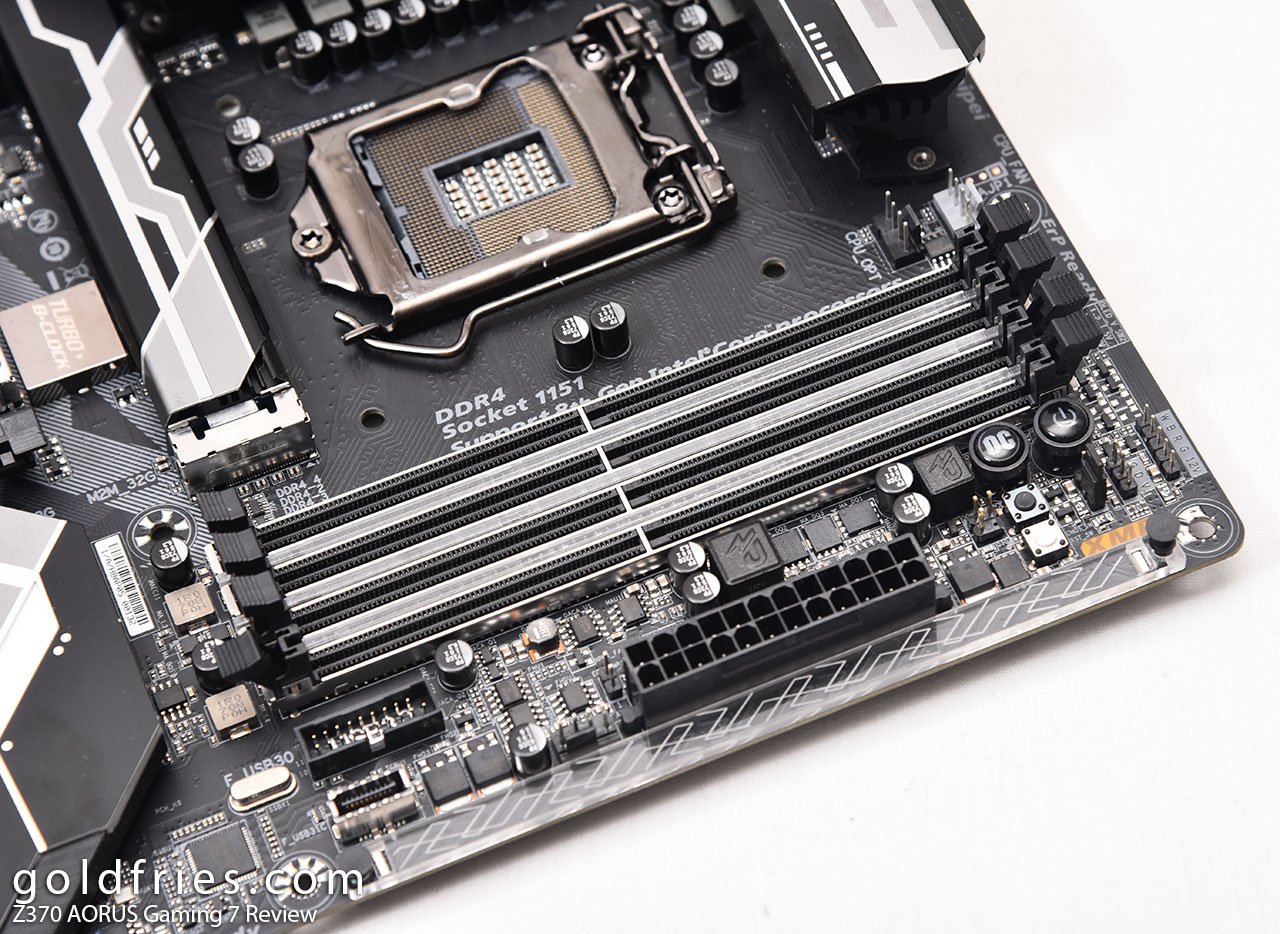 Moving along to the other corner of the real estate you’ll see the nice heatsink with AORUS logo on it, and mind you this heatsink has LED backlight.

The board comes with 6x SATA ports and if you look further up and towards the left of the image – DEBUG LED!!! It’s a must have! 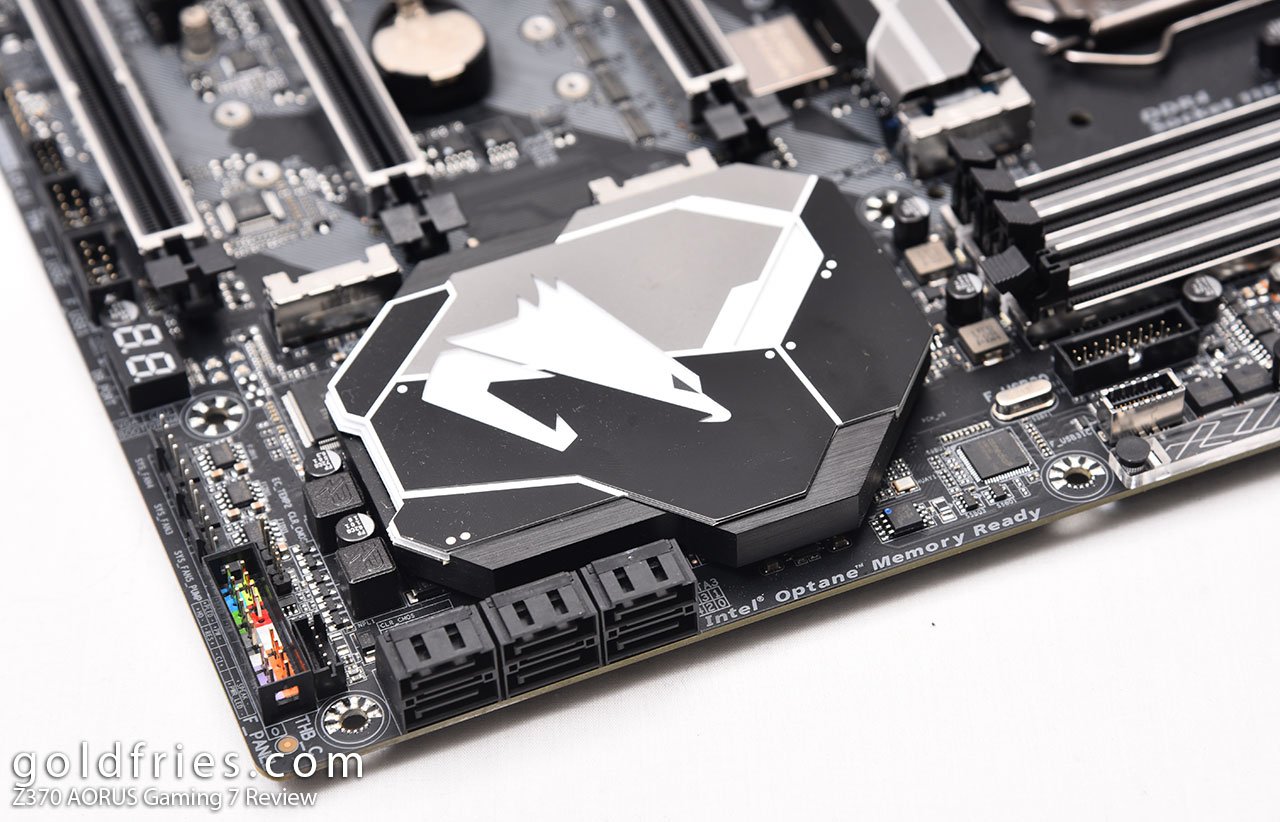 The 3rd PCI-E x16 slot runs at x4 and shares bandwidth with the M2P_32G connector, the PCI-E x1 slots on the other hand share bandwidth with SATA3 1 connector so the SATA3_1 is disabled when PCI-E x1_3 is populated.

Too technical? Nevermind. That aside the board comes with 3x M.2 slots with one M.2 heatsink bundled. 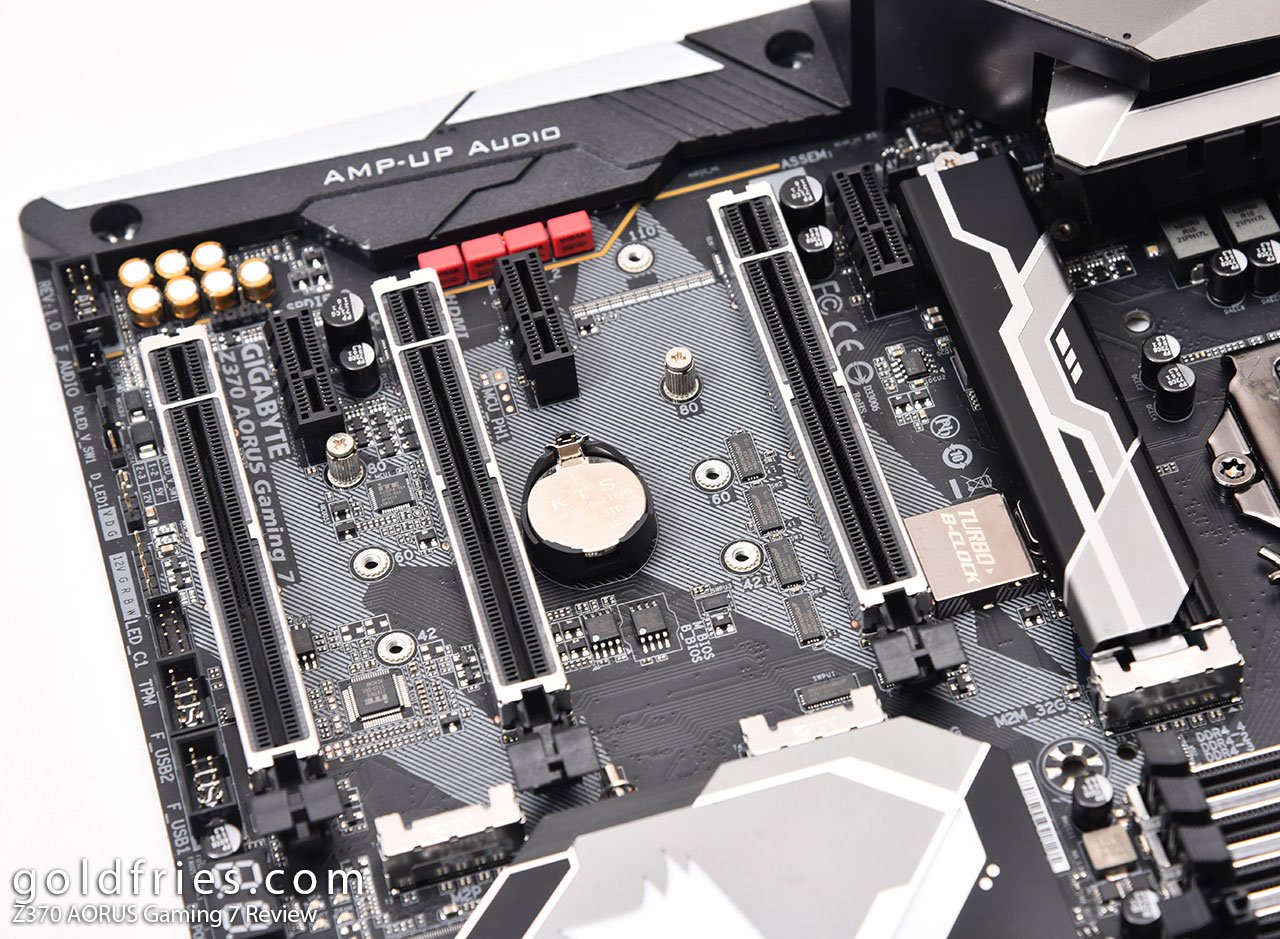 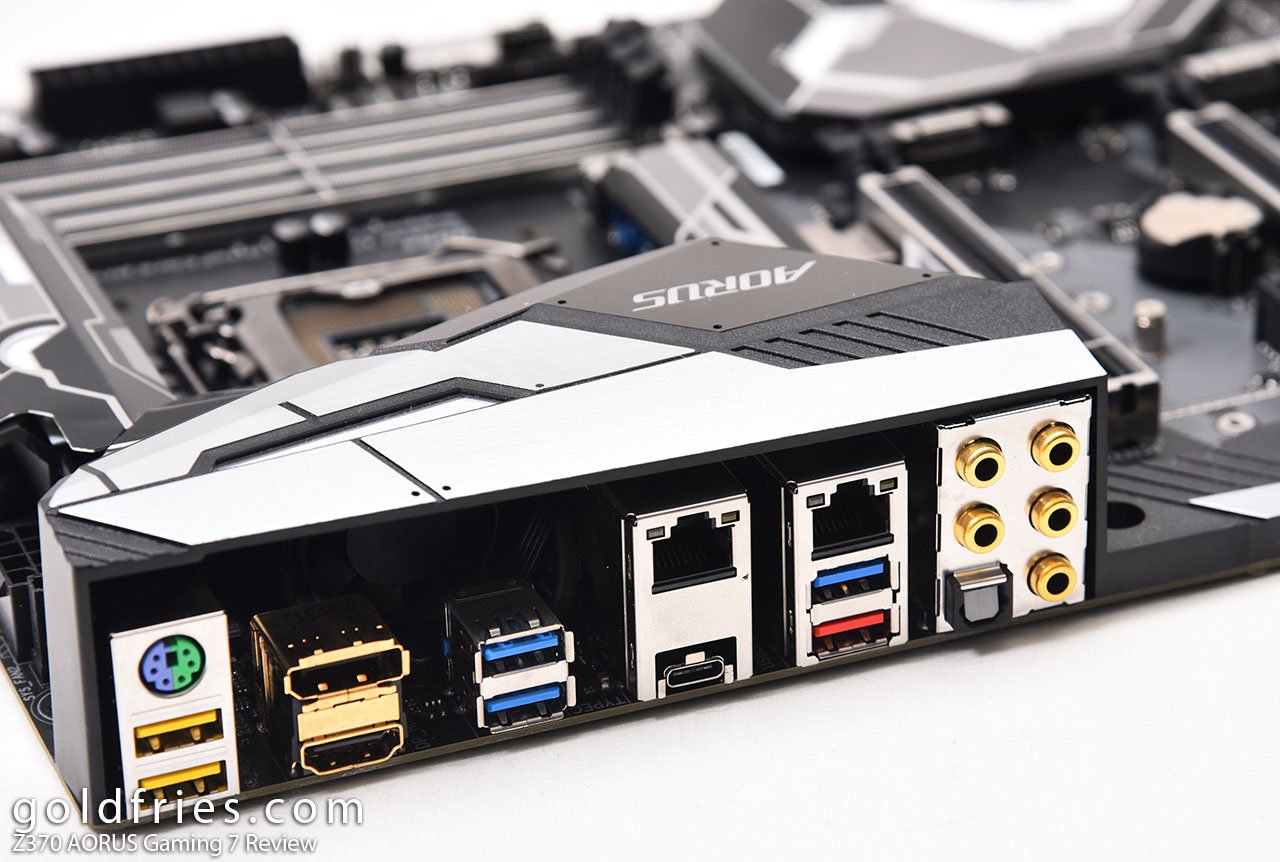 Here’s the board with LED lights on. 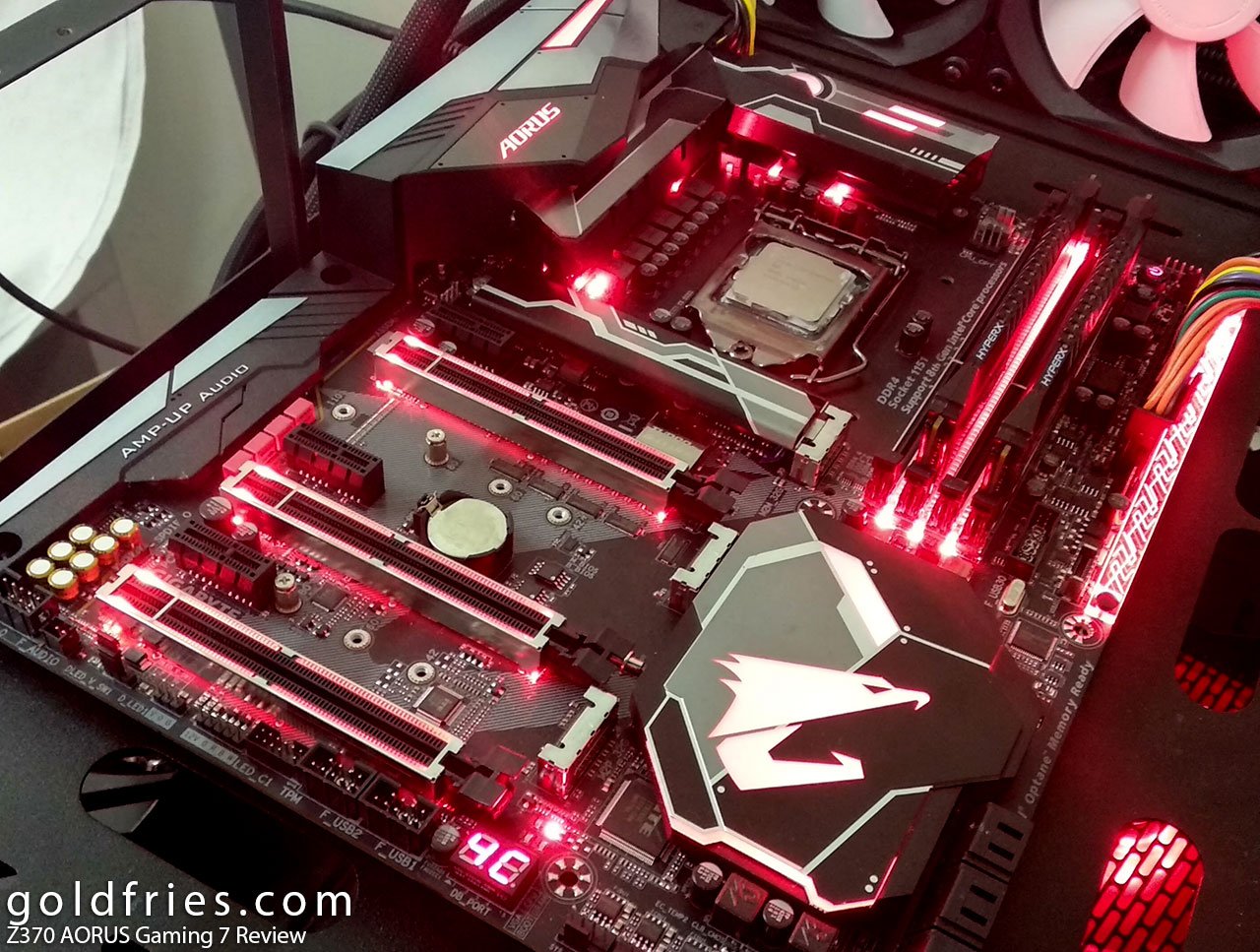 The LED is configurable according to sections, as seen at the official product page.

I believe AORUS aka Gigabyte has improved their interface, of which I find rather strange that they use the name Gigabyte here rather than AORUS.

In fact it’s the same old UEFI design I saw in the Z170 models before AORUS became the name. I wish they have their own identity but I guess it’s OK. 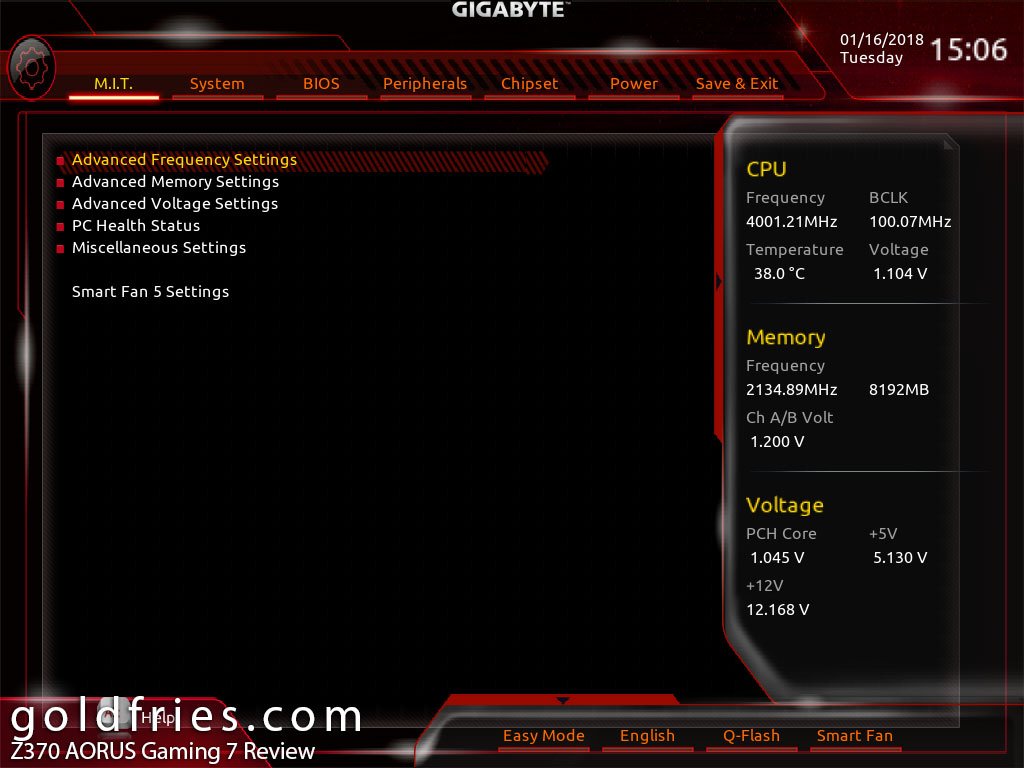 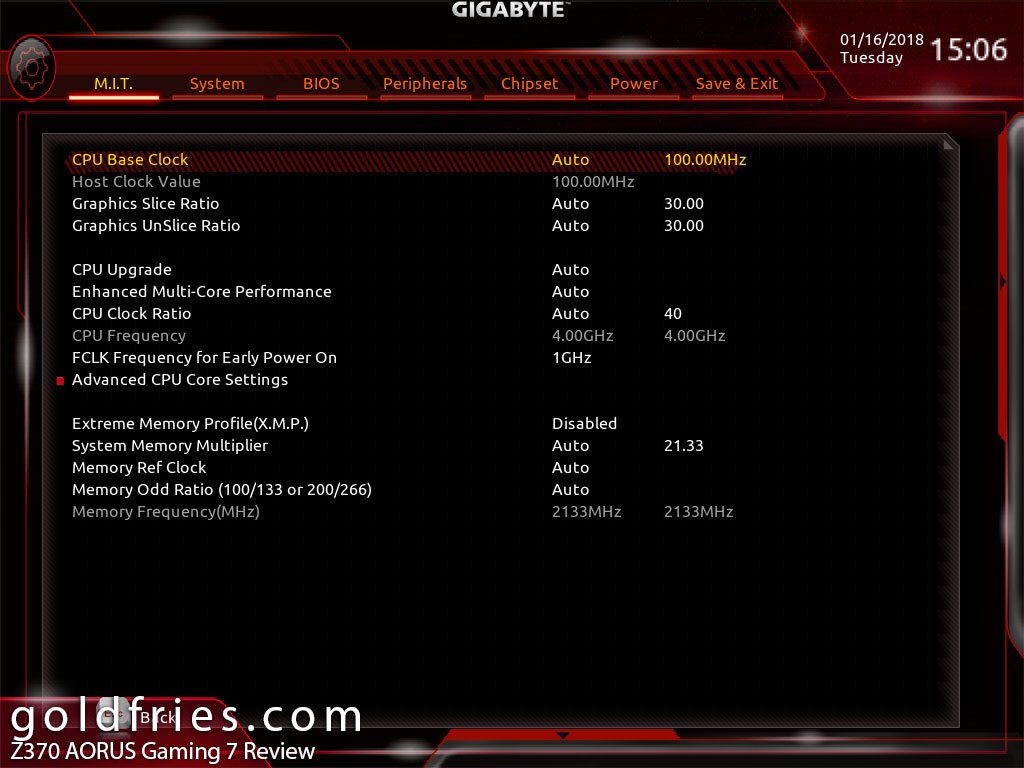 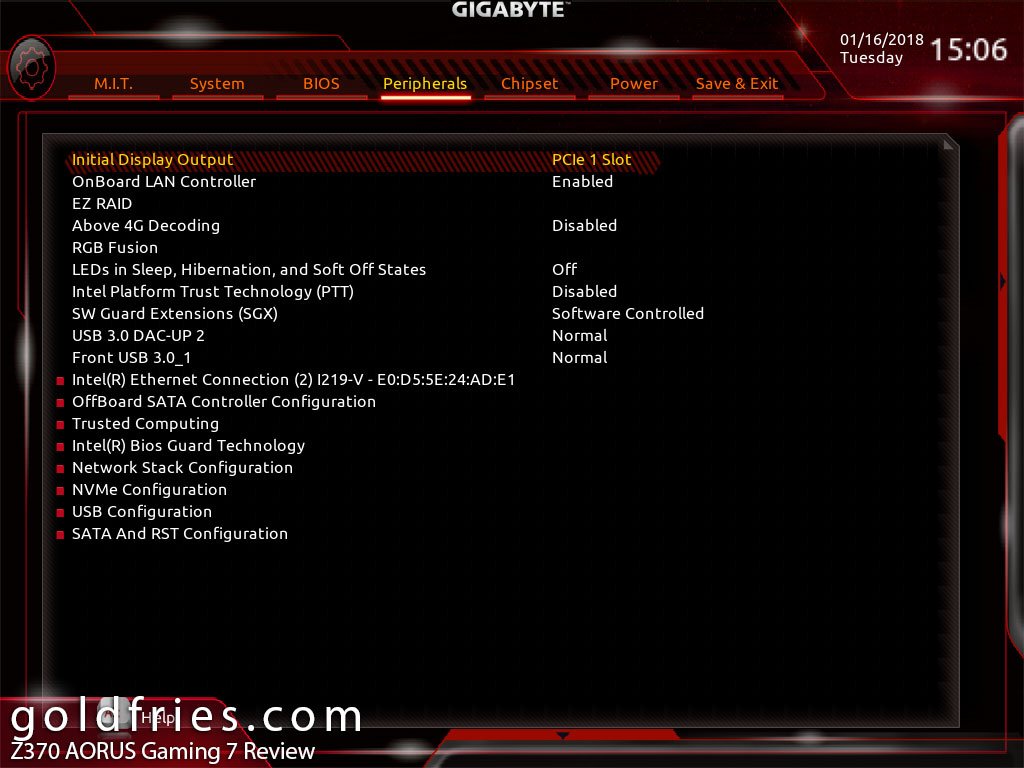 The RGB LED can be controlled via UEFI, not as detailed as the one in the software but you’re like me who prefers all areas run the same color then the UEFI feature works just fine. 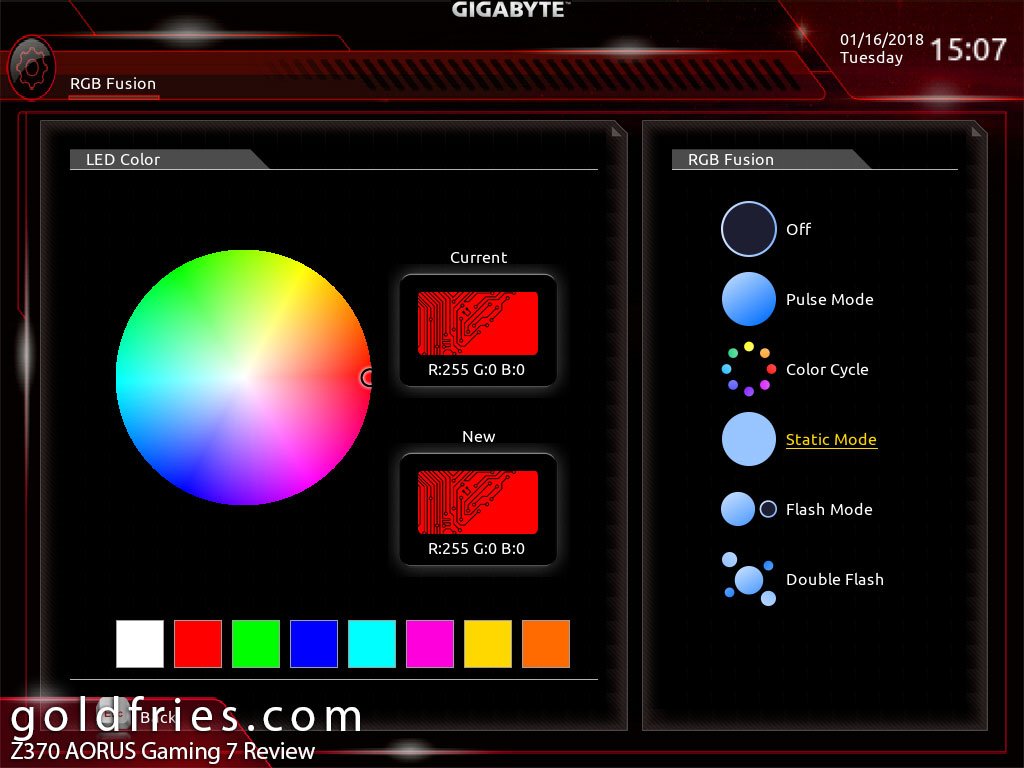 If you’ve watched my Cooler Master H500P review video, you’ll see the Z370 AORUS Gaming 7 in action, and if you saw my rig at ZOTAC LAN Party 2017 then you would’ve seen this board too.