The Logitech G633 is one really awesome headset, one that I felt reluctant to return to Logitech because it’s pretty much a flawless headset. 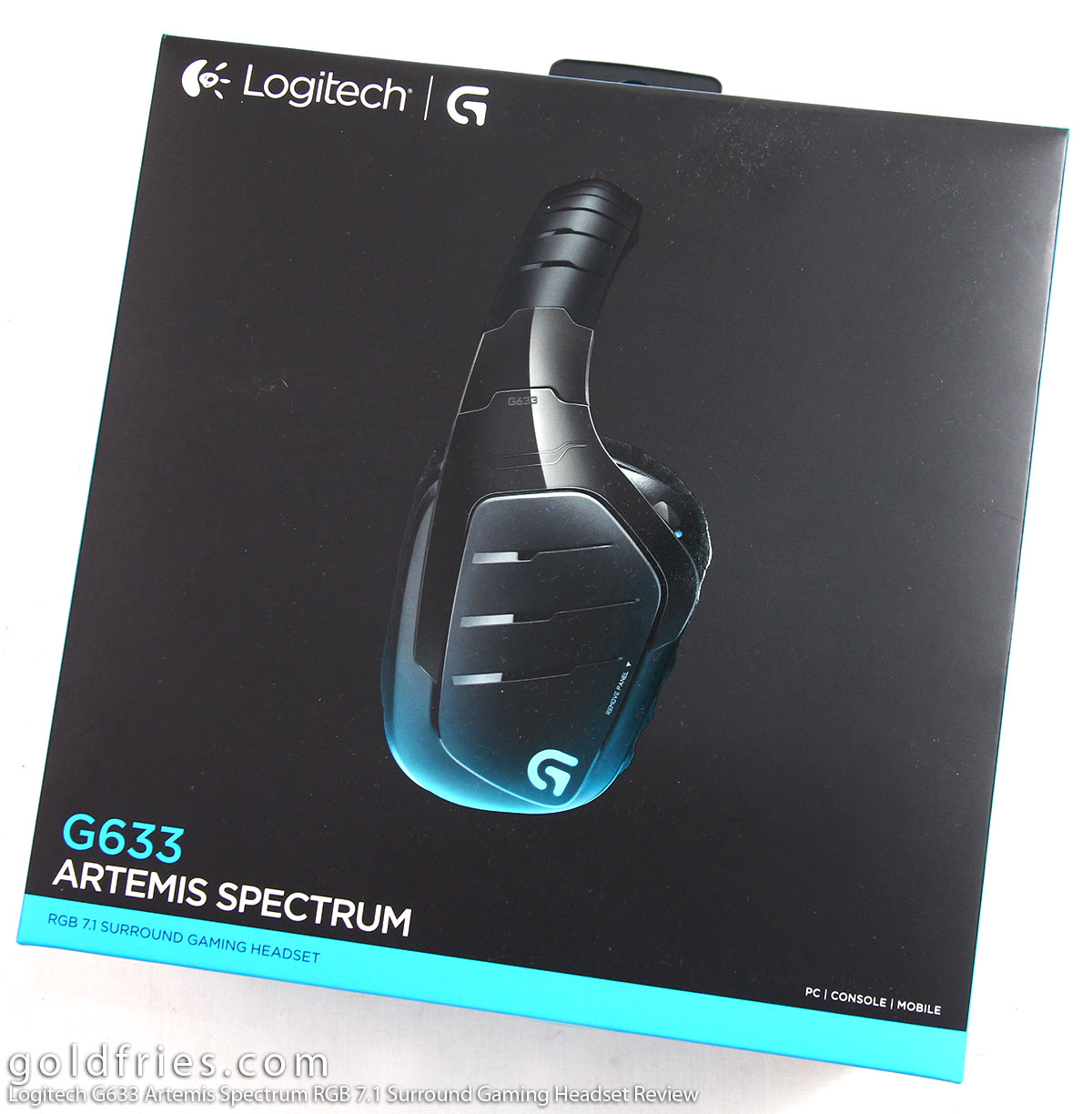 Now before I begin, let me make it clear that I will be praising this headset but that doesn’t mean I am placing it among brands like Shure, Grado, Klipsh and the likes. In terms of audio preference I place myself towards the audiophile side of the spectrum, not there yet but pretty much around that region as I can be quite picky on what I like about the sounds I hear.

Now starting off, this is what the G633 looks like. It’s a headset with detachable cables. 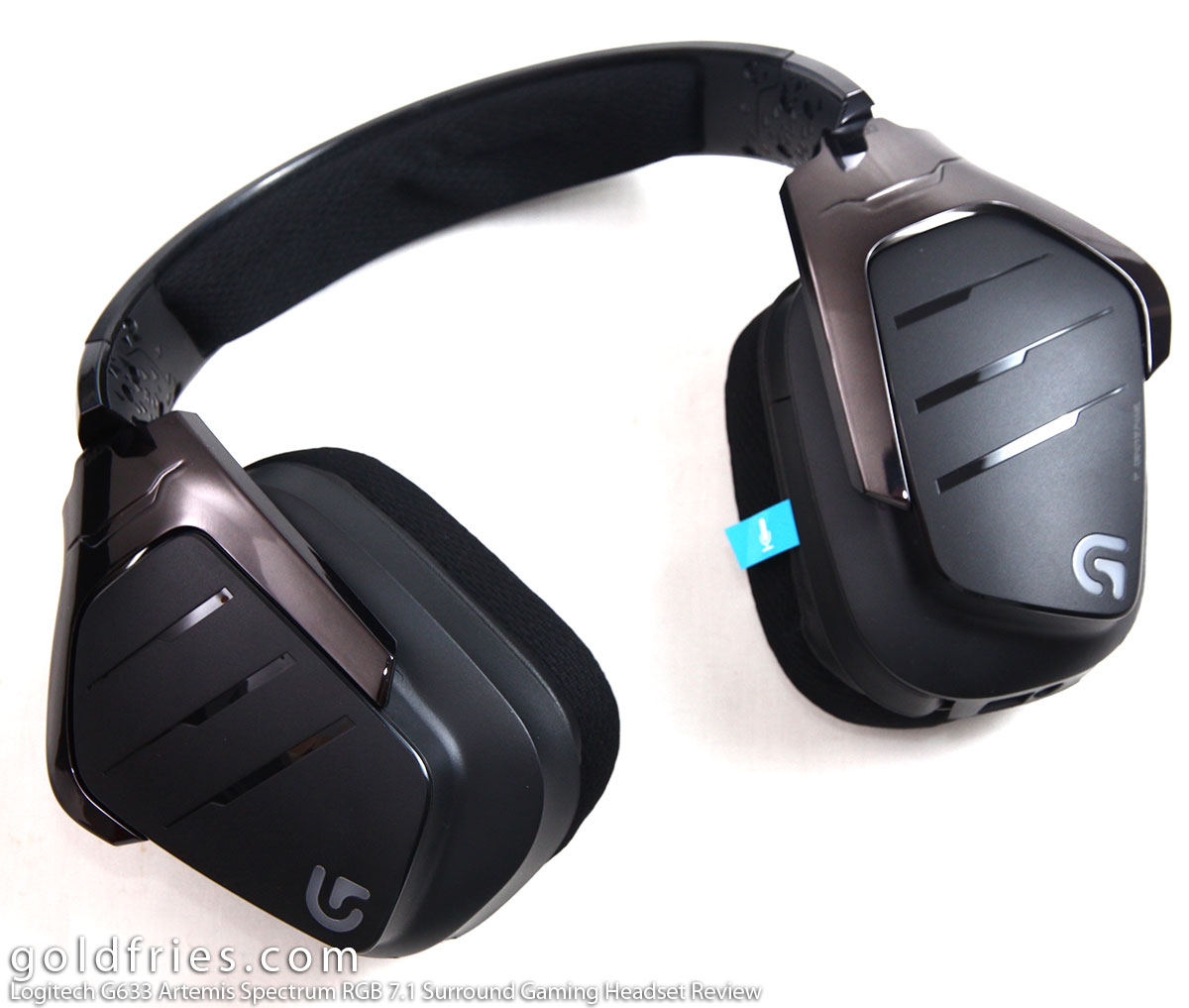 Logitech designed the G633 to come with 2 cables. For PC connection you connect it to a USB port instead of the usual audio port, the headset also receives power from the USB port. Power is required for the on headset functions like shortcut buttons, lights and the 7.1 audio capability. The 3.5mm connection is for playback for other non-computer devices such as smartphones or gaming consoles, though you can still connect that to a computer but that would mean you won’t get to configure it using the software. The earpiece is flexible in both horizonal and vertical movement, and it comes with a removable panel. 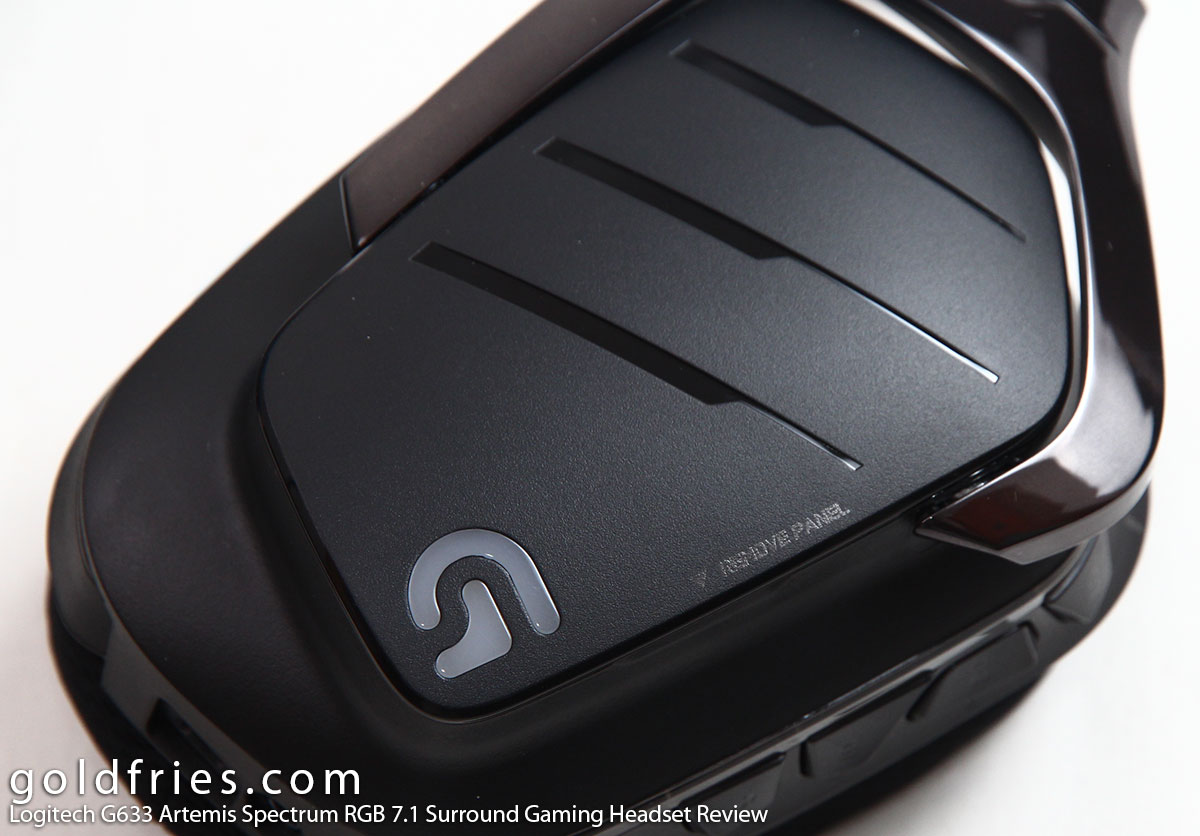 As for the buttons they’re all placed on the left earpiece, this makes sense as all the processing is done here. There is a switch for you to alternate between PC and 3.5mm mode, 3 customizable shortcut buttons, a mic ON / OFF button and a volume dial. Volume control buttons are available on 3.5mm cable too because in that connection mode that is to smartphone and consoles, you will not have access to the software. 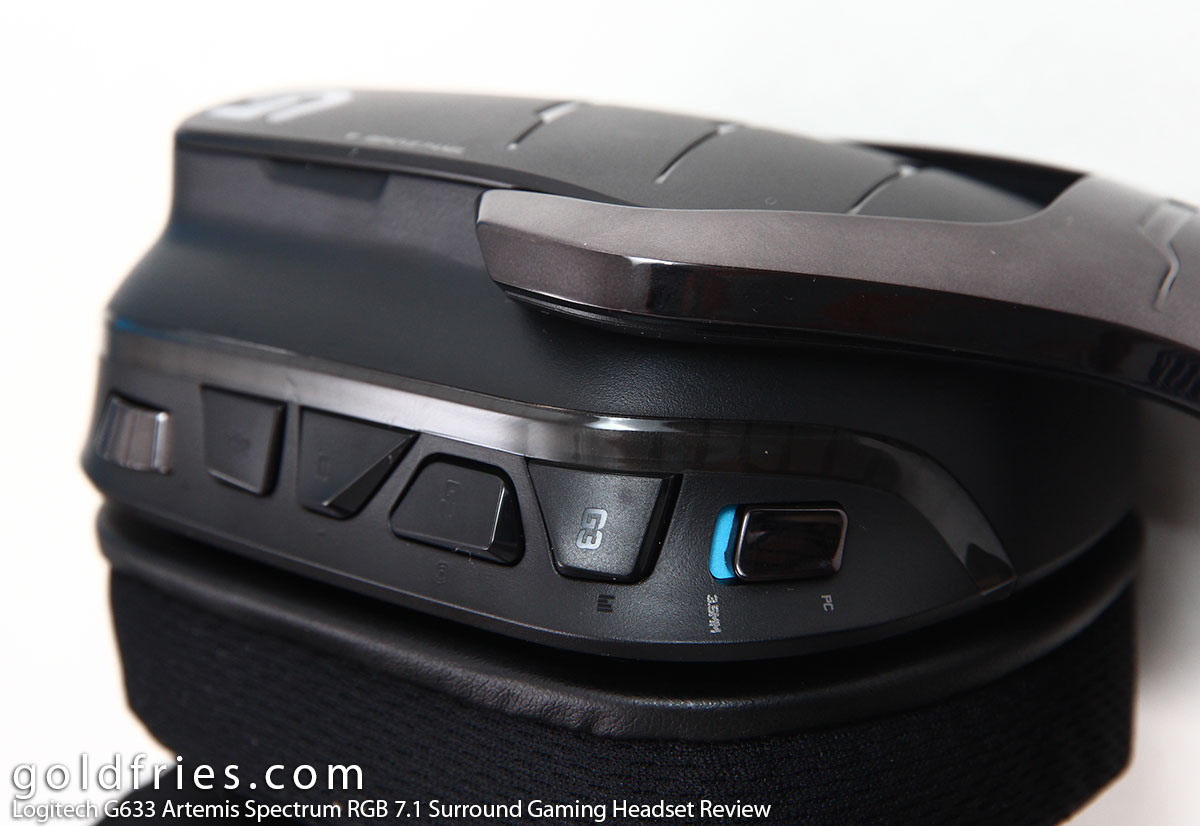 The earpiece comes with soft breathable material that’s comfortable for skin contact, this makes the G633 great for long-hour usage. Soft breatable material tend to trap sweat and it also has reduced noise cancellation when compared to PVC material. PVC materials on the other hand trap heat and sweat. Lastly for those who love to yell at team mates, the mic is part of the earpiece. 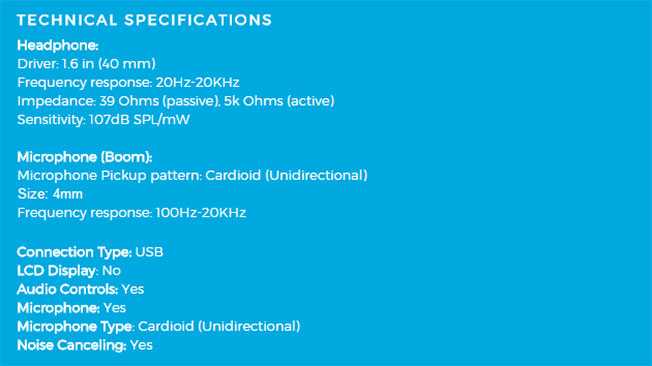 Just as with other products, it is the software that maximizes its potential and Logitech’s software is amazing as always. I had no problem getting the Logitech software to interface with the G633 headset. 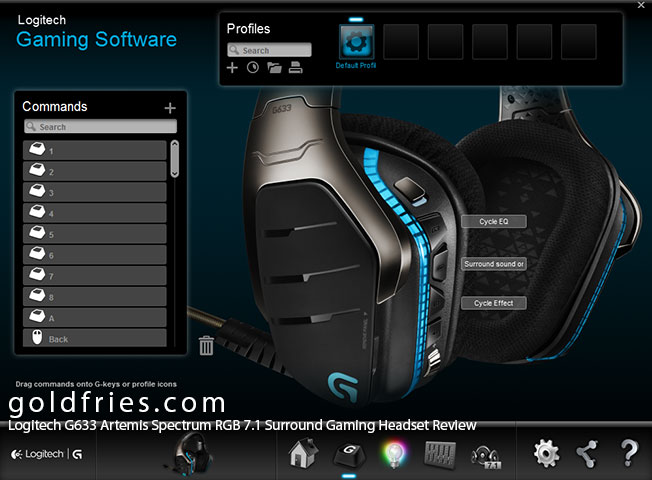 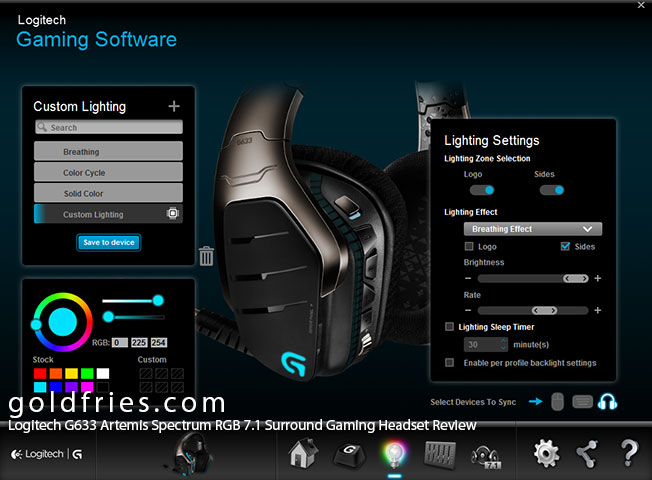 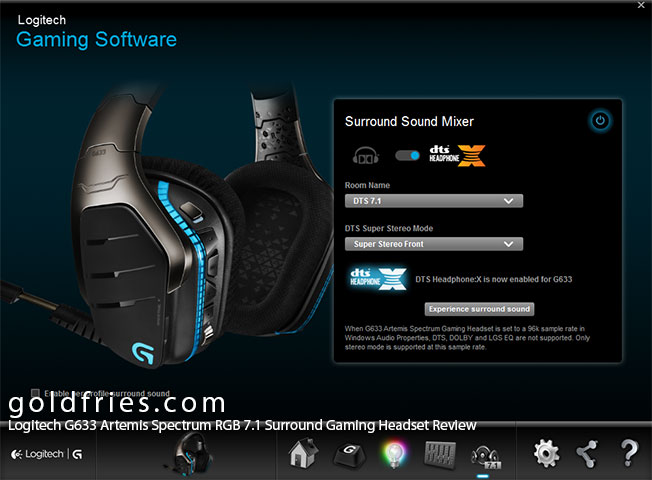 Being a 7.1 surround gaming headset, I tested it on Metro Last Light and the experience was amazing, sound position was good and I get to hear details from the environment and it was truly an immersive experience.

I tested it on games like League of Legends and to my amazement I now hear things I haven’t heard before, totally brilliant.

The software comes with a few preset audio configuration so you can try them out and see which ones suits your preference. I love everything about the software, it’s just that it lacks the option to balance between LEFT and RIGHT channels. Sure, the 7.1 surround page allows one to adjust the 7 speakers indivudually but it just doesn’t work as well as the basic L / R adjustments. 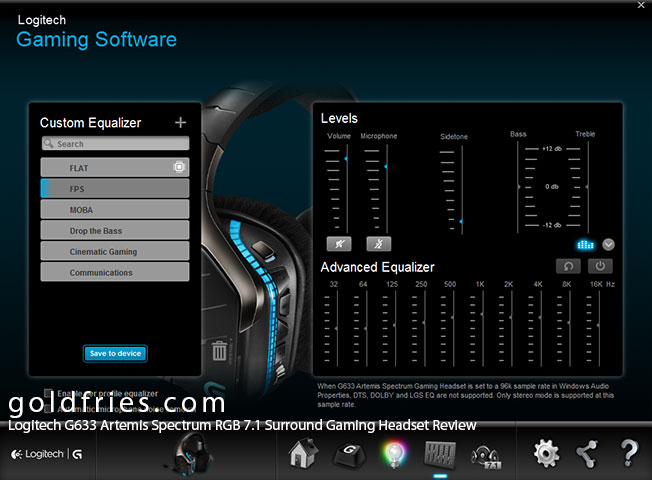 Games aside, I tested the audio output with some of my favorite soundtracks and I must say that this is probably the first time I had not the feeling to fire-up my audio equalizer software as the output is just as what I like it to be. Note that this playback is done through smartphone so the Logitech software equalizer is not available.

As for the G633 headset itself, I do find that the earpiece applies more force towards the rear side of my ear and I overcame this by tilting the headband towards the front of my head.

Lastly – the RGB lighting, I can’t describe just how good it is. The software itself reflects the lights seen on the headset, changes are reflected immediately. What you see on the software is exactly what you get.