The G310 was announced barely a month ago and from the press release alone it looks like a very promising keyboard for gamers. 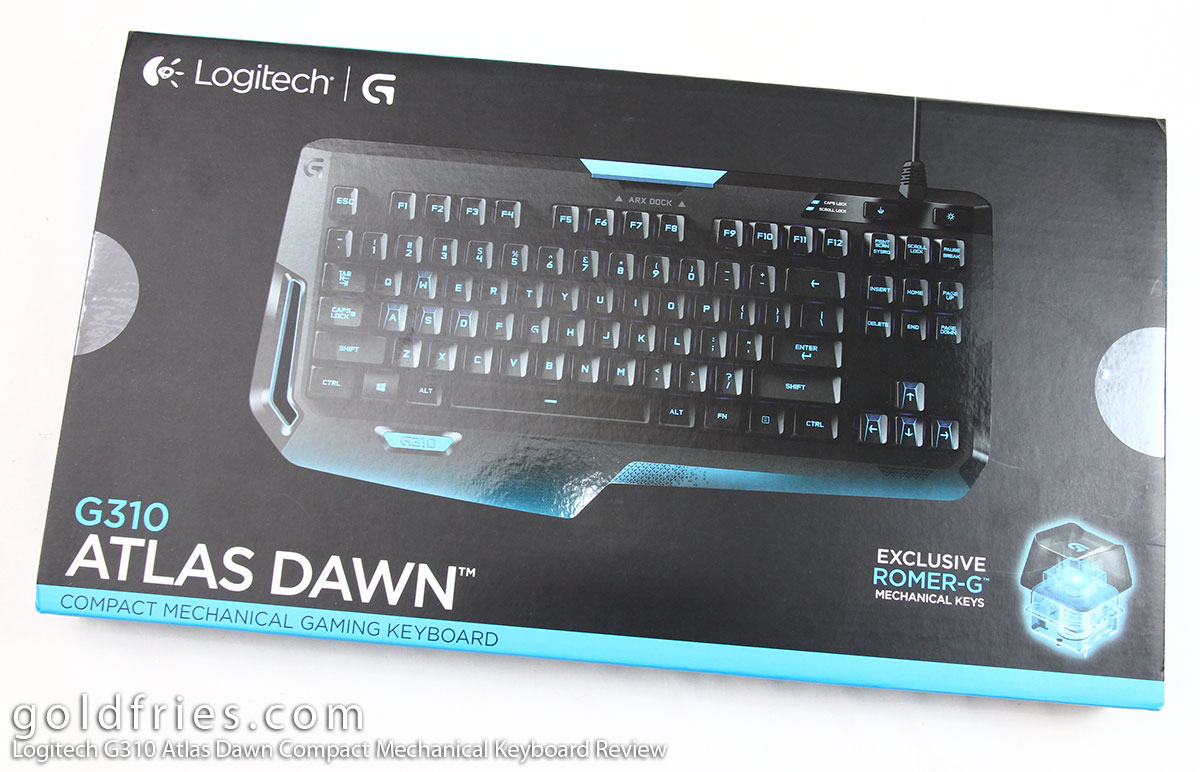 Out of the box the keyboard looks beautiful with Logitech’s signature Black and Light Blue themed colors.

A beautiful keyboard however does not mean the experience would be beautiful, such is the case with the G310 Atlas Dawn. 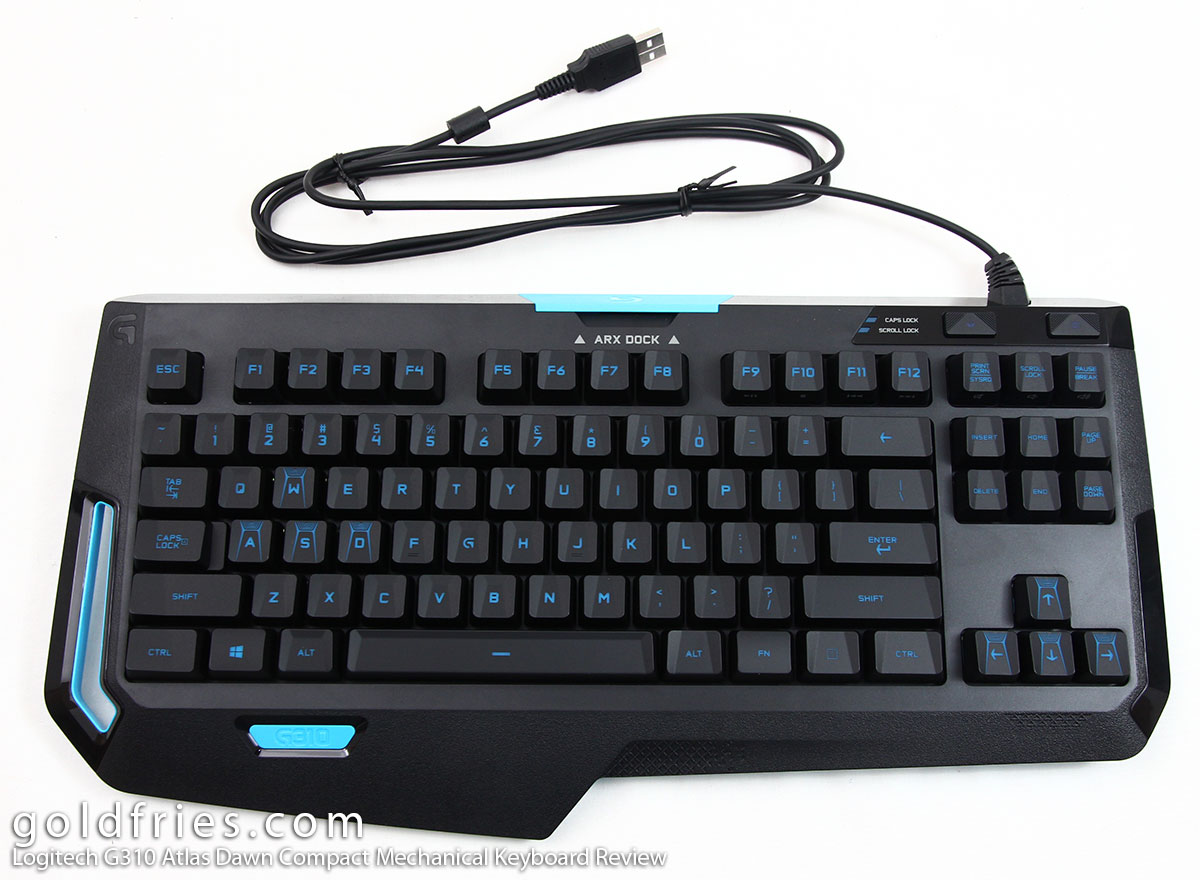 Starting off – the palm rest, it’s so badly angled that it’s totally uncomfortable when it comes to gaming. The palm rest starts from the middle and tapers off towards the left in an uneven angle, and ironically the most uncomfortable part of the keyboard is there the palm is at the most. 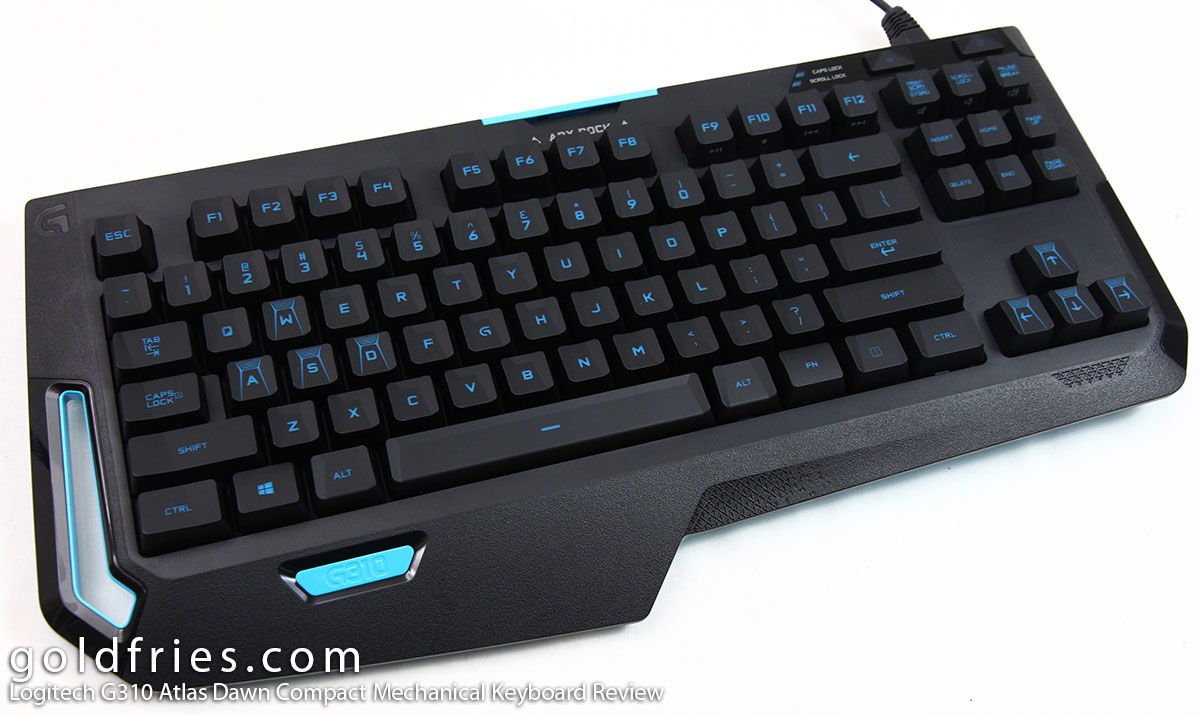 Not only is the palm rest short, it’s rough and has a rather sharp edge thus leading to an uncomfortable experience.

Did you notice the handle? It looks great but unless you’re having the fingers of a 4-year old child, there’s no way you can hold the keyboard by the grip. It’s practically useless in my book, unless you intend to use a hook or something but why would you want to do something that may damage your keyboard?

It’s interesting also to see that the WASD keys are marked differently, the G310 Atlas Dawn auto-identifies itself as the keyboard for FPS gamers. 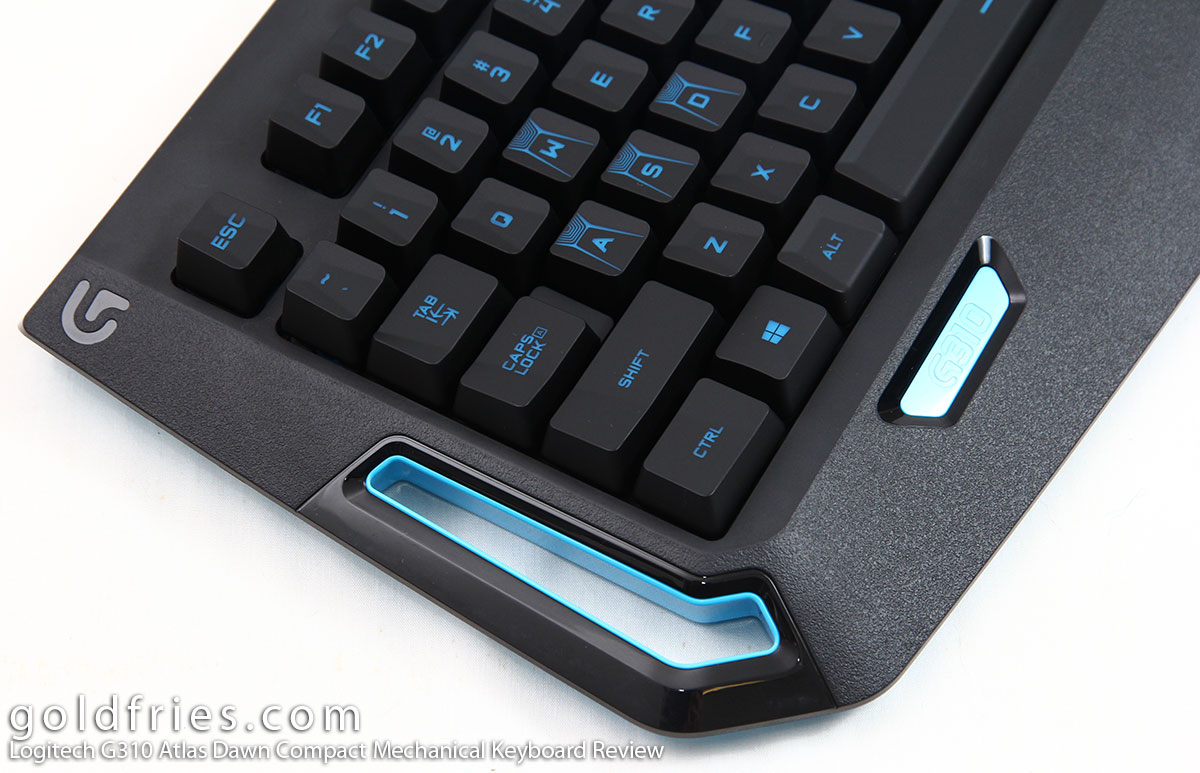 I feel that Logitech could’ve just been neutral on this aspect, after all RTS and MOBA gamers use a different set of common keys.

Speaking of keys, the keycaps on the G310 Atlas Dawn were horribly uncomfortable. The product page mentioned that they were called “Performance Facet Keycap” and that it helps provide tactile feedback on fingertip position for enhanced accuracy in various gaming positions but I found it otherwise as the angle and lines on the keycaps give it an uneven feeling from edge to edge, it’s as if the keycaps are grabbing your fingers.

The keys are tactile and they have a gentle bump, the Romer-G switch feels something like that of a Cherry MX Brown switch but from my experience, I find that it’s not as comfortable as the Cherry MX switch. Logitech did a great job when it comes to backlight, readability is excellent due to the uniformed lighting coverage across the keyboard.

The G310 Atlas Dawn comes with adjustable brightness for the blue backlights and it’s further customizable via the Logitech Gaming Software. 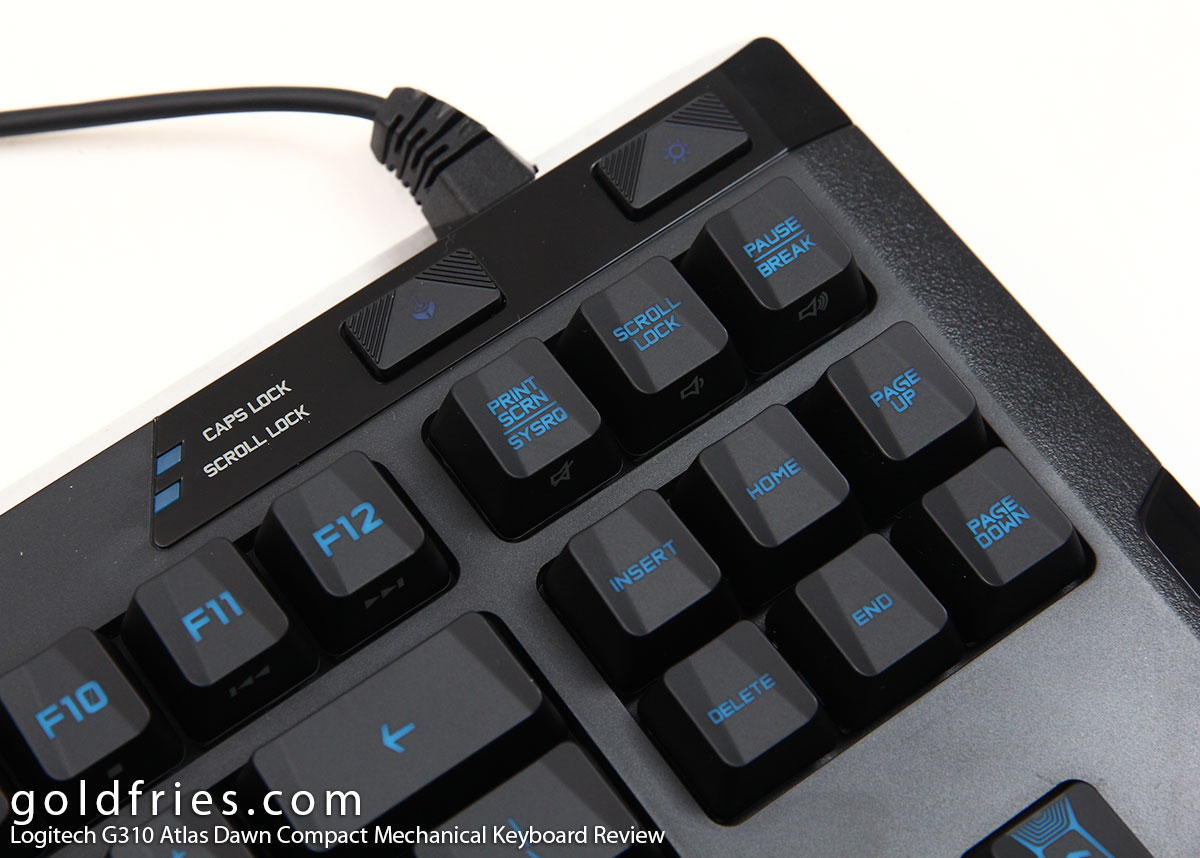 The keycaps are removable but it does not use the cross-type stem as those on Cherry MX switches you can forget about personalizing your keys. 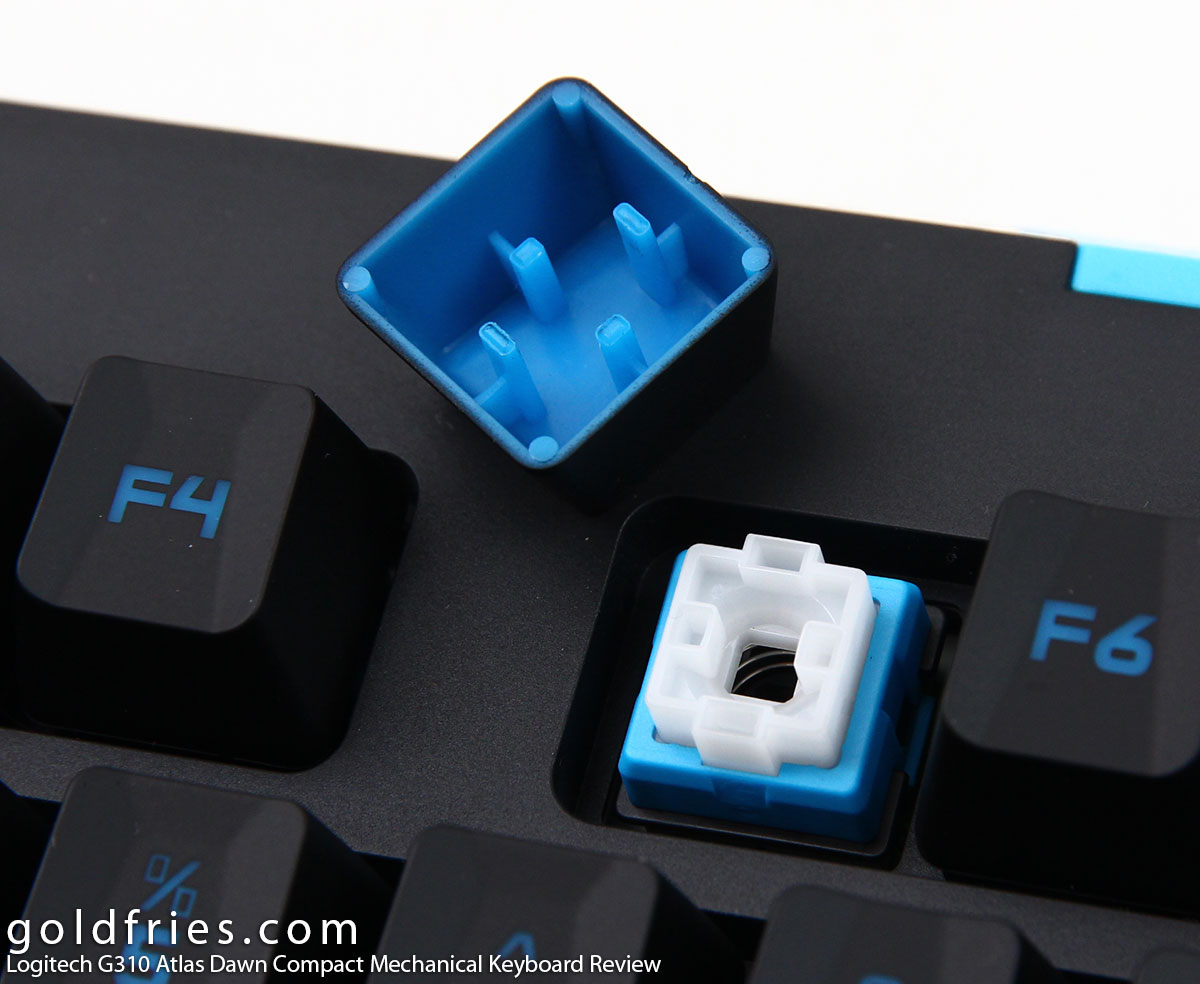 The G310 Atlas Dawn comes with an ARX DOCK for you to place your mobile device on it, have the mobile device be a monitor screen for your in game activity. Interesting concept but as a gamer (who plays RTS, FPS, MOBA) I feel that it’s really pointless. I should be focusing on the game, not monitoring numbers on a small screen. 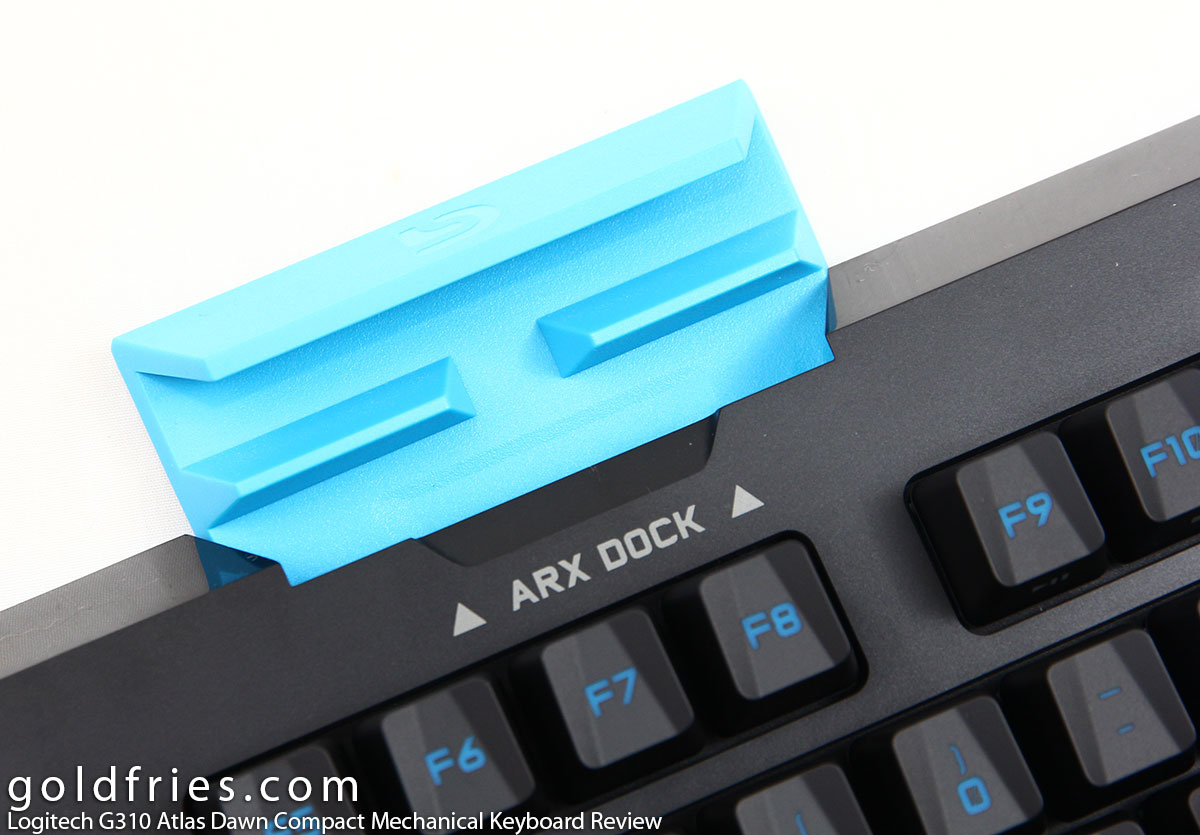 The under-side of the keyboard is of bright blue and it comes with large sized paddings. 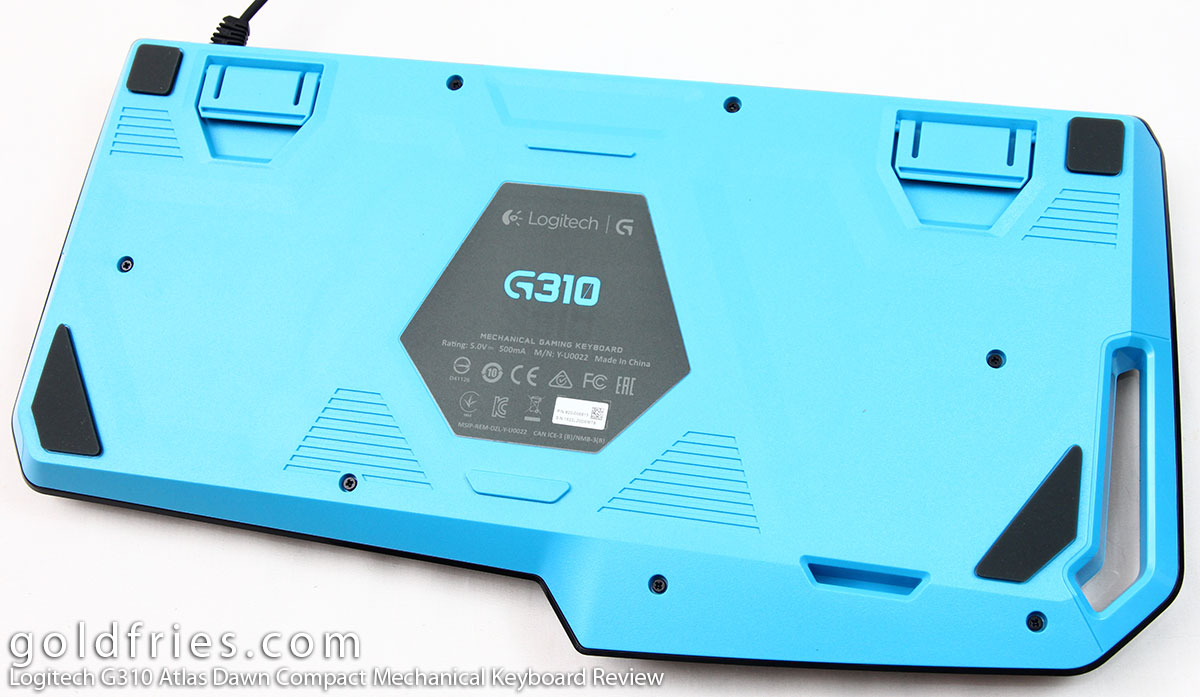 I like it that they placed the padding on the height-adjustment stand, whoever I feel that the angle provided is barely sufficient. I’ve seen better designs on this aspect. 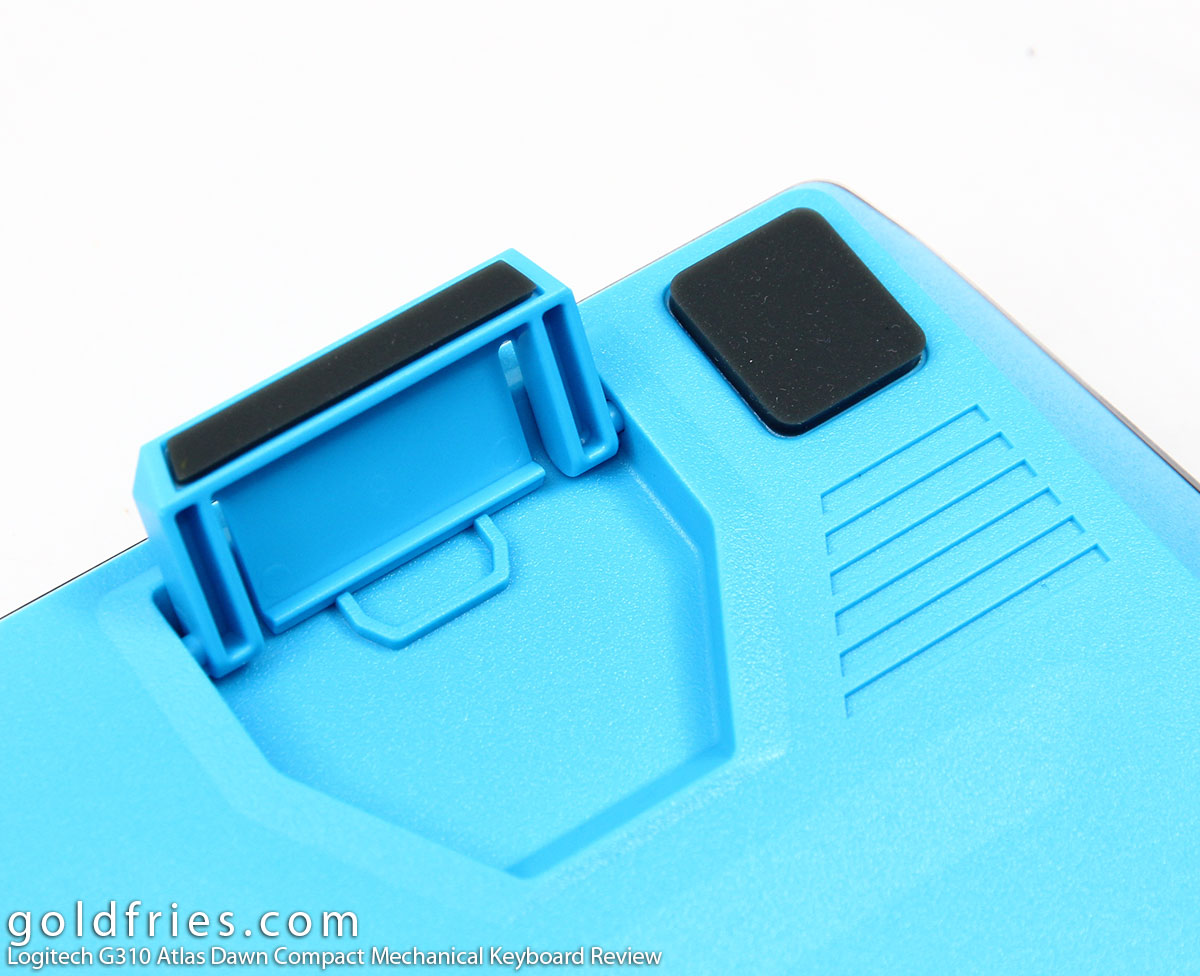 And lastly the USB cable, one that I think would’ve been better off braided.

Below are the specs for the Logitech G310 Atlas Dawn as taken from the official product page.

I’ve expressed most of my opinion about the keyboard so I’ll keep this section as concise as possible.

Just to recap, the keyboard wasn’t comfortable to use – I detest the keycap design and the angled palm rest makes gaming an uncomfortable experience.

The management interface was well-designed but limited. 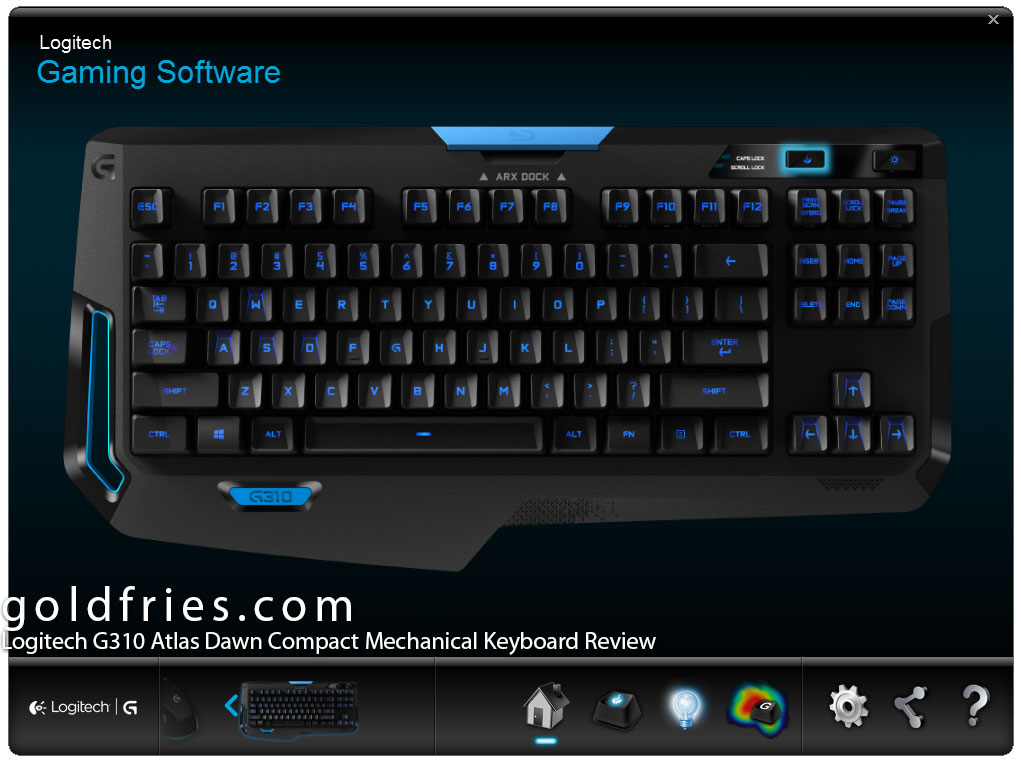 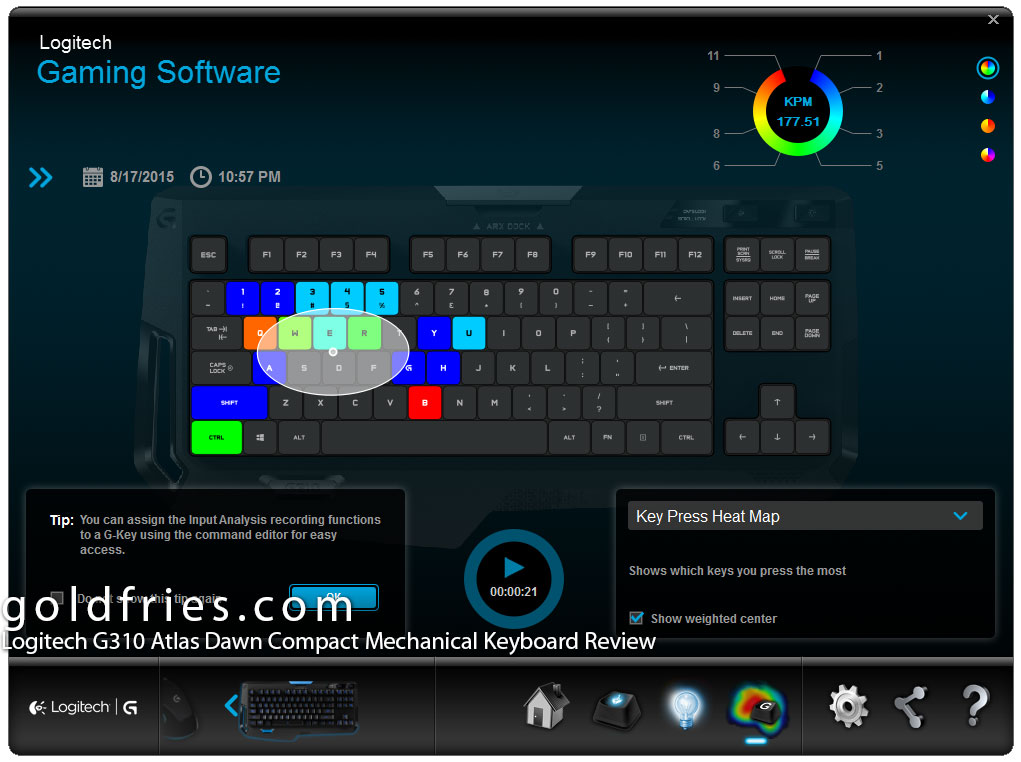 Logitech G310 Atlas Dawn Compact Mechanical Keyboard retails at RM 499, which is quite a hefty price tag to pay for a mechanical keyboard that’s not comfortable to use, its only strength would be the Logitech Arx Control software.

I can’t think of a good reason to recommend this keyboard to anyone, there are better priced alternatives from many other brands while more pricey mechanical keyboards often have a lot more to offer.