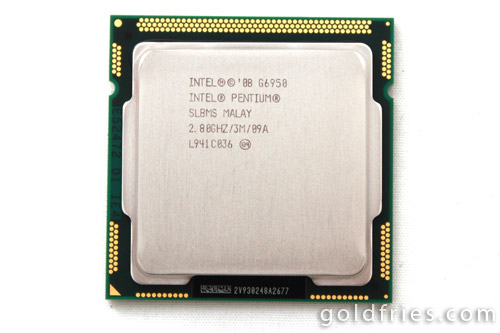 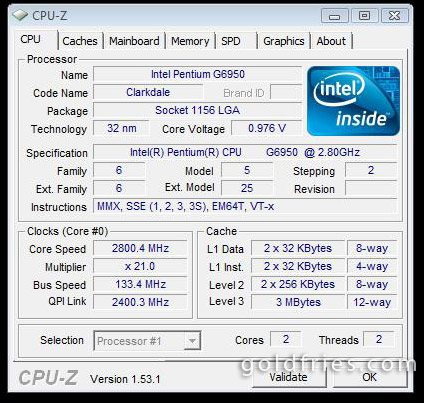 Here’s the CPU-Z capture of the processor on overclock, rather than my usual 20% overclock, I decided to try the 33% overclock to see how it fares against the rest. After all, it’s already a pricey dual-core. 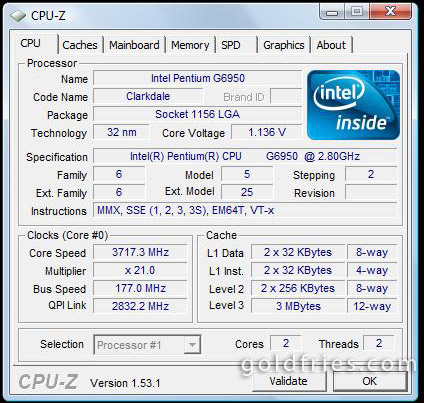 The Pentium G6950 5 is benched in both stock and overclocked state, it will be compared to the various i3-530 and 2 other Athlon processors of similar price range.

It’s pretty close to the X3 on idle and comes close to X4 after overclock (and beating i3-530).

The G6950 just barely beat the X3 425 on stock despite nearly 1Ghz boost in speed after overclocking. Number of cores affect the benchmark.

Tests were done with the stock heatsink, room temperature about 25Â°c

I think it’s not difficult to conclude that this processor is something not worth getting unless you’re just hell-bent on getting an LGA1156 Intel setup at the lowest cost possible.

I know, it’s dual core vs tri core, quad core and dual-core with hyper-threading but it’s important to know also what you’re paying for and what you’re getting. The X2 wasn’t in the benchmark because I find it not worth paying for, in this case – the G6950 suffers the same fate.

My take is add that RM 70 and get the i3-530 if you have the budget. If you need quad-core power without having to rob a bank, AMD is the way to go.