The Huawei Honor 6 Plus uses the Emotion UI, Huawei’s flavor of Android OS. You’ll see the EMUI screen during setup. 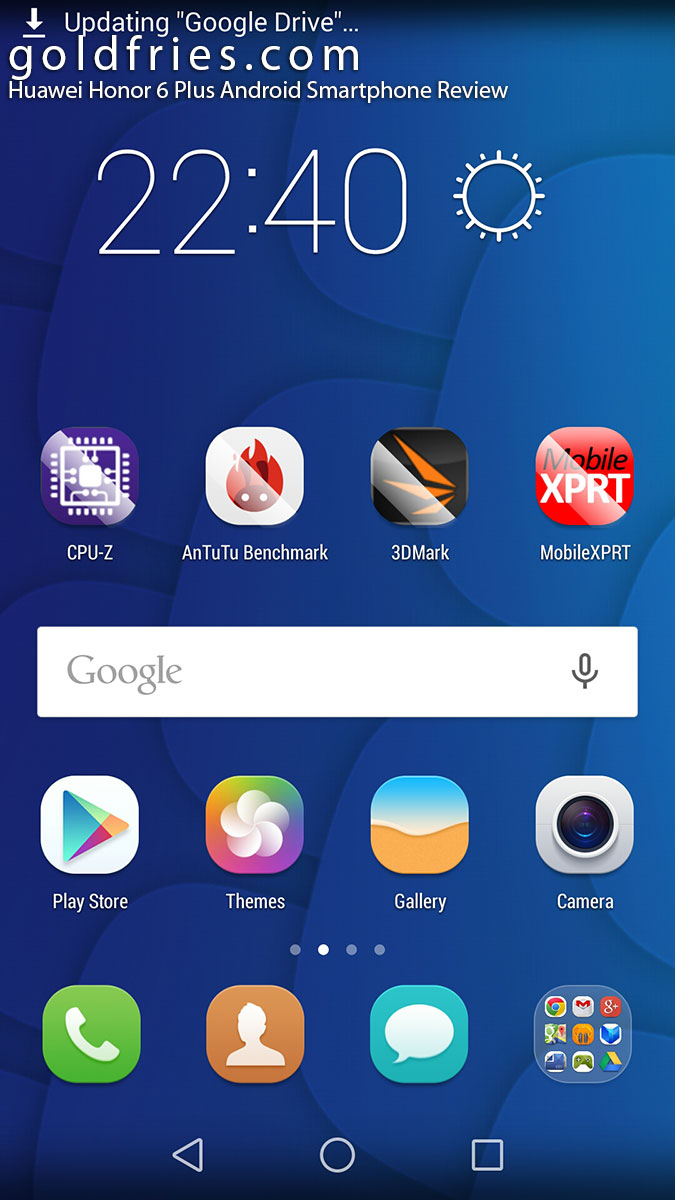 The setup process was somewhat ridiculous, I went through the usual Android OS setup where I would reach a point where I enter my Gmail details and as I was doing that, the OS intruded and decided to download a patch. Once the patch is done the phone reboots itself and I’m back to where I started – WTH right? Look Huawei, if there is ever a patch needed then I suggest you make it that it only initiates after I complete my entire setup.

And as with the EMUI, it’s one of those Android flavors I detest as it does not come with an App drawer, forcing you to clutter page after page of the Home screens with icons and folders like one would be doing on Apple’s iOS. One thing I like about the setting is that it indicates to you what type of connectivity is available for the SIM cards, unfortunately it’s one of those phones where the second SIM card is only capable of 2G speed. 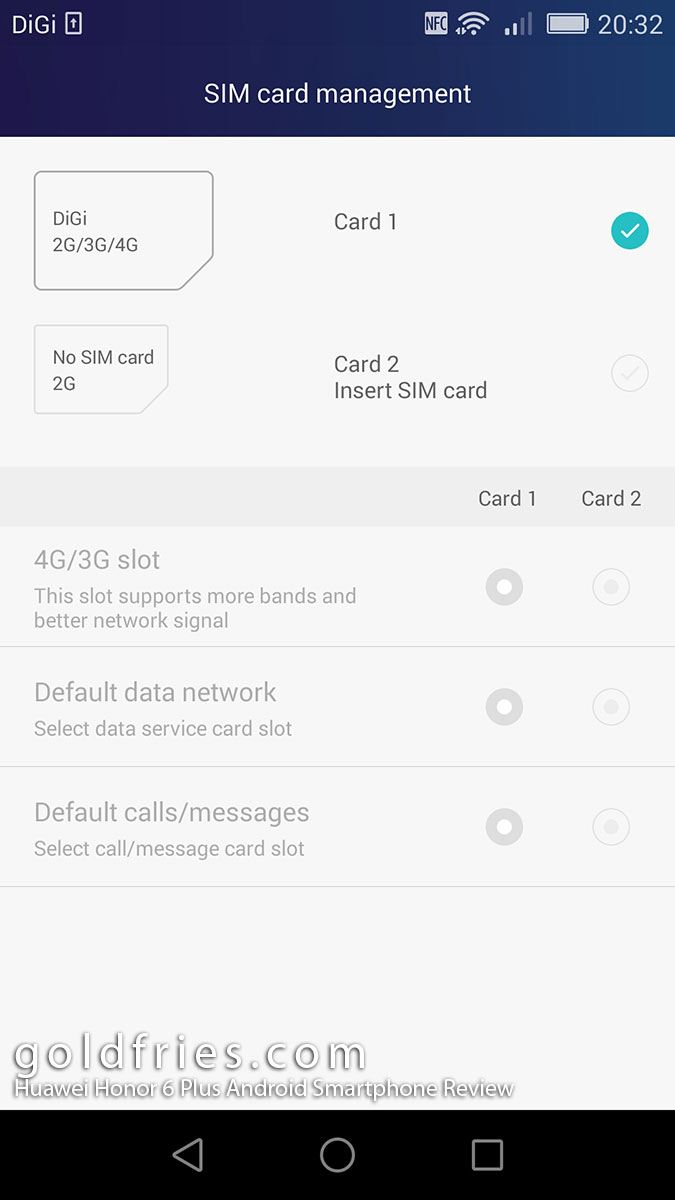 Physically the phone is huge, 5.5″ screen is like the iPhone 6 Plus – Note the similarity of the name. The Honor 6 Plus is huge and definitely a good candidate for those who like large screen. The phone itself is comfortable to use, responsive and has a great looking screen.

The phone does heat up and you’ll feel the heat at the sides (volume area) rather than the back of it because the back layer is of plastic. The SIM card tray on the Honor 6 Plus can be a little annoying, I had some difficulty removing the tray for SIM1 as the gap is too tiny for fingernails to pry, the tray on SIM2 works fine though.

The Honor 6 Plus works fine when it comes to call quality, the speaker at the back is loud as clear but might be muddled or inaudible should it be covered. As for the battery life, the phone is superb, draining only 3% battery after 10 games of Bejeweled Blitz. This means it’ll last more than 24 hours quite easily as long as you’re not a heavy user.

Storage wise the Honor 6 Plus is no slouch as it comes 32GB storage and it is further expandable via MicroSD. One caveat to this is that the MicroSD card shares the same slot as SIM2 – choose one.

The camera works very well, I like it that it manages to expose very well in a scene of such tricky lighting. 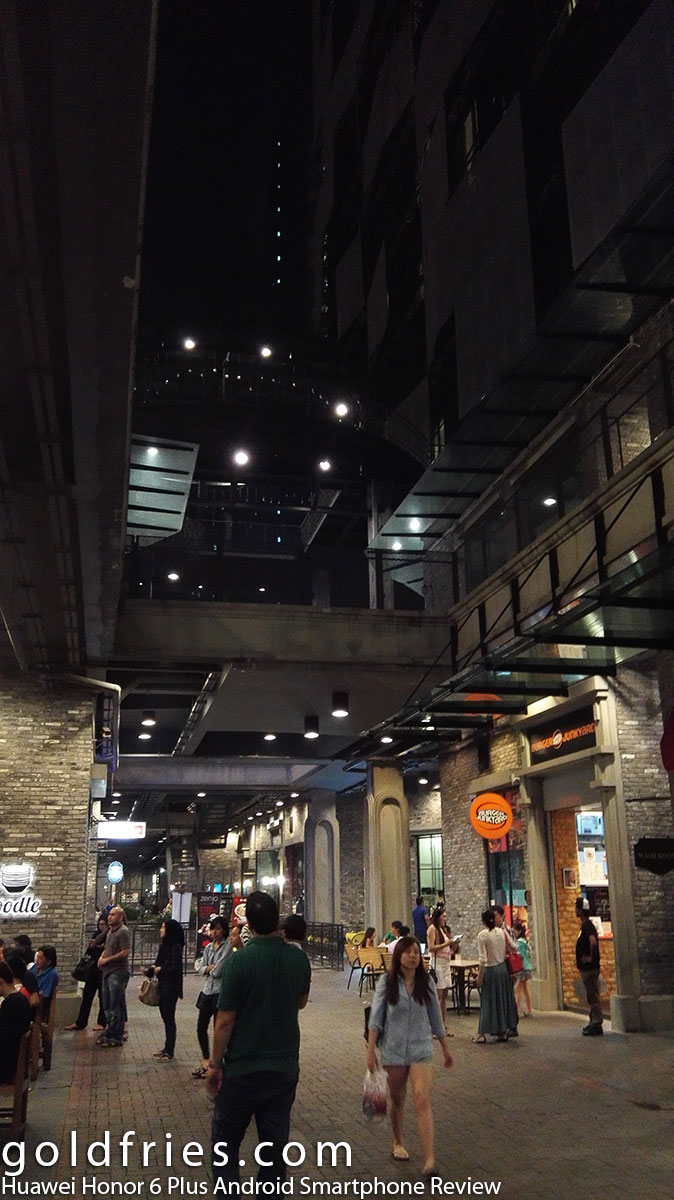 The camera on the Honor 6 Plus also works great for close-up. 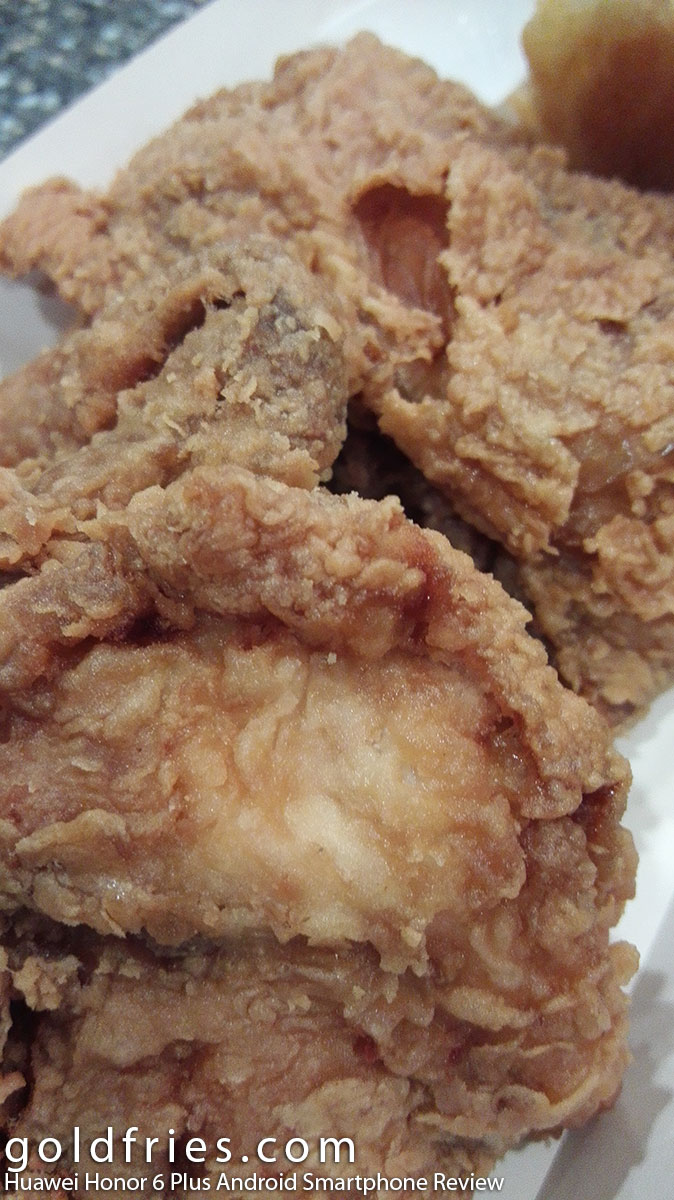 Colors are faithful to the scene. 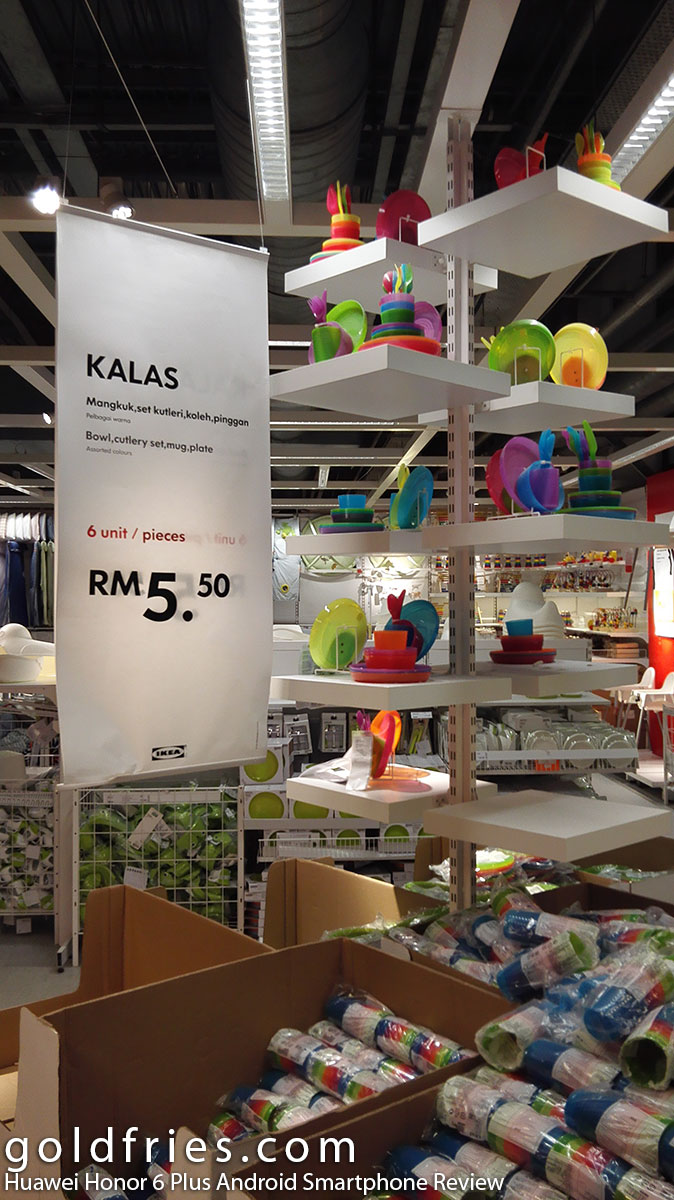 Overall the image output is very satisfactory, I need not adjust any exposure nor fiddle with any settings to get all the images listed here. While the images are good, I can’t say the same for the camera app’s interface because it’s horrible. Have a look the screen below – I don’t know if Huawei’s app designer actually put thorough thought into making the user interface but I have a feeling they didn’t.

Firstly, as if it’s bad enough that the Android buttons are on screen, the camera app has loads of buttons all over the place and guess what, they take up some 33% of the overall screen space. What this means is that if you have a particular area that you wish to focus or have an exposure on, sorry to say those areas are blocked by the interface. Good luck wasting time focus / recompose.

Secondly, the screen fades to dark at the top and bottom – this is something that looks good but in reality it’s ridiculous because as the person taking the picture, I want to see what EXACTLY I get from the screen, not some sides that fade to dark. 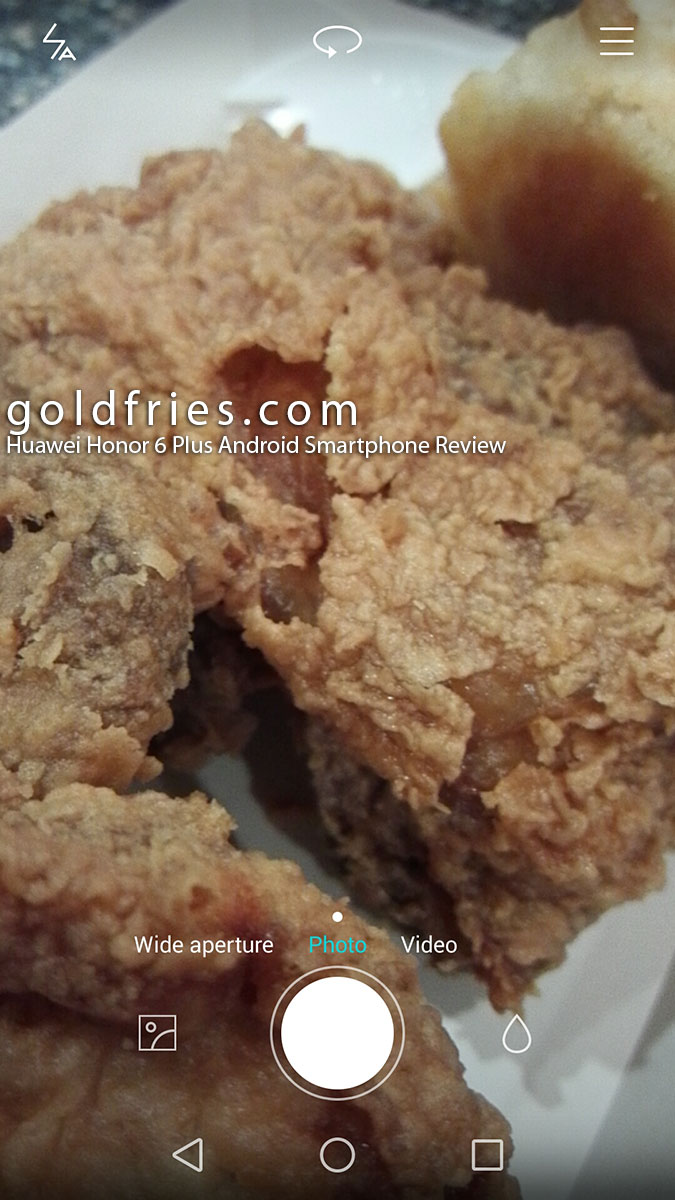 The camera comes with a WIDE APERTURE mode – great but not that great, once you set it to wide aperture mode you are only limited to 4:3 aspect ratio. 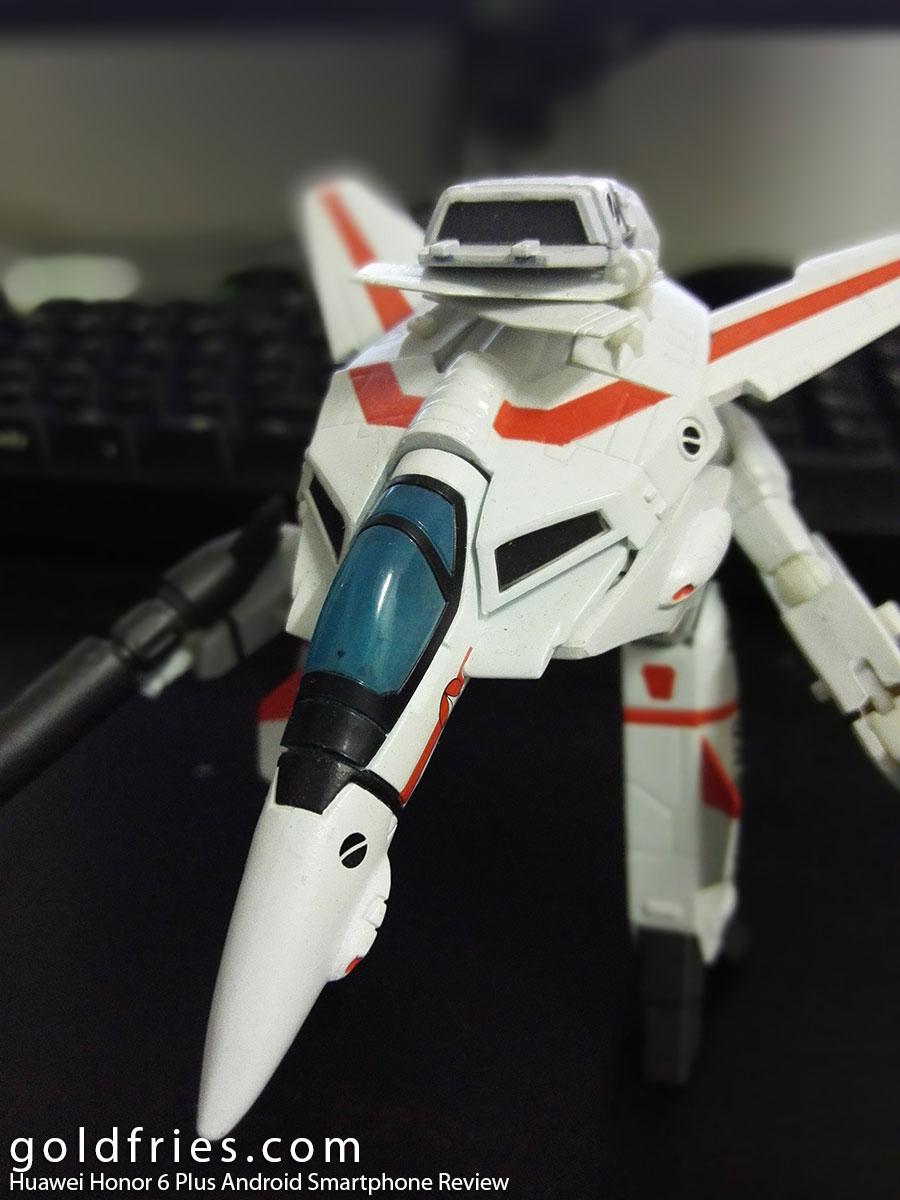 This is what the screen looks like when attempting the WIDE APERTURE mode. What’s the point of promotion a feature that limits the resolution? 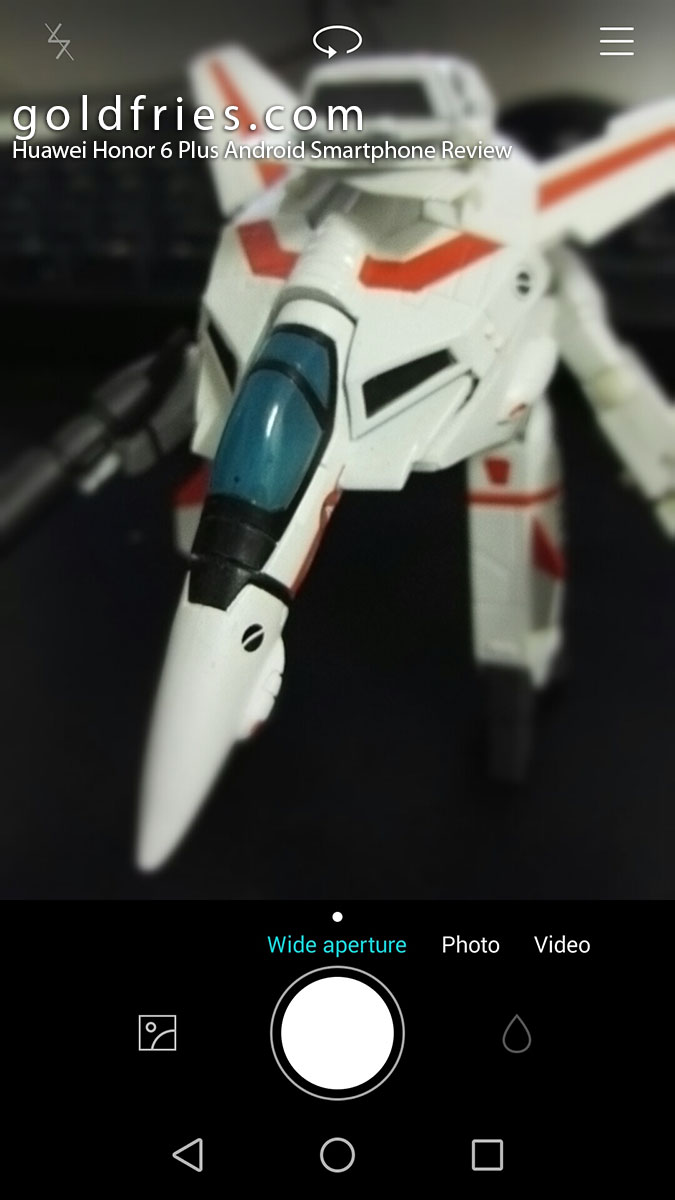 As for the video feature, I’m quite pleased with it as it comes with not only Full HD recording but it also comes with image stabilization, kudos to Huawei for this part.

The Huawei Honor 6 Plus retails at RM 1,399 – you get a sleek looking phone with an easy to user interface, large and great looking screen, 3600 mAh battery that’ll last you a really long time, and a pretty good camera. I’d say it’s a pretty sweet deal.