Starting off is the Antutu Benchmarks, of which I’m surprised the tested result is higher than the one that’s already rated. I’ve tested many devices, they usually fall short of their default figure. 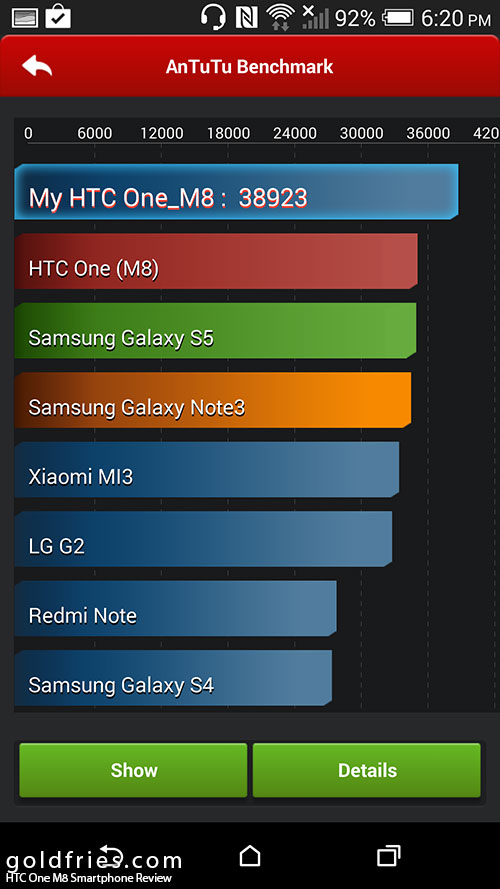 And here are the numbers from Antutu Benchmark for the number junkies.

Next up is 3D Mark of which I’m pleasantly surprised to see that the results are MAXED OUT but I’m also disappointed, not at the phone but at Futuremark for the horrible reporting. They should at least provide a number, and is there even such a thing as MAXED OUT to begin with?

The HTC One M8 is truly a work of art, it feels great to the touch and even greater when in use. I love the build, love the camera, the audio and just about everything about it ……… except for the price, of which I honestly do think that the SRP of RM 2,199 fair for such a beautiful device.