If you’re an old-timer in the DIY PC scene, you’ll surely remember the brand HIS. We’ll have a look at how their IceQ XÂ² cooler performs on the R9 285 GPU. 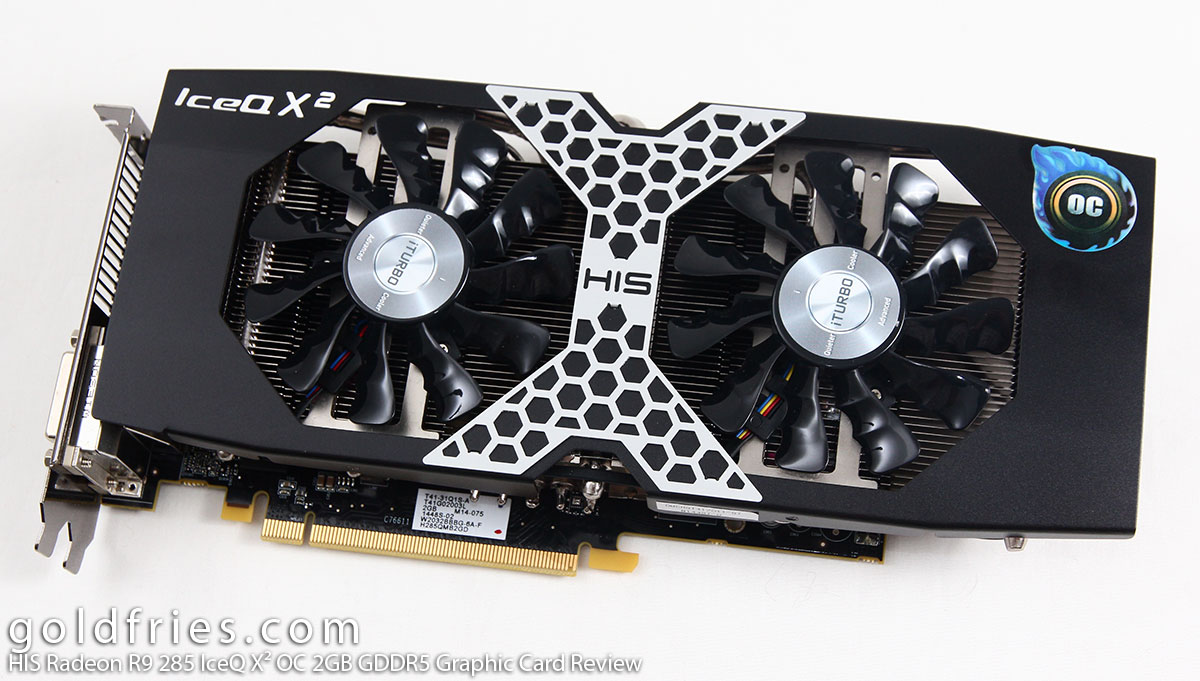 Before that, let’s have a look at the packaging – wowzers! Unlike other graphic card boxes, the one from HIS is packed vertically. 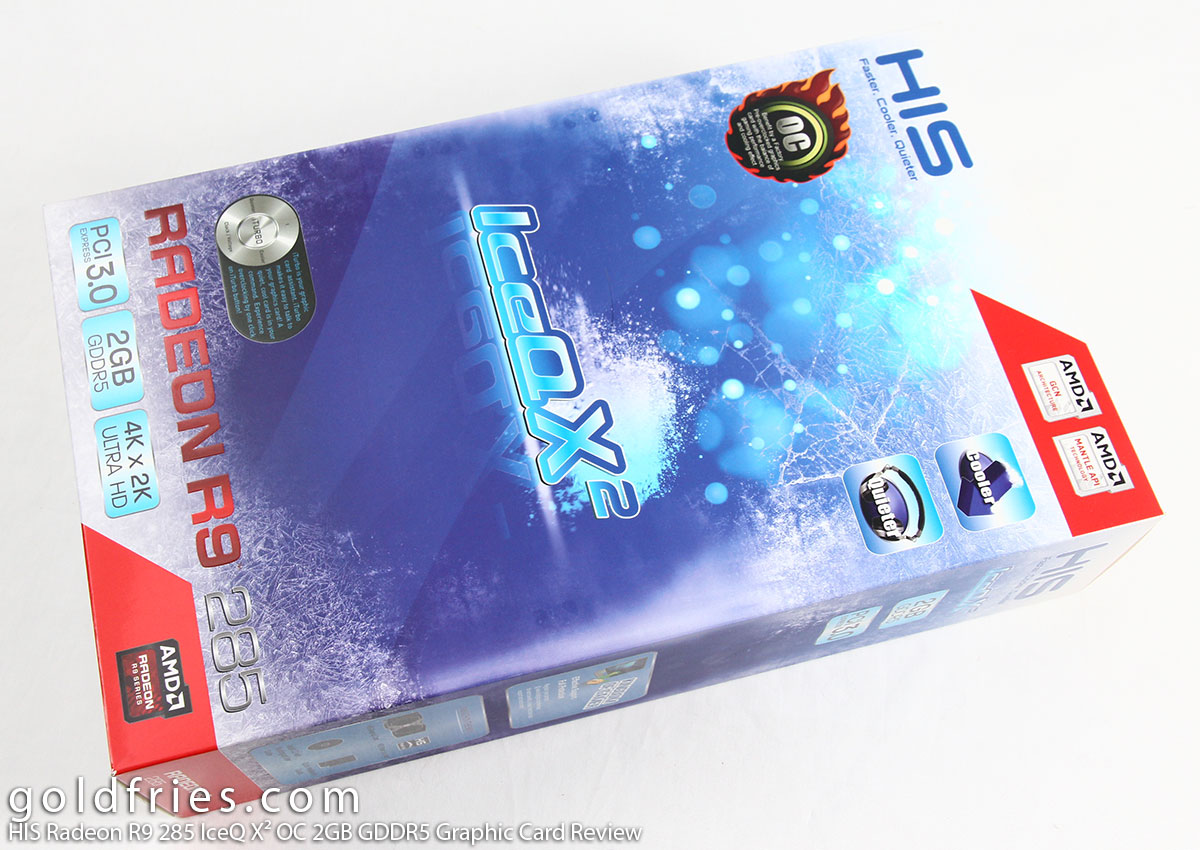 Here’s the box content, the beautiful IceQ XÂ² cooler is visible through the anti-static bag. 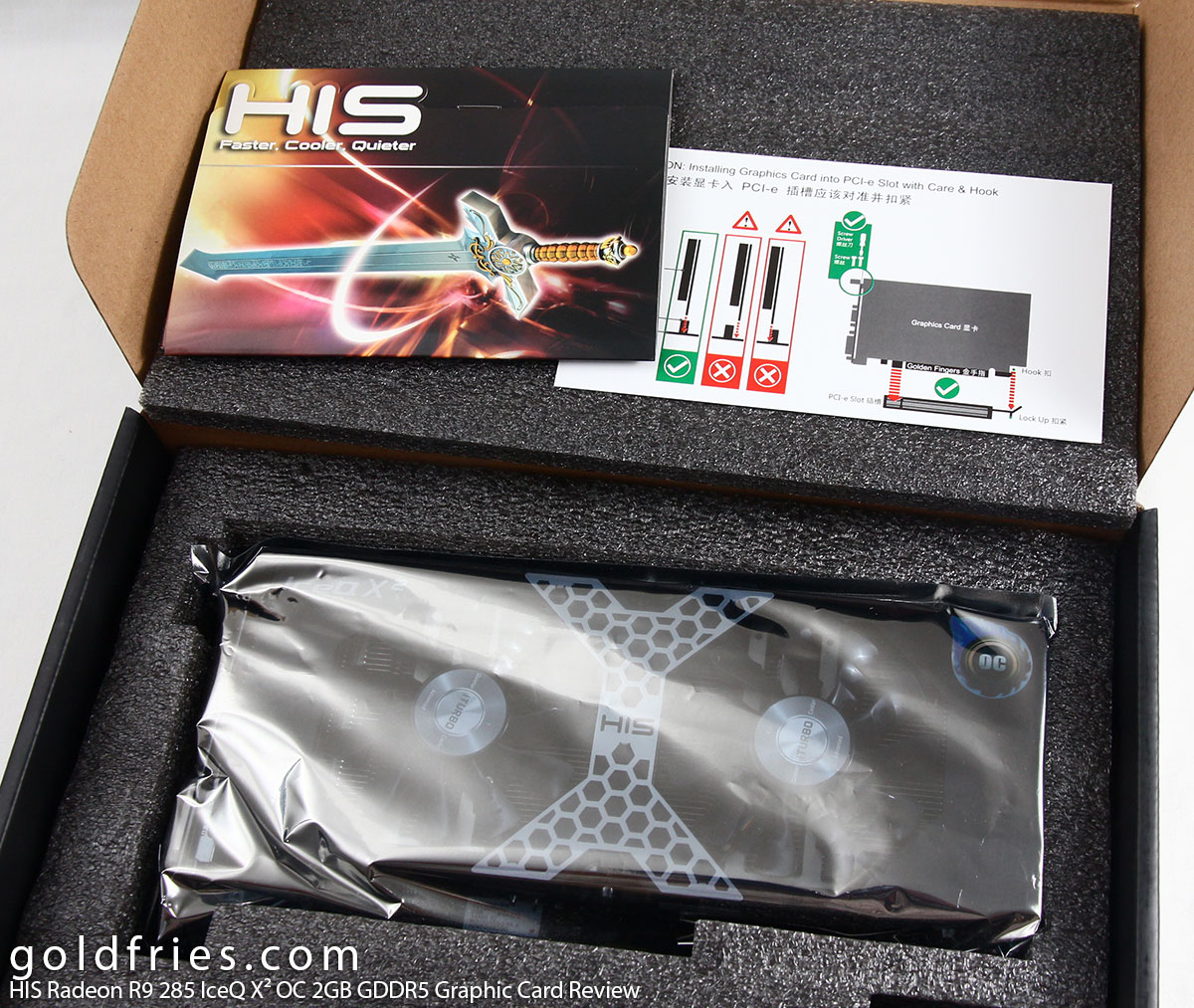 And so this is the graphic card, the IceQ XÂ² cooler looks great but what I didn’t like was that HIS slapped an ugly sticker right at the corner (refer to first image, and the image above), what a way to ruin the beautifully designed cooling system. 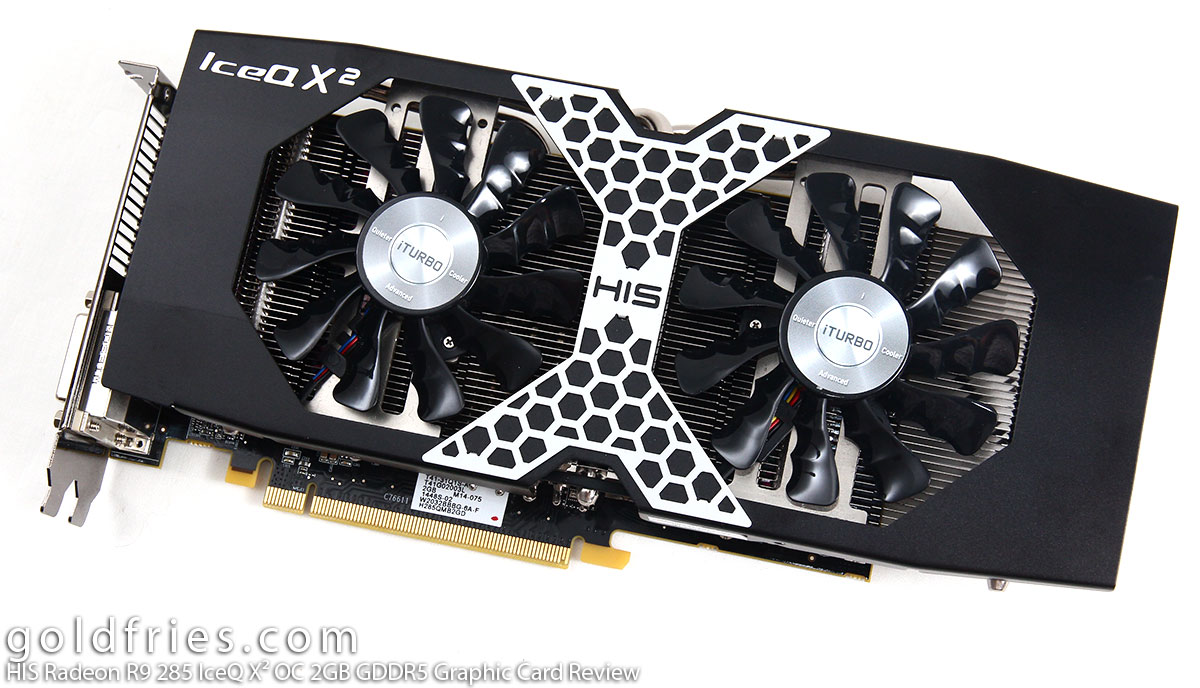 Seriously HIS, I’ve used many brands over the years and NONE of them placed an “OC” sticker on the shroud. It’s just plain ugly, when the blue sticker doesn’t blend well with the black & silver themed heatsink shroud.

OK, so design bashing aside, I love the appearance of the graphic card and I do see quite some modding potential here. From the top you’ll see that the PCB is actually quite short and the heatsink extends far beyond the length of the PCB. Note also that the R9 285 uses 2x 6pin PCI-E power connector instead of 8+6 like most R9 cards, some R9 280X cards use 8+8 pins. 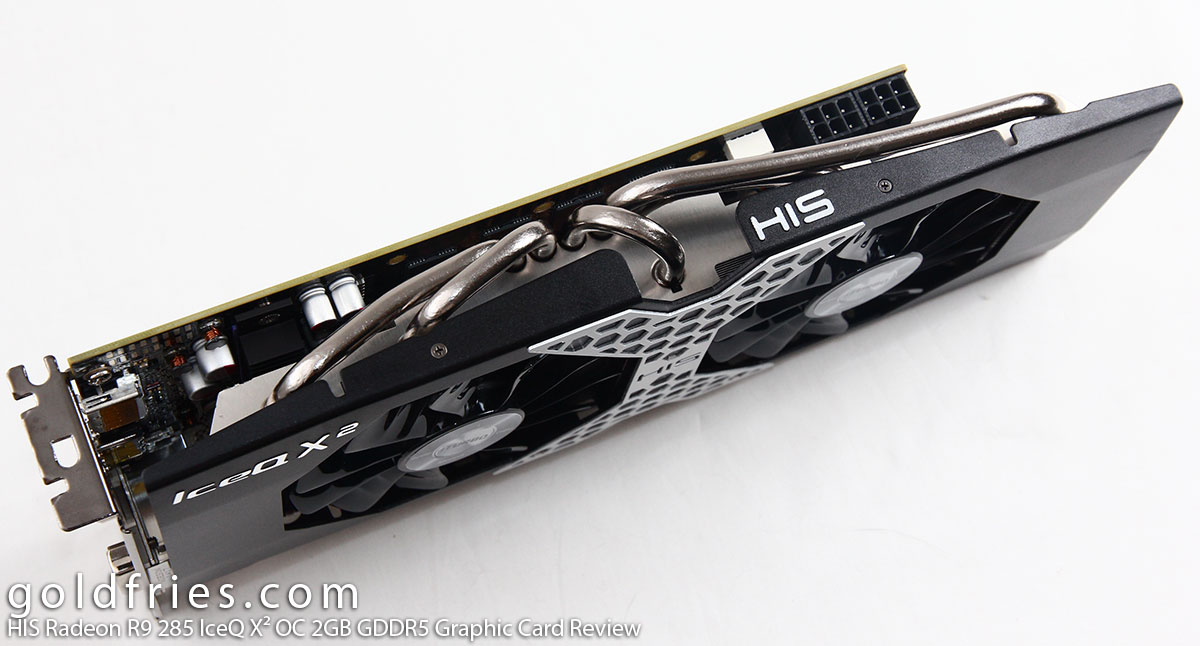 One thing that HIS could consider improving is the way the cables are visible, it’s rather unsightly. 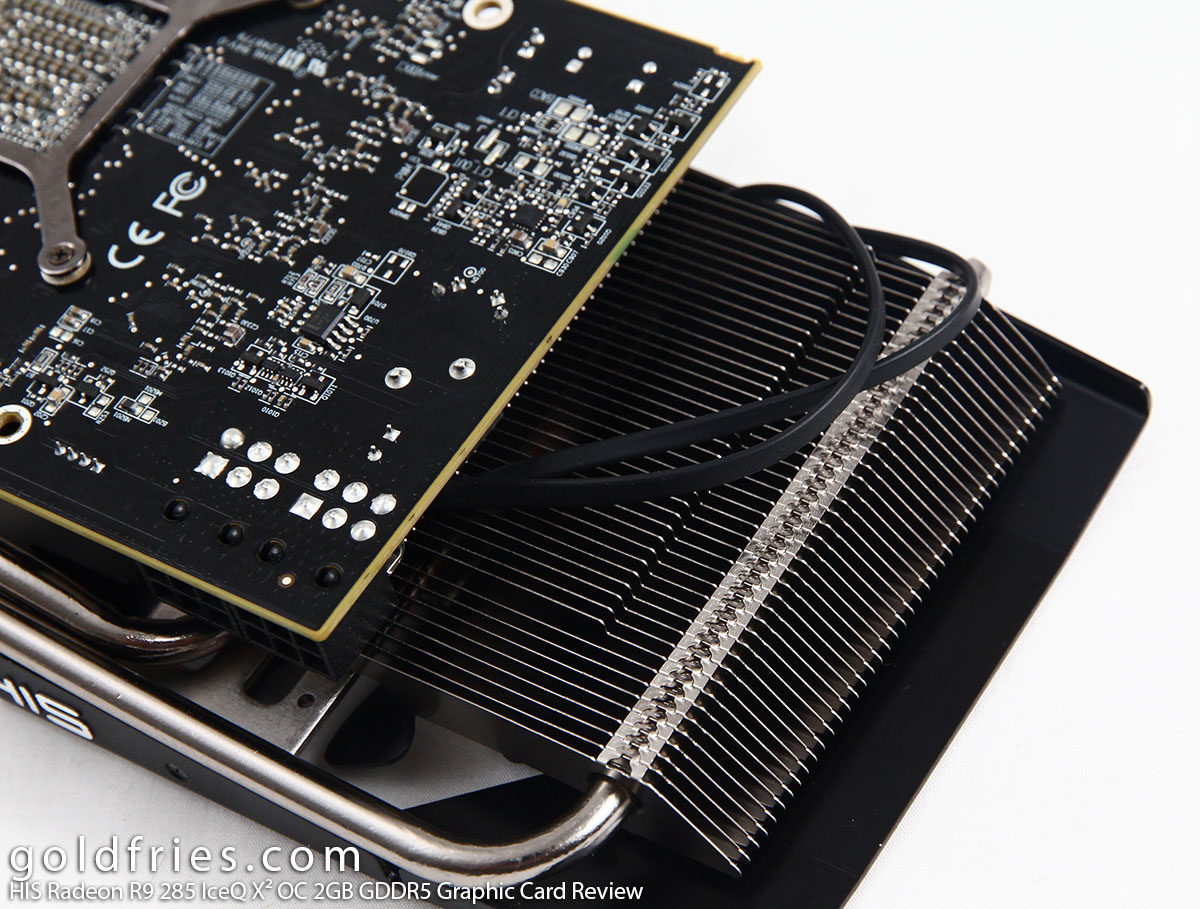 Here’s the view from the back, a black PCB with a small plate holding the mounting points. 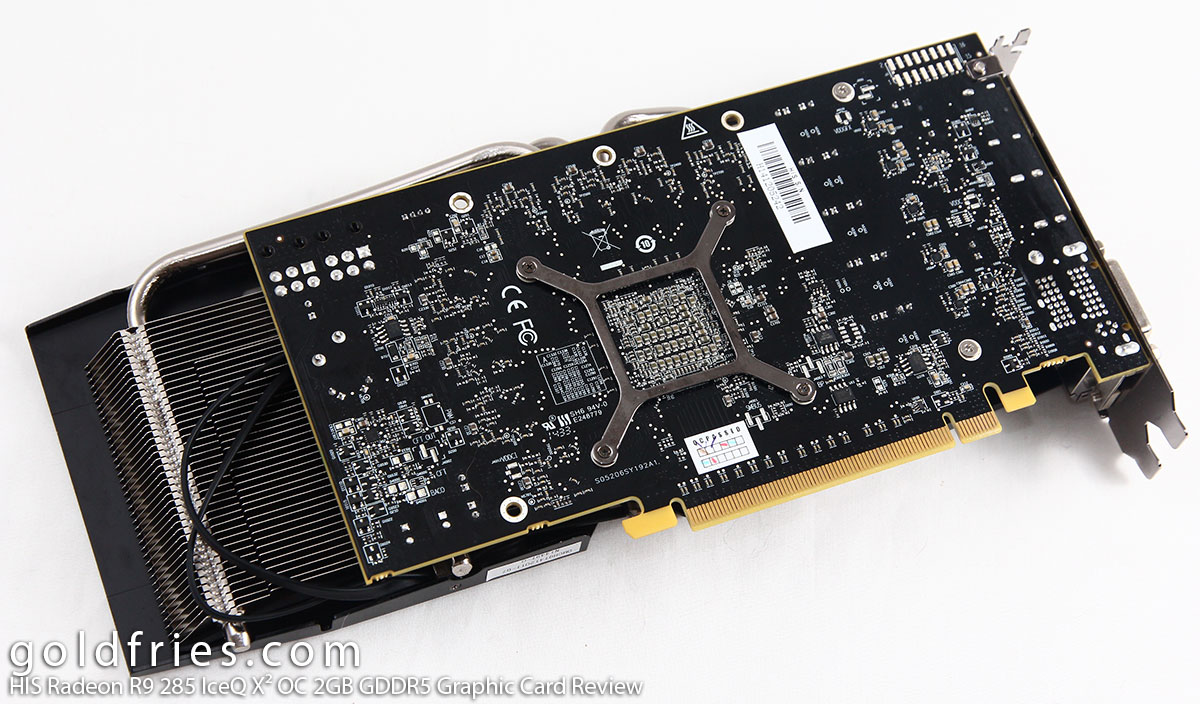 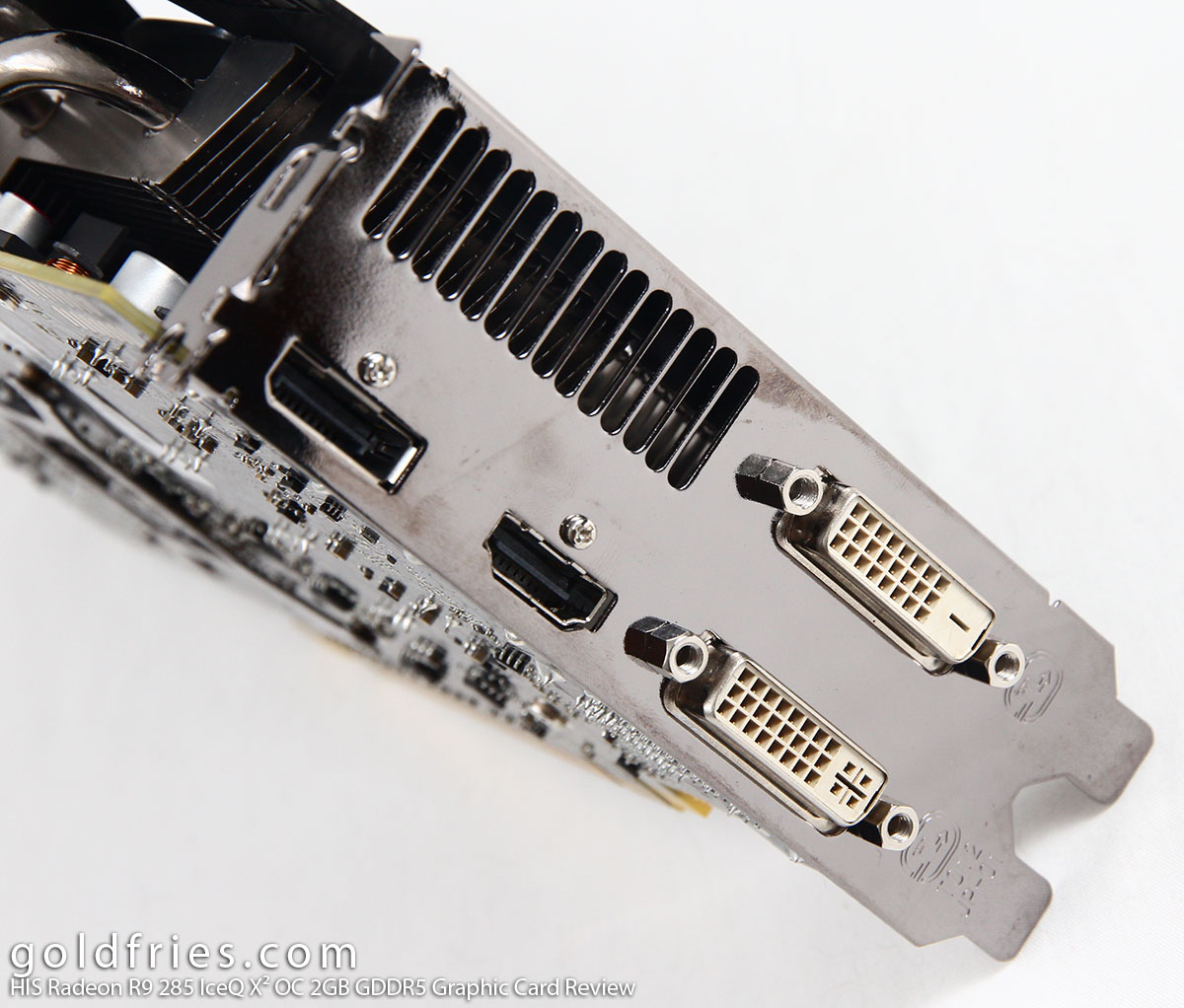 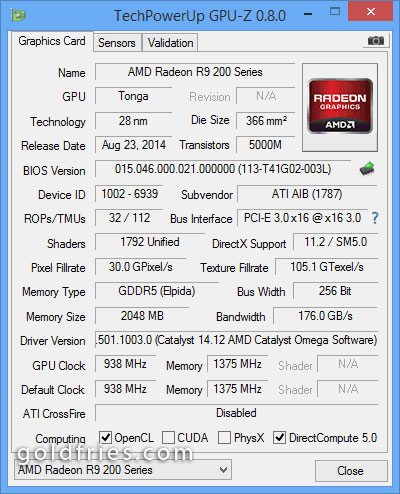 Confused yet? The R9 285 has a higher model number than the R9 280X but it has much lower fillrate and memory bandwidth.

The R9 285 performs very well despite being inferior on specifications, its performance hovers between the R9 280X and the R9 280 while consuming much less power.

The HIS Radeon R9 285 IceQ XÂ² OC is currently not available in Malaysia and the estimated price to be at RM 850. It’s a great card, that’s for sure. It runs cooler due to the reduced power consumption and the IceQ XÂ² cooling system could run at much lower RPM and still maintain good heat levels when in operation.