An Ultrabook for RM 2,099? That sounds promising but doesn’t it sound too good to be true? 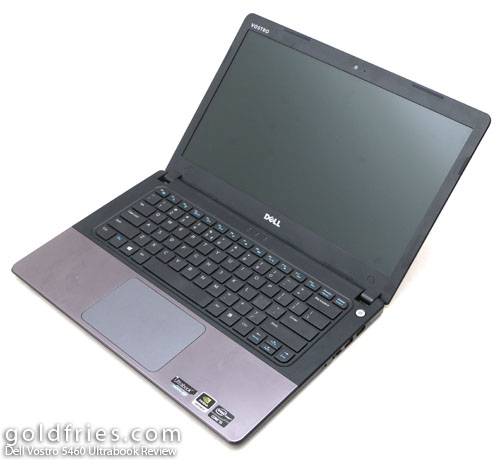 At the time of this article, the Dell Vostro 5460 is available at RM 2099 as seen on the Official Product Page. 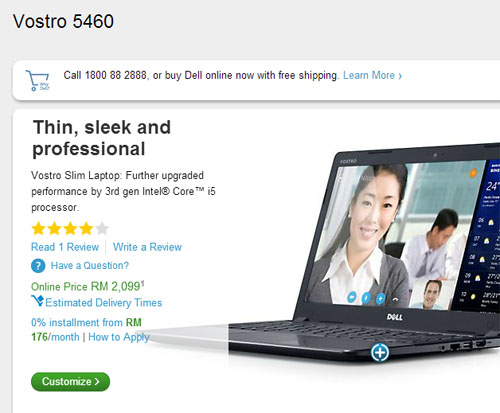 Unfortunately the affordable priced Ultrabook does have its strengths and weaknesses but before that, let’s have a look at the ultrabook itself. 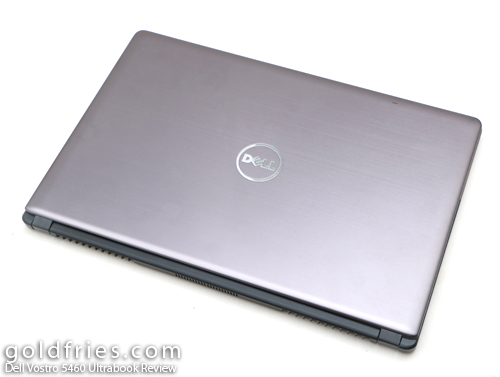 It comes with a larger than usual touchpad that’s very comfortable to use, and take note of the full-sizes keys on the keyboard as well. The feel is good, looks like Dell didn’t skimp on this aspect, I only wish it was backlit. 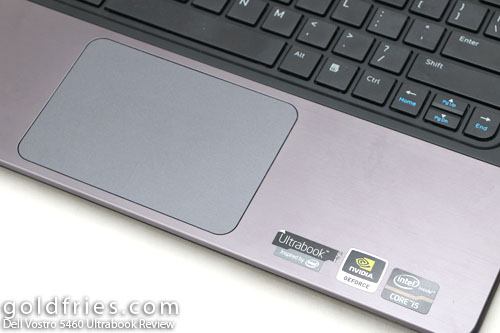 Various I/O ports on the left….. 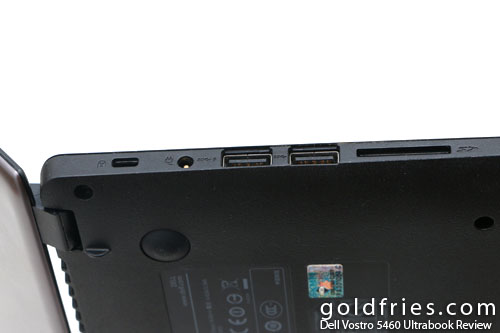 And as always, ports on the right too. What I like about this Ultrabook is that it comes with an RJ-45 port! That’s something you don’t see on many ultrabooks. 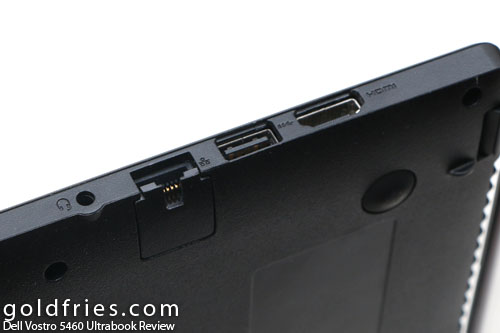 Ventilation shafts are at the back. 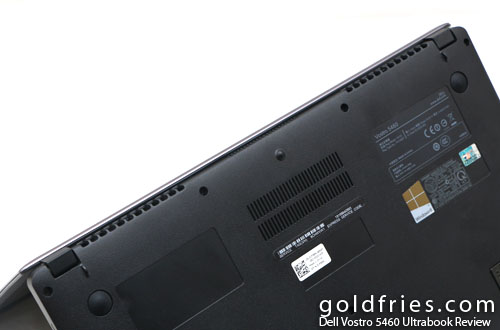 Speakers are at the bottom, it comes with a sub-woofer too. 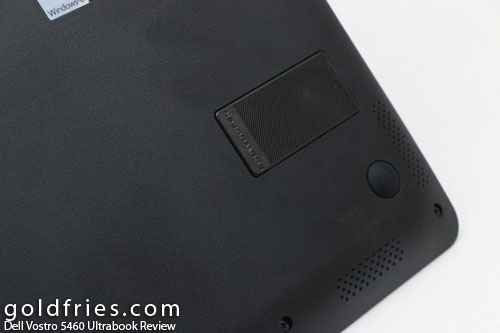 The beautiful part of this Ultrabook is the processor and graphic capability.

It runs on a Core i5 processor, an i5-3337U to be exact. *Strangely it seems, the processor on the website seems to be different*. 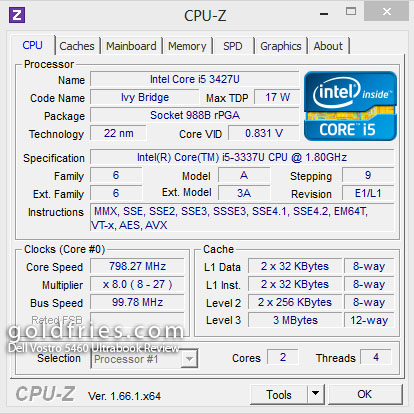 As for the graphic capability, it has both Intel HD 4000 Graphic and also an nVidia GT630M. 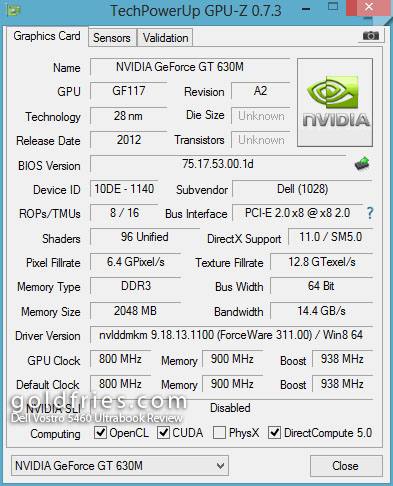 That aside, it comes with 500GB 5400 RPM HDD for storage. It’s not SSD but it’s sufficient, it helps lower the cost.

I had a good time playing StarCraft II on it over a holiday a few weeks back and it’s pretty impressive. I played quite a number of 4 vs 4 games (myself and 7 AI) and the game did face some slowdown when the action is heavy but overall I’d say it’s damn good for something priced at RM 2,000 – an Ultrabook at that!

My only gripe about this Ultrabook is that it has horrible WiFi Connectivity as it is extremely horrible when it comes to picking up WiFi signals. For example, at a location where I could usually get 4 – 5 bars, the signal strength on the device would be about a bar or 2 below what I usually get.

This is really frustrating as there are times that I can’t even use the Ultrabook as I can’t even see my WiFi SSID, let alone get connected. It’s a huge let down on this aspect and the only work around is to get USB WiFi device; which is a huge bummer as that defeats the purpose of having WiFi capability, furthermore it takes up a USB port. 🙁

The Ultrabook also lacks touchscreen of which I think isn’t all that bad, basically you’re paying for the processing power and graphic capability and with that, it comes with the sacrifice of touchscreen capability.

Oh and for those who are into numbers, here is the PC Mark 8 score. 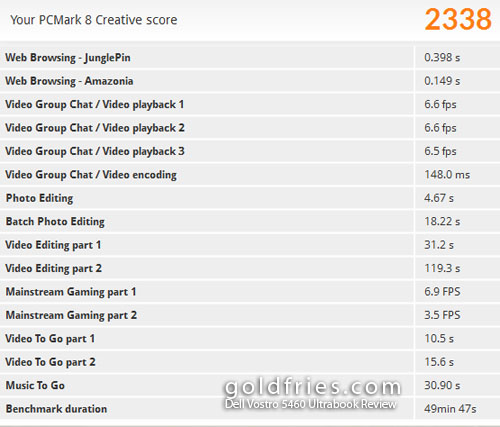 It’s a value for money Ultrabook. You don’t get an SSD but you get a 500GB HDD. You don’t get touchscreen and your WiFi capability is mediocre at best BUT you get a Intel Core i5 (2 core 4 thread) processor with an nVidia GT 630M mobile GPU.

2013-10-11
Previous Post: How Much Should Should You Pay For An Apple iPhone 5S / 5C?
Next Post: Graphic Card Performance with AMD Catalyst 13.11 Beta Driver