The latest player in the arena of Cooling Components, CRYORIG does not disappoint with the R1 Universal cooler that’s in the lab for this review. Let’s start with the packaging. 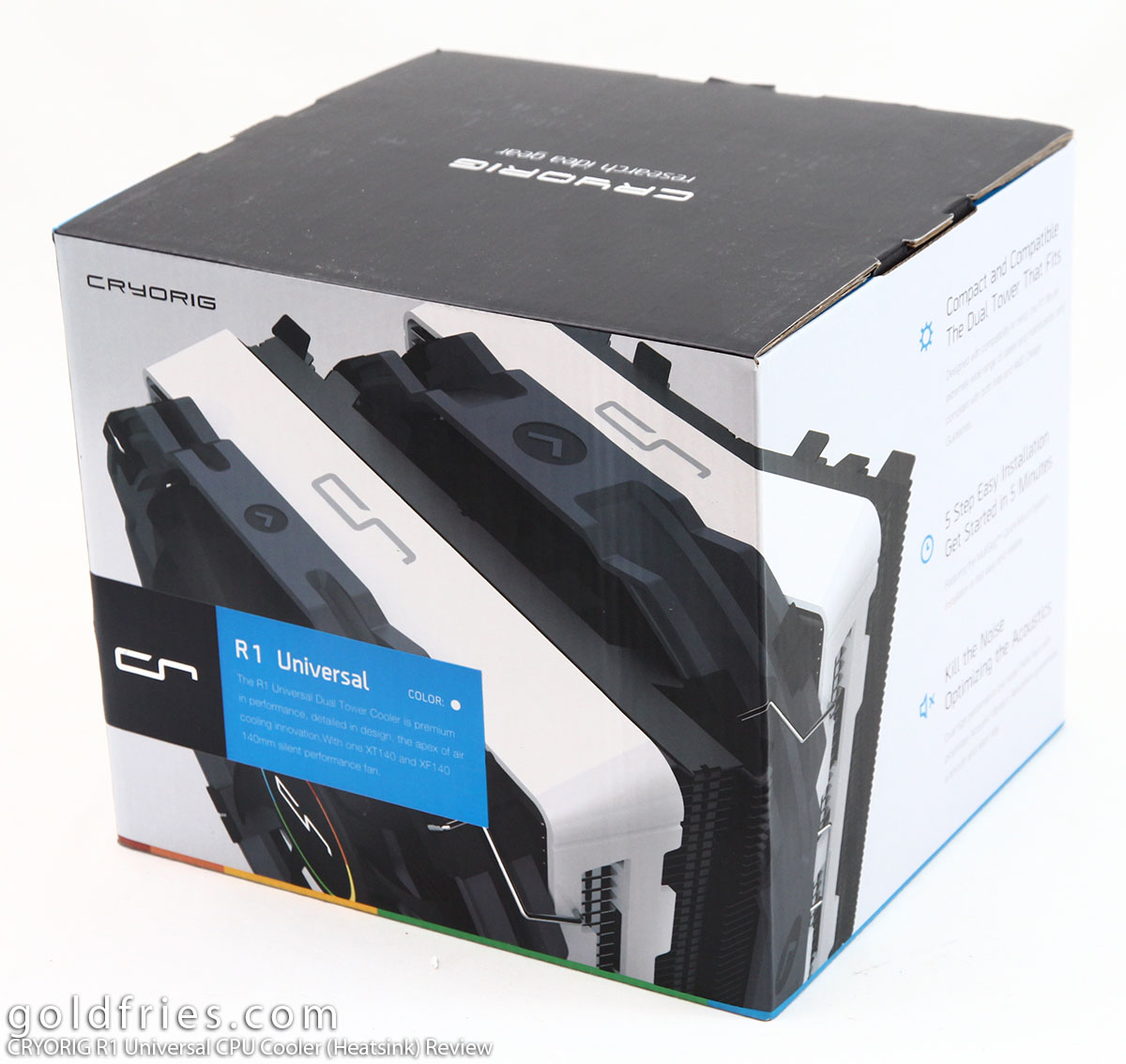 On the exterior the packaging doesn’t look fancy at all but as for the interior, I was impressed by their simple design using brown card board. The interior comes in 2 sections, the first section on top is where the package contents are kept. 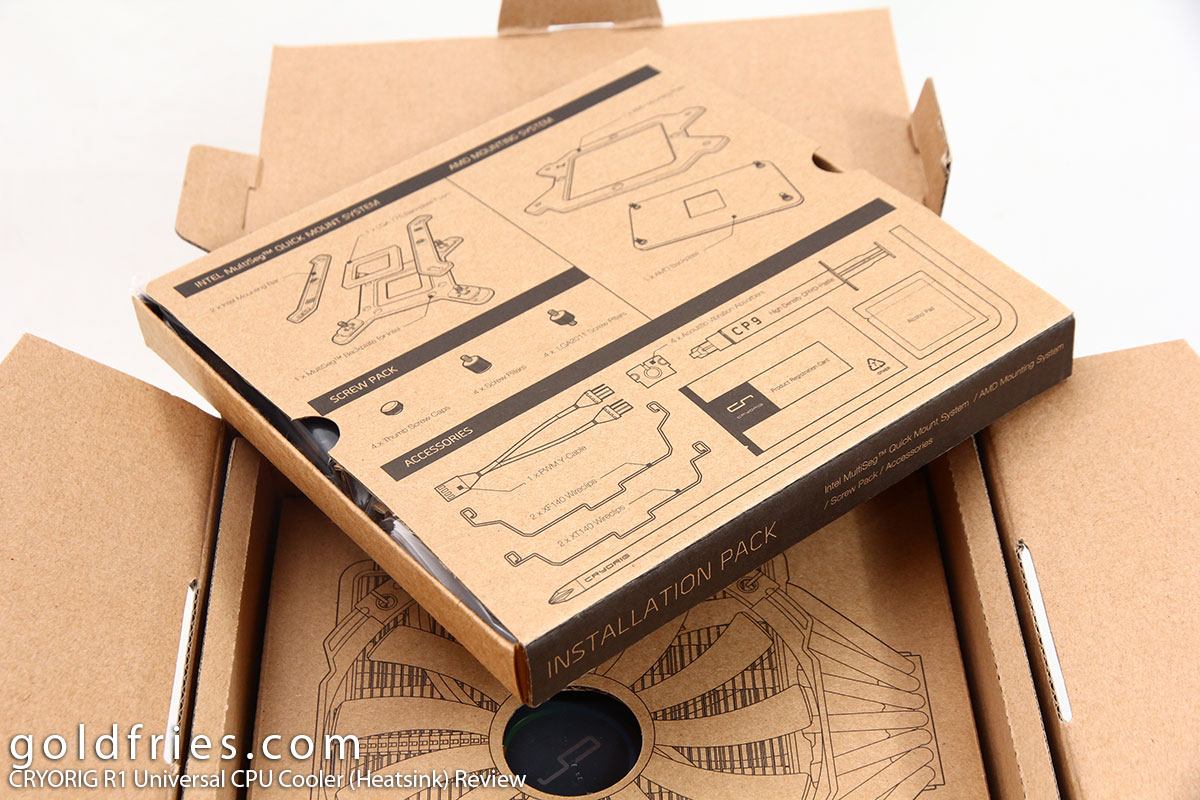 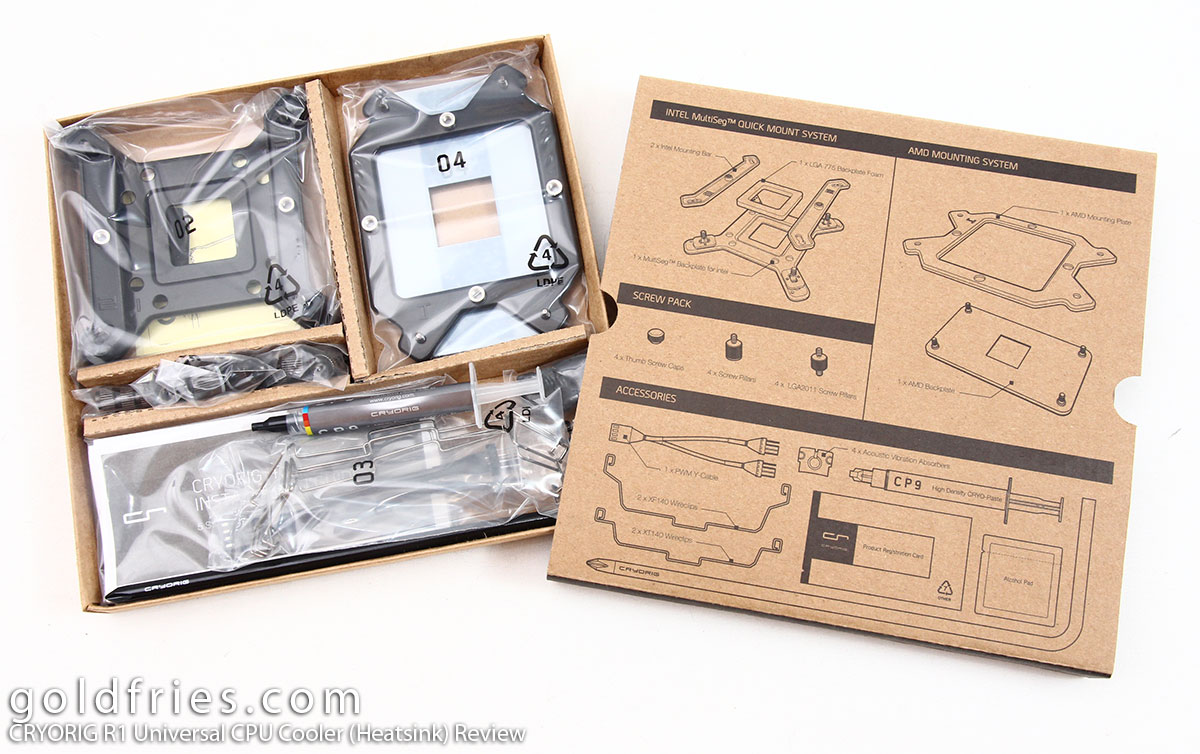 On the second section lies the heatsink, neatly tucked and covered by a protective plastic. As for the heatsink, let’s start from the top – the twin-tower heatsink has both towers covered by a plastic shroud, the ‘CR’ word doesn’t show up on the picture, much thanks to the reflective surface. 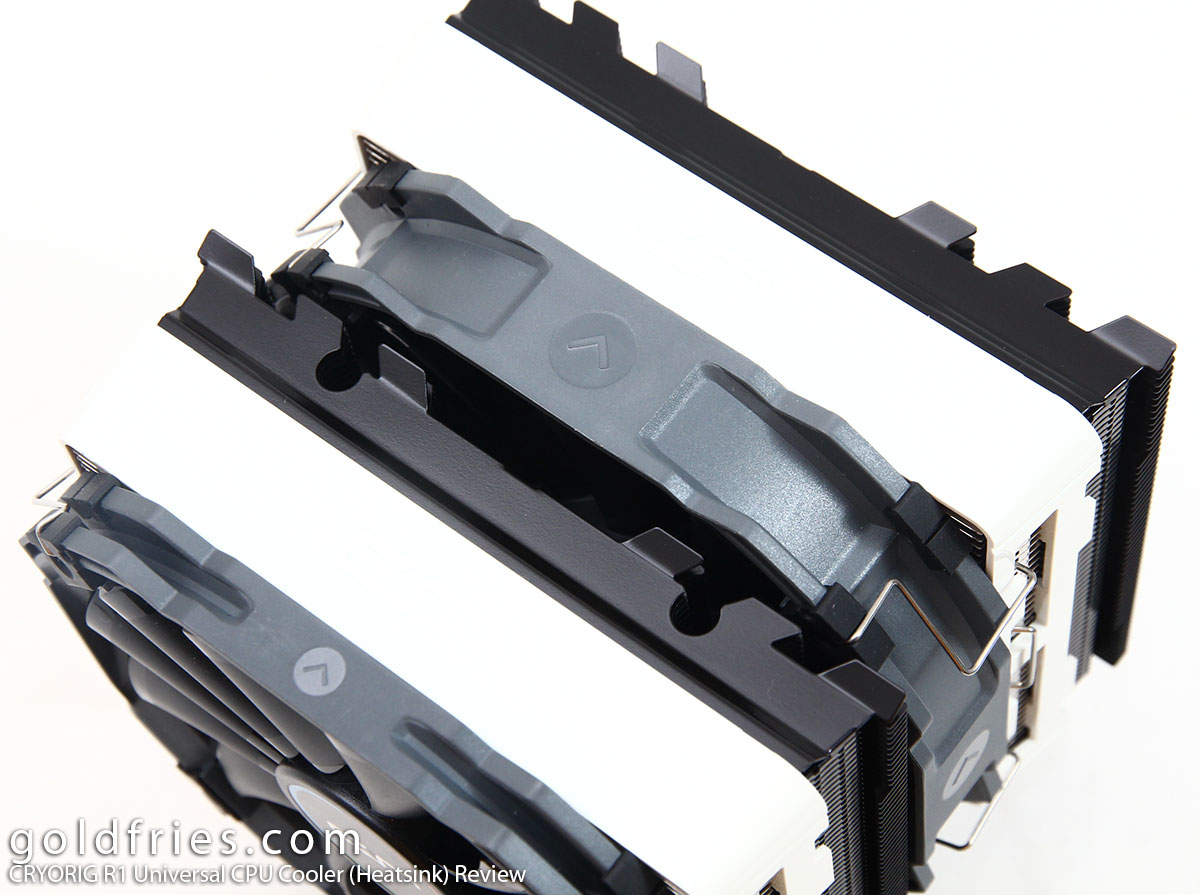 On the side, you’ll see the the fans are held in place by metal clips. The fans are of different sizes, XF140 and XT140 with the latter being the slim profile fan, details will be provided in a bit. Why a slim fan? 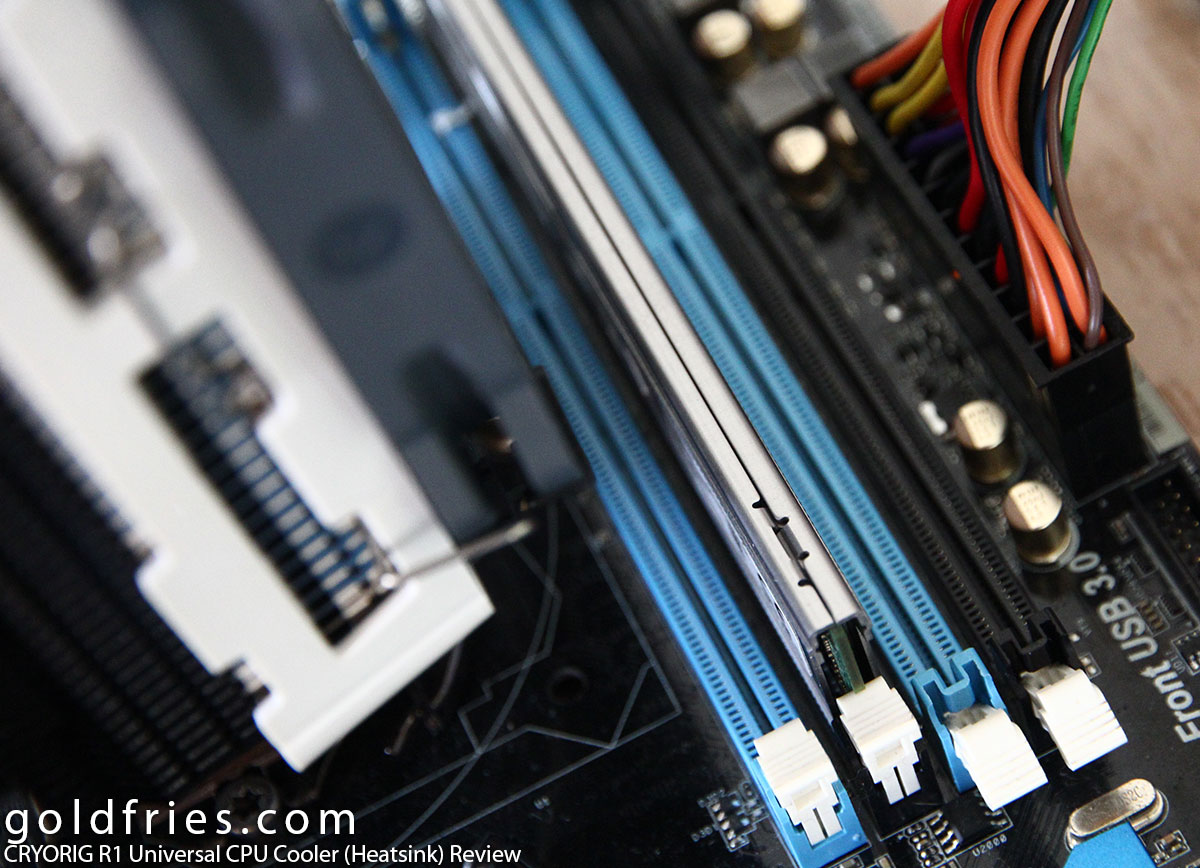 That’s because by using a slim fan, the heatsink does not conflict with RAM sticks, especially seeing that Performance RAM often comes with tall heatsinks, like say the Corsair Vengeance range of memory.

Both fans featuring High Precision Low Noise (HPLNâ„¢) bearing and the detachable Acoustic Vibration Absorbers that give the fan a snugger fit while canceling vibration and noise at the same time. According to Cryorig, the R1 Universal uses their Convex-Alignâ„¢ System that allows for more heatpipes in a given area, optimized heatpipe placement in the copper base, and improved alignment with the processor so each heatpipe functions to their maximum TDP capacity. 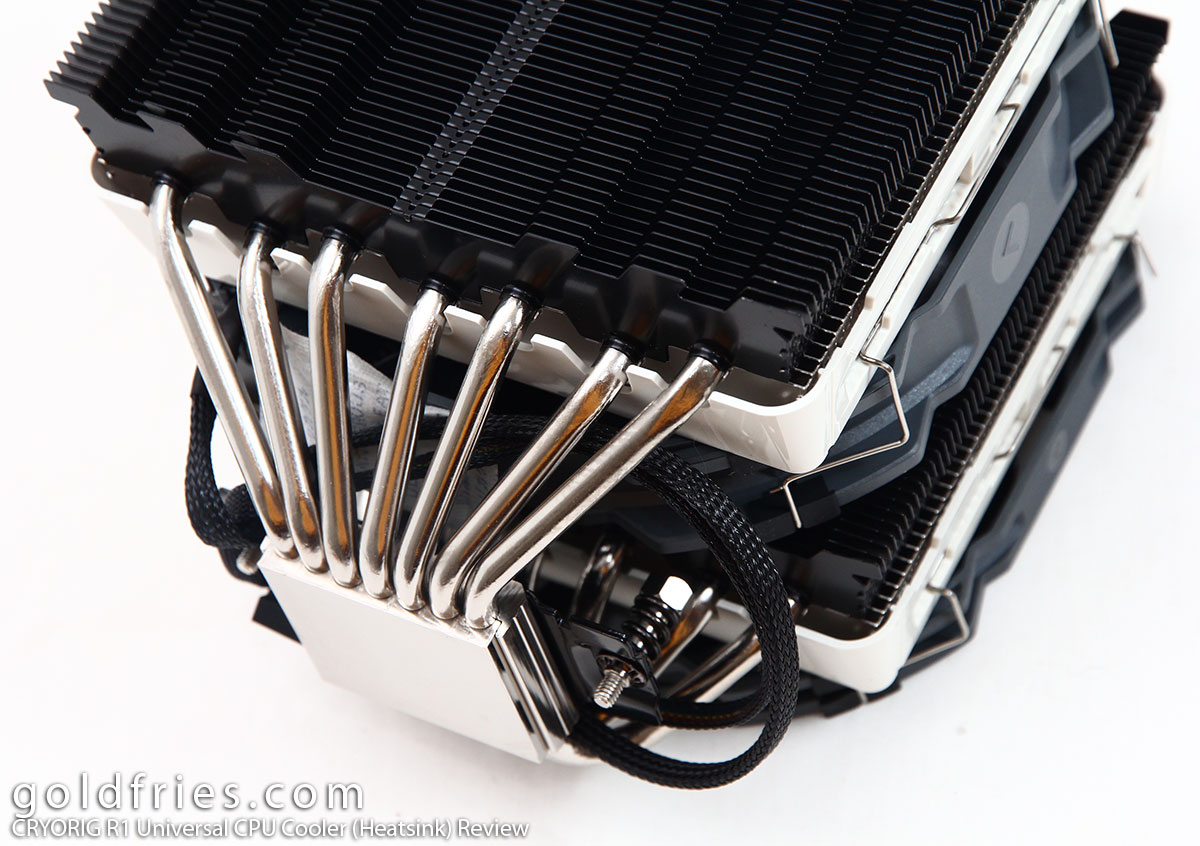 Here’s the base of the heatsink. 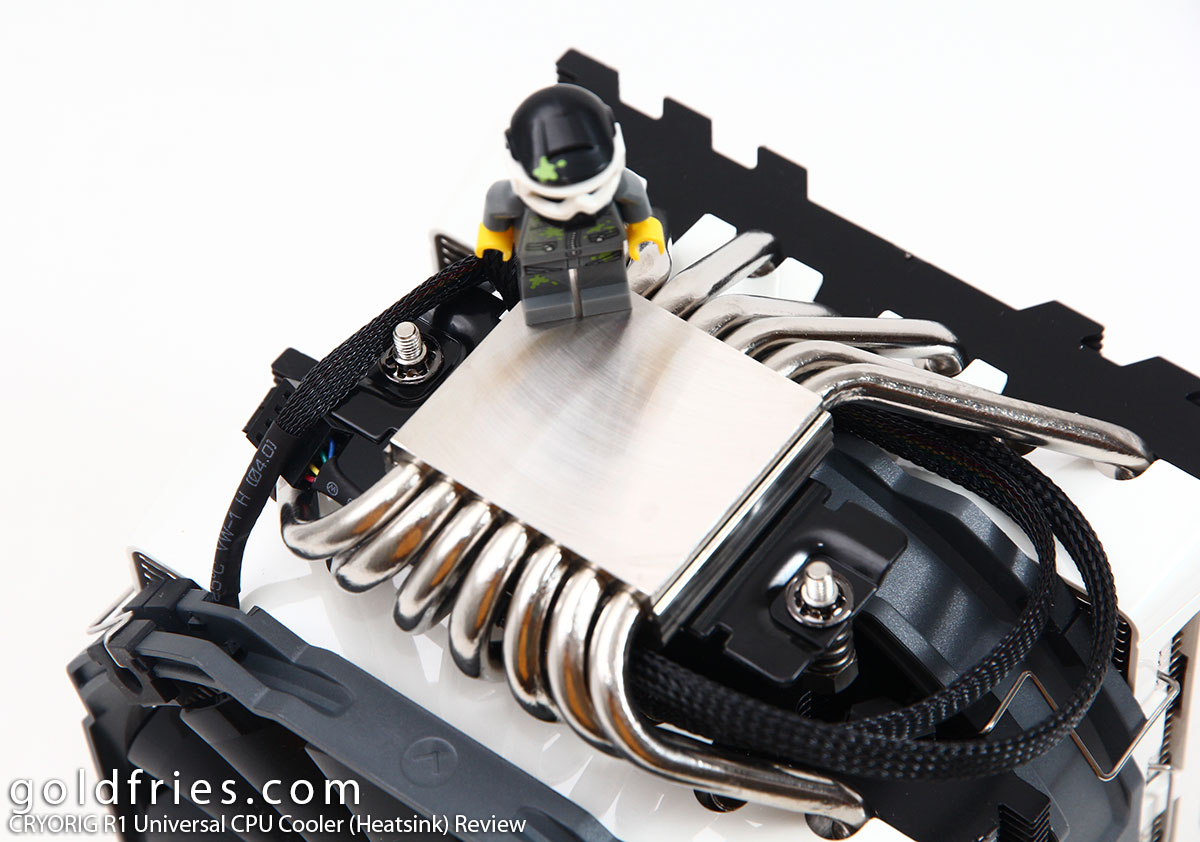 Here’s the specs as seen on the official product page.

The Cryorig R1 Universal is a huge heatsink and it has 2 locking screws that are very secure, which also means they’re very tight to twist with fingers.

Cryorig included the L shaped screw driver for this purpose and what’s great about it is that the heatsink has a cut-out area for the screw driver to reach the bottom. The installation can be done with any screw driver that has sufficient length to go through the heatsink.

As for the performance, it was tested on an Intel Core i5-4670K overclocked to 4.3Ghz at 1.25 vcore with room temperature set to 25Â°C. Below are the results.

Max speed and normal speed being of same temperature? Yes it is, I made no mistake in the readings. It looks like the higher RPM did nothing to help cooling it further. I’m more impressed that the performance is very close to the ThermalTake Water 3.0 Ultimate that costs some RM 200 extra!

It looks like Cryorig’s claims of various technology involved in the R1 isn’t just bullshit, the heatsink works great. And in case you didn’t notice, I even ran it fanless and the temperature is just very slightly above 80c! That’s fabulous!

Read more about the Cryorig R1 Universal and the technology involved at the official product page, like how the fins and heatpipes are designed to optimize heat dissipation.

The CRYORIG R1 Universal CPU Cooler retails at RM 329 and it is currently available at IdealTech.

It’s not the biggest of heatsink but I love the design, not just the appearance but the design in terms of performance and compatibility. It cools the processor well and the design was made such that it has no conflict with DIMM slots, and even if it does (on smaller boards) the components are placed such that there’s quite some gap between the cooler and the DIMM and this reduces incompatibility (space conflict) issues.

Here’s what it looks like in an NZXT H440 casing. 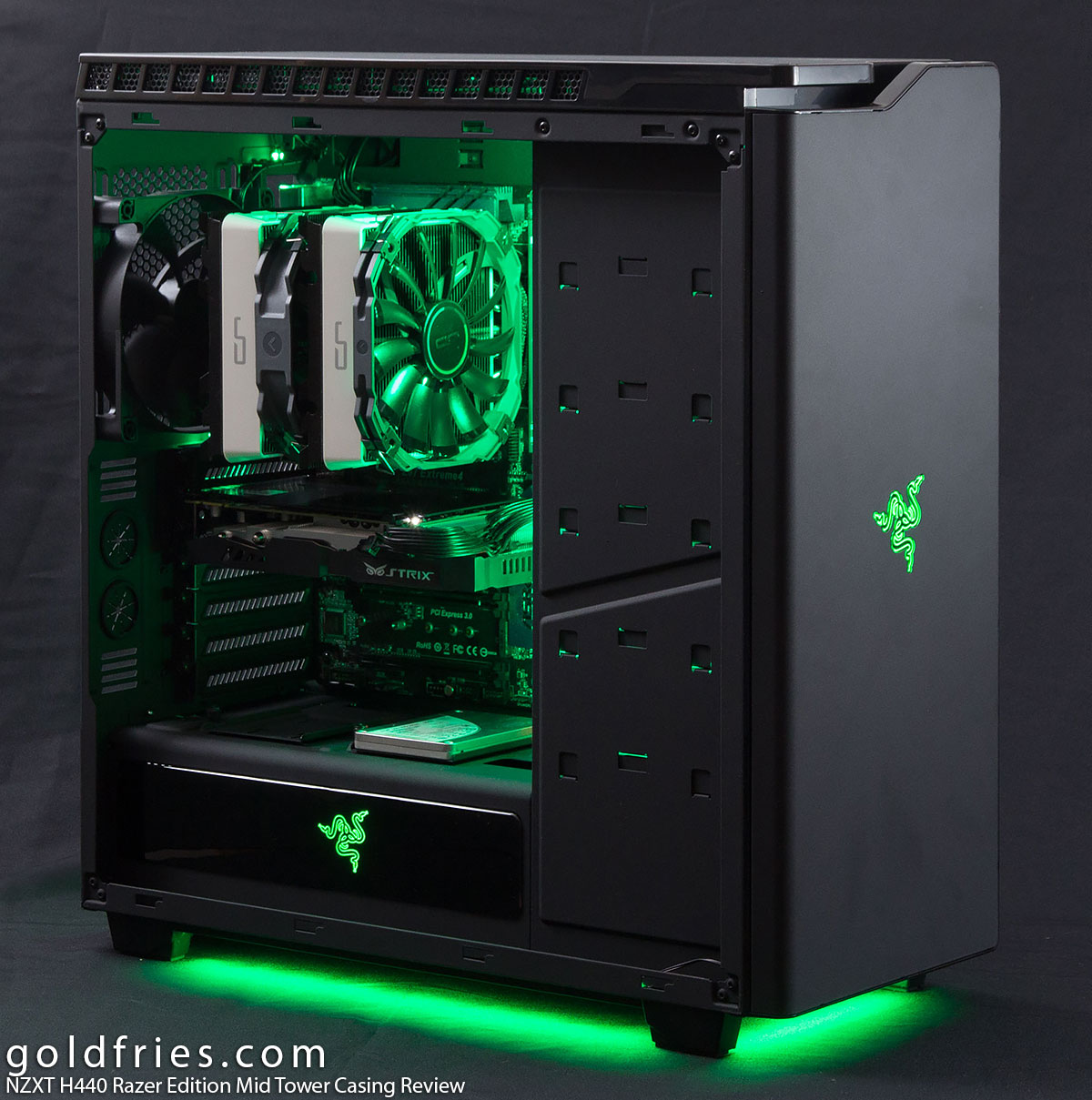