You’ve seen one STRIX and you’ve seen them all, the new product range from ASUS carries a very distinct design that is instantly recognizable. 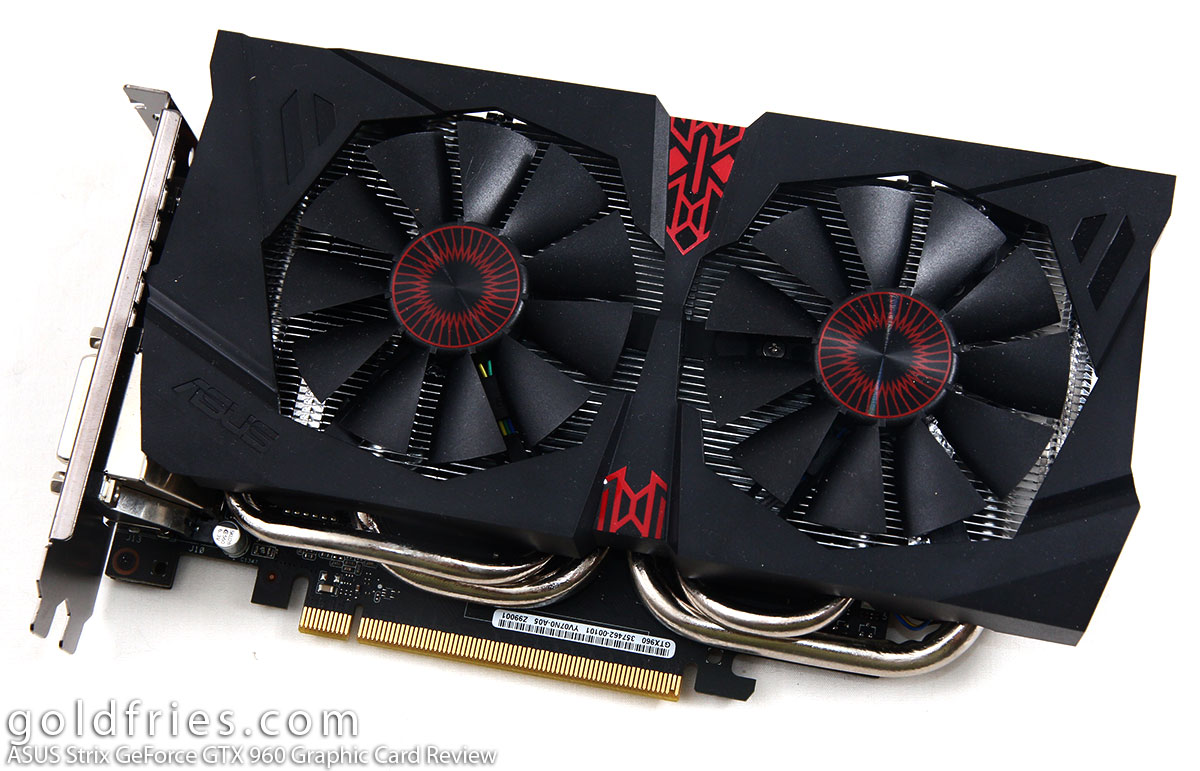 As always, ASUS’ STRIX line-up has an owl on the product box. 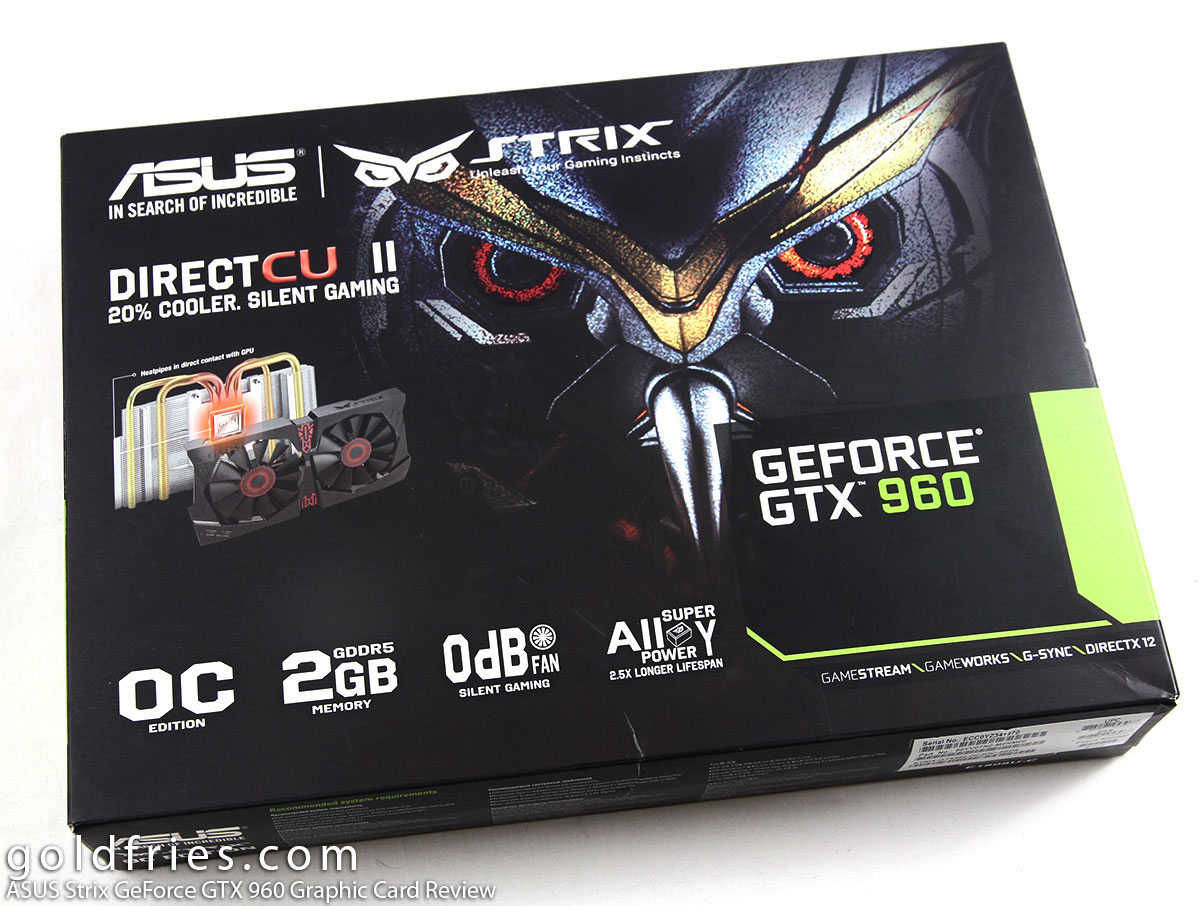 The card is short, it’s somewhere in between a card designed for ITX casing and one that’s full sized. Here’s the view from the other side, the I/O ports and the heatpipes being visible from the bottom. Despite being a short card, ASUS placed a backplate on the Strix GeForce GTX 960 which I think is a great move. The card looks awesome with it. 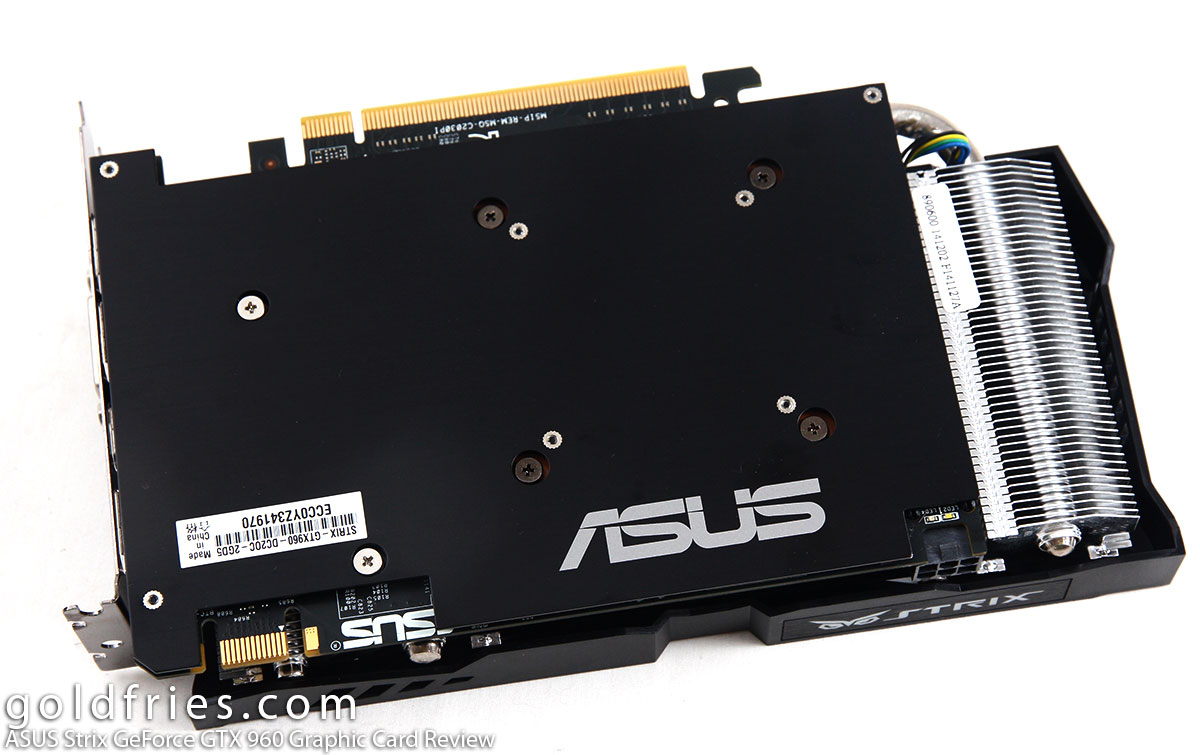 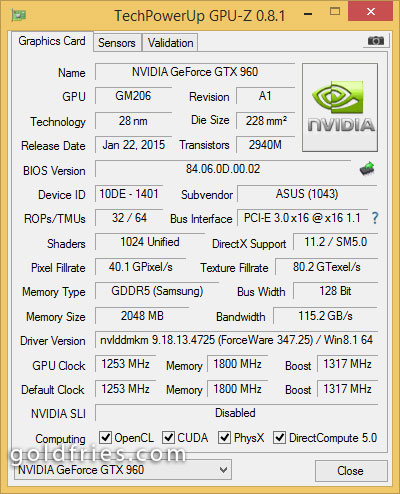 Based on my experience, this is hands down the best cooler for a GTX 960. The design isn’t great, in fact in some ways it actually looks quite ugly but what it does very well is cooling. When in AUTO mode the fan stops spinning completely, this makes the computer very silent and with no airflow means there’s no dust movement too. The fan only spins once the temperature reaches a certain level.

The ASUS Strix GeForce GTX 960 Graphic Card retails at RM 949, you still get good performance out of the box. It’s slightly (very) behind the PALIT Super JetStream GTX 960 but it retails at the same price and offers a much better performing cooling solution, and it comes with backplate too!

If you have budget to stretch but not having enough to acquire a GTX 970 then the ASUS Strix GeForce GTX 960 Graphic Card is the card that you should consider.