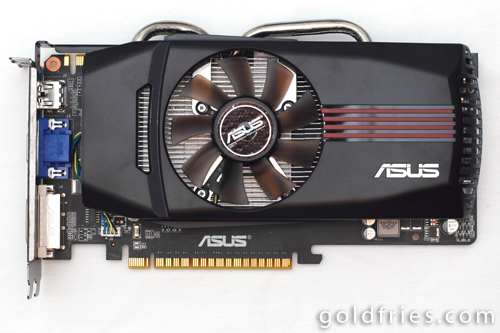 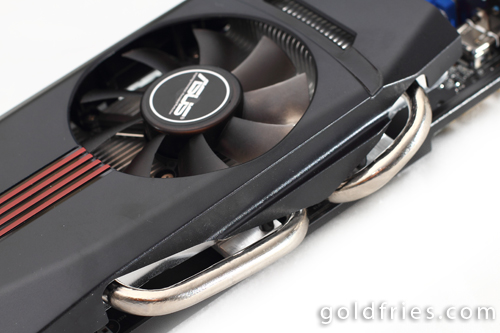 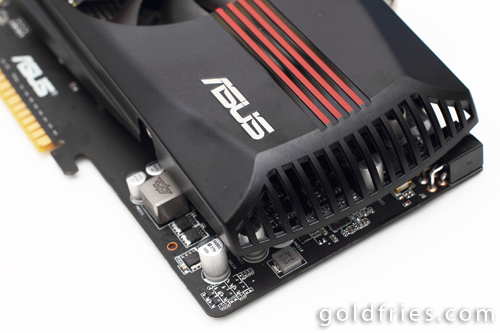 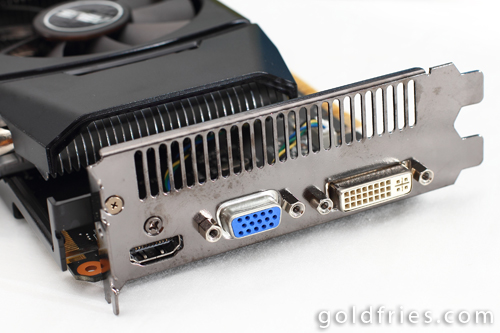 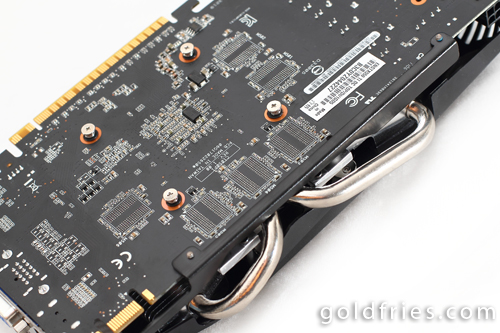 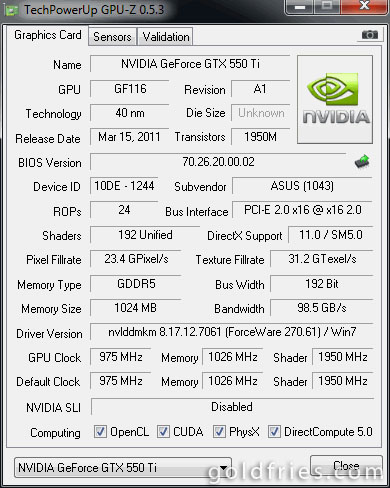 Just slightly faster than the GTS 450.

I’m quite surprised at the heat level, considering a GTS 450 is pretty close in power consumption and runs cooler but certainly the heatsink performs admirably, only 4Â° gain on stress.

A little more details on the maximum power consumption of the GTX 550 based cards.

Asus has a good product here but in my opinion, the nVidia GPU just doesn’t seem attractive. This is something that plagues all brands, must thanks to nVidia’s nonsense naming again. Usually the a model of the latest generation would perform similarly or better than the previous generation’s next step higher model. One would expect a GTX 550 to perform closely to the GTX 460 but this is not the case.

The GTX 550 is crippled with 192bit bus width, the only plus point against the GTX 460 is that it consumes only about 2/3 the power.

Being the premium brand ASUS is, the GTX 550 based graphic card doesn’t seem that attractive, considering one could acquire a GTX 460 card at same or lesser cost. 🙁 So basically ASUS GTX 550 Ti DirectCU TOP is a good product made unappealing because of nVidia’s GTX 550.

2011-05-05
Previous Post: How To Steady Yourself for Sharp (non-blur) Images
Next Post: Experiencing the IntelÂ® Turbo Boost Technology 2.0