Yes! It’s the game! Heck it’s not even titled “Ratatouille : The Game”, I just had to place “The Game” there just to make sure readers to know I’m reviewing the game and not the show! 😀 Oh by the way the show was just launched in Malaysia on 16th August, be sure to catch Rattoeat…… I mean Ratatouille when you can.

Now, what do I think about the Ratatouille game? FUUUUNNNNN!!!!!!! 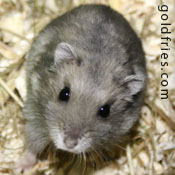 Now before I continue with the review, allow me to introduce my pet Hamster – Eggtart! As you can see he is a fine rodent and relative of Ratatouille to a certain extent. 😀 Too bad Eggtart can’t cook, oh well that’s too bad. Alright, back to the review.

And yeah, I bet he’s the first pet to be featured in a game review!

Ratatouille, a rat named Remy dreams of becoming a great chef despite his family’s wishes and obvious problem of being a rat in a decidedly rodent-phobic profession. When fate places Remy in the city of Paris, he finds himself ideally situated beneath a restaurant made famous by his culinary hero, Auguste Gusteau. Despite the apparent dangers of being an unwanted visitor in the kitchen at one of Paris’ most exclusive restaurants, Remy forms and unlikely partnership with Linguini, the garbage boy, who inadvertently discovers Remy’s amazing talents. They strike a deal ultimately setting into motion a hilarious chain of extraordinary events that turns the culinary world of Paris upside down.

Remy finds himself torn between following his dreams of returning forever to his previous existence as a rat. He learns the truth about friendship, family and having no choice but to be who he really is, a rat who wants to be a chef.

It’s a straight-forward game, you play Remy’s role throughout the game and occasionally you’ll get to play other roles as well for their mini-games (more on this later). Your objectives are pretty simple, run around, collect stuff, and avoid danger – that’s it. Running around as a rat is truly a new experience for me, going around in sewers, pipes, houses, picking apple cores………… ok wait, that last one isn’t exactly interesting but heck who cares, it’s just a game. 🙂

Basically you (as Remy) will always be given a task and in order to complete it, you’ll have to find your way through the given obstacles and collect whatever that’s collectible alone the way. You’ll come by dangers along the way, you could avoid them or in some case, squash them with a rolling ball or give them a whip with your tail. You also have Scent Vision, using your nose to sniff out the items that you’re supposed to collect and find out the path you’re suppose to take to accomplish the mission.

You could look at it as a kiddy version of Prince of Persia games. For those who play consoles, Crash Bandicoot comes to mind.

While the game was fun, it’s not something EASY to play. I had no problem playing the game as when it comes to running my character around obstacles but what about kids, teens and the average parent who’s not into computer gaming? Logically speaking, kids would love the content by they’ll probably not even pass tutorial due to the HUGE requirement on skills and those with skills on the other hand would not be playing this game due to it’s kiddy content.

I personally think that this game is more suitable for gaming-experienced people to play while the rest watch. Baby-sitting content perhaps, like having a father or big brother playing the game while the juniors just enjoy whatever that comes along.

It’s a good thing that they’ve included mini-games. Yes! They do, these mini-games are mostly puzzle games that are simple to play, just see what appears and press the necessary buttons. 🙂 While some of the mini-games are introduced here and there within the game, some are accessible from the main menu. (even more on mini-games later). Generally the mini-games are a test of your reflexes, the faster you are the higher your record.

While Ratatouille was an enjoyable game, it also suffers from quite a few annoyances, for example the in-game tutorial was poorly done. “Press the DASH button to……” but heck – which is the DASH button? It would’ve been MUCH better if they could at least state the default key instead of making people search. And searching for the info on button wasn’t simple, it wasn’t stated in the game itself or any of the options. You could find it on the autoplay interface’s control configuration but this couldn’t be accessed when you’re in the game or even when you ALT+TAB to the desktop. So yeah, in the end you’ll just have to find the box, open the manual and look for the game controls page. And unlike other games, the quick reference for controls aren’t at the back cover, so yeah – flip your way!

Speaking of keys, the placement of keys were poor. Instead of placing those other action keys near the WASD keys, they had to place use keys like T, G and H. Try running (with W) and press dash (with H) without using your right hand because your right hand would be busy with the camera angles. I changed the dash button to SHIFT instead, the key I use for NOS boost in Need for Speed games.

Oh and to make things worse, Player 2 controls aren’t found in the game and neither are they in the manual. 🙂 You have to quit the game, visit the AUTOPLAY menu and find out what’s the key before embarking on multiplayer games. (more on this later)

In my opinion the game is good, I personally enjoy the content and have no problem overcoming the obstacles thrown at me but I pity those who bought it but lack the skill to progress.

There’s a consolation to this matter however, the game does not have a GAME OVER thing. 🙂 So if Remy got beaten up or ended up committing unintended suicide, it’s not an issue, the game just loads itself not far from the point of demise and you’ll just have to try it again until you get it right.

The game ran very well, with very high framerates despite turning on maximum details on maximum resolution, in fact even with “High” texture quality chosen, the game textures look pretty much like low-detailed textures. 😀 Textures aside, the game looks good. Running around at high speed reminds you of playing Need For Speed, especially with the motion blur effect.

As you observe the details of the surrounding, like the various objects you come by in the game, you’ll notice that they have very low polygon count. For example, the cups, wheels, paint and some other rounded items had only 6 – 8 sides and plus the fact that the textures are low – it’s a great idea to improve framerates. 😀 Mind you, unless you were capturing shots like me, you wouldn’t notice that these items had so few sides. I mean really, I only noticed more of it after viewing the screenshots. As you can see from those scenes, I was busy running the rat around while snapping shots.

Another thing thing I like about this game is that your camera angle is not fixed to always be at the back of your head like those in Prince of Persia which could be pretty annoying when you’re in an enclosed area and being backed to the wall.

Conversations were clear, sound effects were interesting and above all – the memorable soundtracks from the movie! Nice touch!

While Ratatouille does not have online gaming or network gaming option, it comes with multi-player modes for the mini-games. So instead of enjoying the game alone, you have Player 1 vs Player 2 type of mini-games and even Championship games (that’s what they call it) where you could have a bunch of friends taking turn to cross a challenge and see who’s the winner.

Cool eh? It’s been quite a while since I come by a game that has 2 player gaming mode without having to resort to acquiring another machine, and another game CD.

Overall, Ratatouille is a very entertaining game. Sure, it has it’s weakness like it’s badly done tutorial and require quite some skill to play but hey, if you have the skills to play and a little bit of patience to figure out sort out the tutorial & key related issues – it’s fun all the way! At least it’s not like some games where the unit AI annoys you to the brink of insanity.